November 18 2015
48
If you ask citizens on the streets what territories the former Russian Empire lost after the 1917 revolution of the year and the Civil War, then Poland, Finland or the Baltic States are most often remembered. More rarely, Bessarabia annexed by Romania. Transcaucasia sounds extremely rare, despite considerable territorial losses in favor of Turkey. The city of Kars went to the Russian Empire under the San Stefano Peace Treaty and for four long years was in its composition. Until now, in those places you can find a lot of houses, which in Russia are called pre-revolutionary buildings. Even the construction of windows is more typical of the traditionally Russian, although politically this region is not Russian for almost a hundred years. 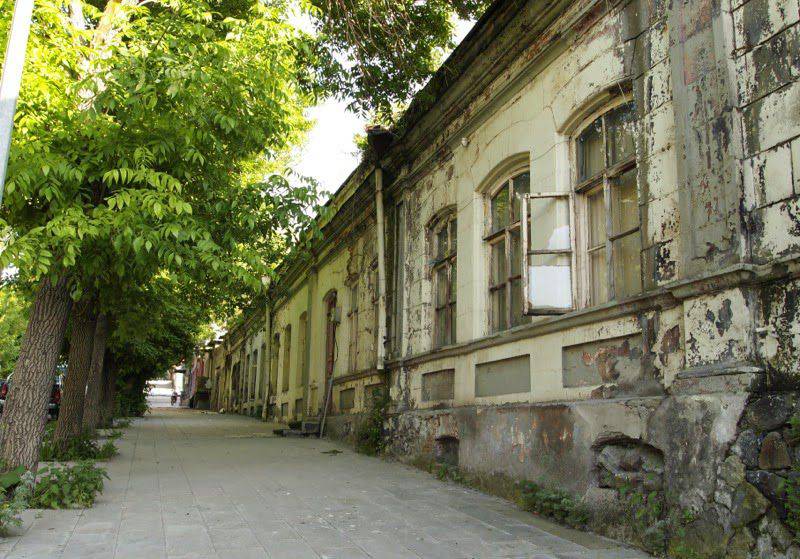 According to the Brest Peace Treaty with Soviet Russia, and then, according to the Kars Treaty with the republics of the Transcaucasus, the entire region retreated to Turkey, and this territory was immediately seized by its troops. The Armenian population had been largely driven out before, and its cultural heritage was destroyed. To this day, the ruins of Armenian churches are clearly guessed among the local landscape. 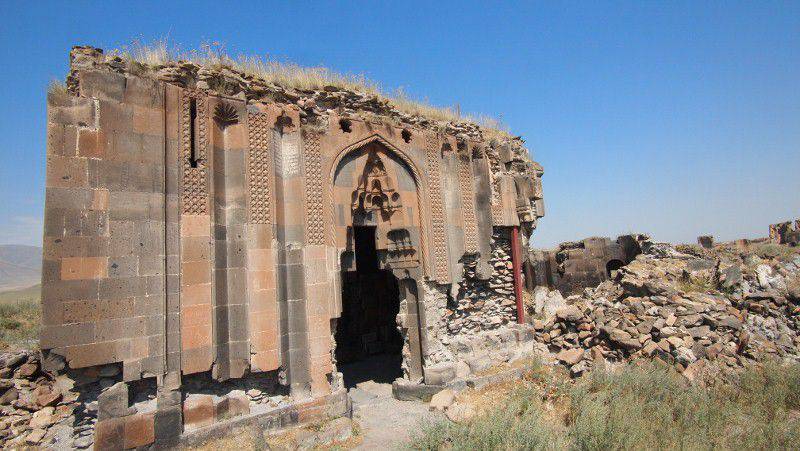 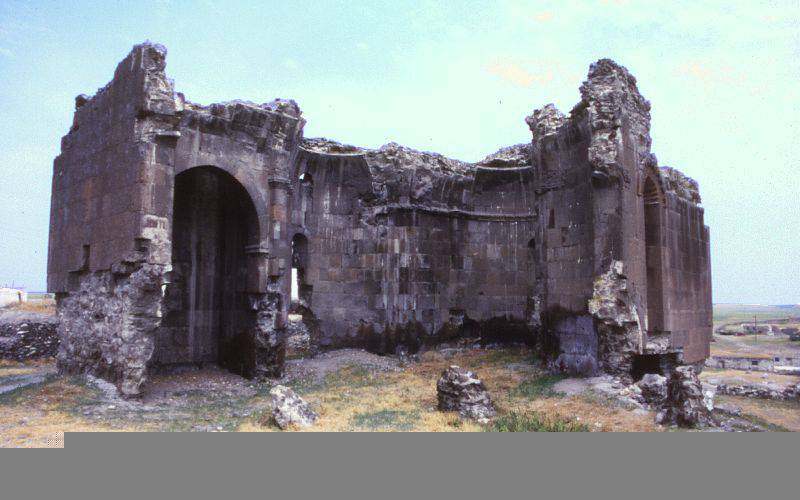 Why did it happen so? First of all, because the Turks before the Russians managed to overcome the chaos that arose after the First World War and the collapse of the empire. Having crystallized as a nation and having built capable institutions of a new state in the shortest possible time, Turkey received before Russia historical an advantage that she immediately realized. For Soviet Russia at that moment, it was critical to get a calm border in the south and break through the diplomatic blockade. The loss of a remote area seemed an acceptable exchange. By the way, Armenia was weakening along the way, the elite of which had recently actively been eager for independence. 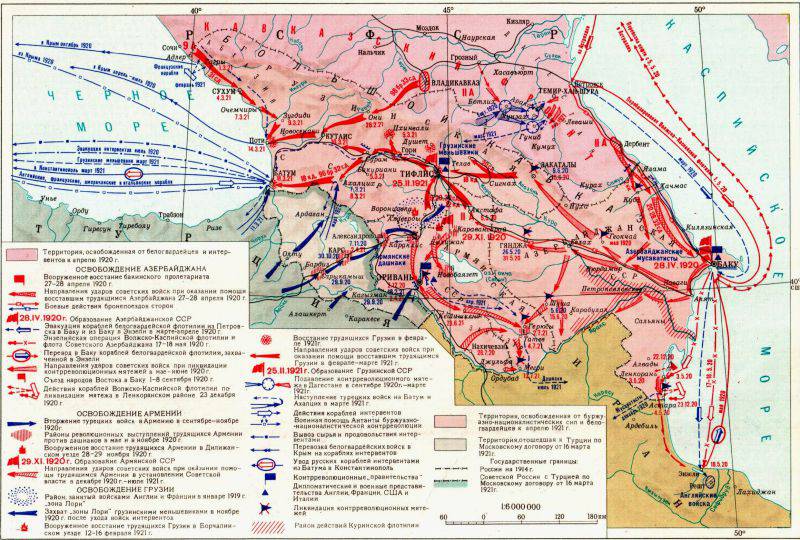 Concessions are highlighted in light gray. 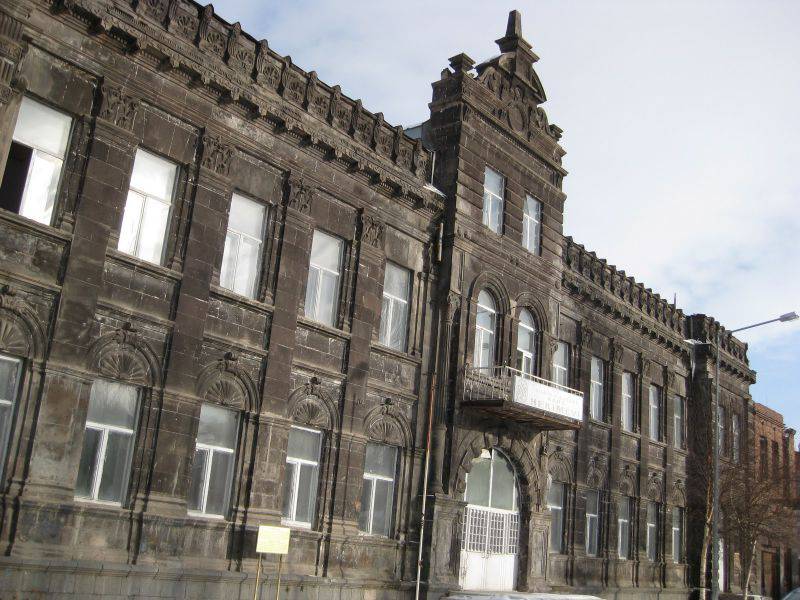 Later in Soviet historiography, this concession was not liked to be remembered. After all, if the losses in the west could be attributed to the machinations of Germany and the Entente, then Kars and the surrounding territories, it seems, gave themselves away. And it makes no sense to grieve that the honeymoon of Soviet Russia and Turkey ended so soon. After all, in politics there are no eternal friends or eternal enemies. There are only eternal interests. 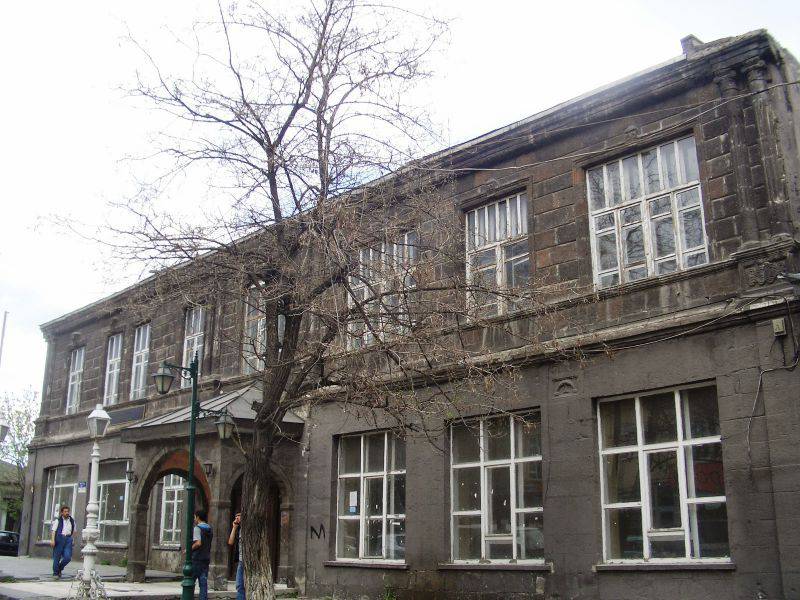 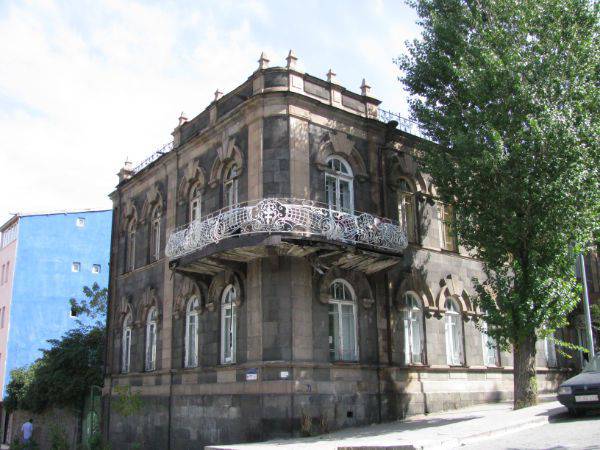 On this, by the way, the history of Kars might not have ended. In 1946, Stalin decided to punish Ankara for allowing German ships to enter the Black Sea during World War II and other similarly dubious actions. The Georgian and Armenian SSR put forward territorial claims to Turkey, which provided for the return of lost land with interest. To confirm the seriousness of intentions, parts of the Soviet army began to advance to positions in the Transcaucasus and Northern Iran. At the same time, there was a similar movement in Bulgaria, from which it was supposed to march on Istanbul, in which, following the results of the invasion, it was supposed to set up Soviet military bases.

Turkey, which had no chance against the USSR, did the only thing left for it - it made a diplomatic noise, in the hope of helping Britain and the United States. The calculation was justified in full. Western allies, frightened by the unprecedented strengthening of the power of the USSR, were ready to use a nuclear bomb in the Soviet Union and Moscow had to abandon its intentions to return the lost part of Transcaucasia. 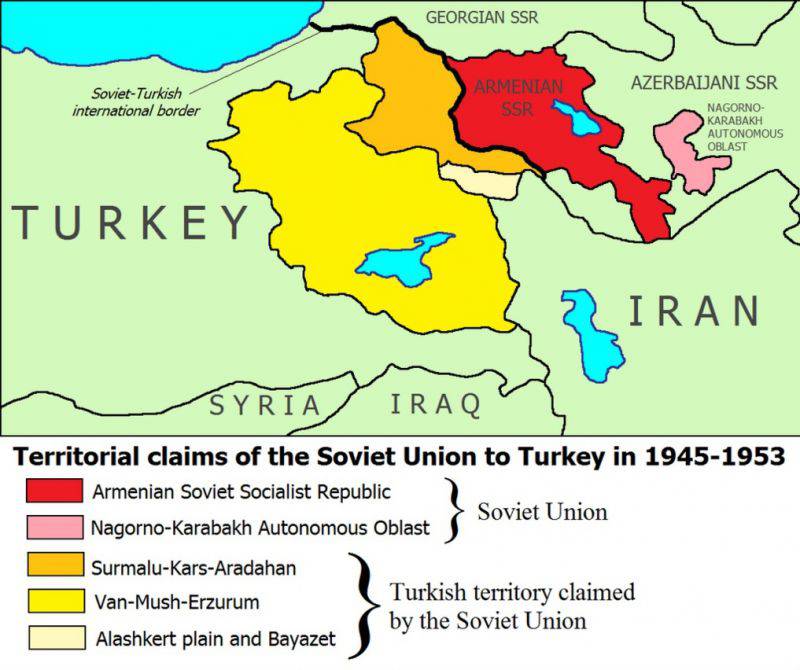 In 1953, the USSR abandoned claims for Kars. Turkey by the time a year was in NATO. Modern Armenia does not recognize the Treaty of Kars, and Georgia denounced it after the Ajarian crisis of 2004, when Turkey threatened to send troops into Batumi, relying on this document.

Ctrl Enter
Noticed oshЫbku Highlight text and press. Ctrl + Enter
We are
The development of the military-industrial complex of the Russian Empire in the years of WWIFrom the history of own names of aircraft of Russia, 1885-1917 years
Military Reviewin Yandex News
Military Reviewin Google News
48 comments
Information
Dear reader, to leave comments on the publication, you must to register.