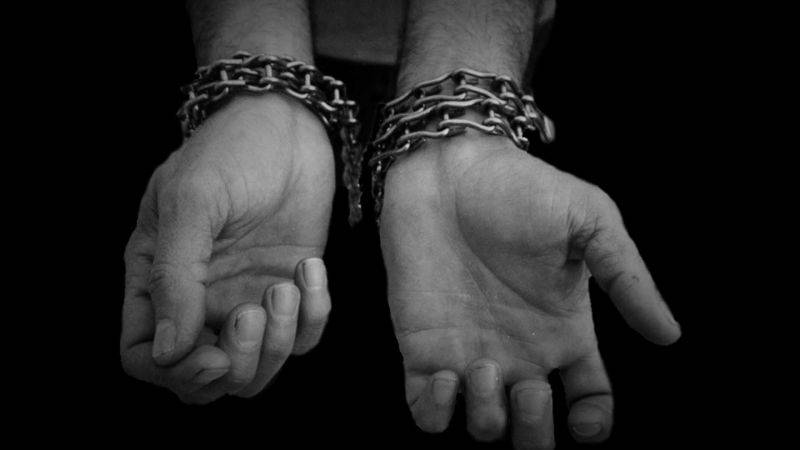 Often, the interlocutors appeal to the wonderful and enlightened West, opposing it to a dark and barbarous Russia (without fools - that is how they formulate it).

Moreover, these people do not own stories Neither Western, often do not know, or they know but rather mosaic: “here it’s not read here, and then the fish was wrapped”.

About how the West has everything “wonderful” - only lazy has not said. So wonderful that even a new reconquest is vital.

But now let's talk a little bit differently - to recall one of the little-known (and taboo) pages of the history of this very “non-barbarous” West.

Many people know that Western "welfare" is obtained by various methods. Including - the seizure of other continents, followed by plunder and the destruction of local civilizations that hindered the development of new lands.

But it would be okay if it was limited to other continents (colonies) - the West did not disdain to be "neighbors."

And we will not even remember about the knife, which was planted in the back of Byzantium by the western “allies” ... let's turn to matters less distant and not so old ...

Few know that America knew white slaves. It was on their shoulders that all the construction of the first colonies of the New World lay (the Negroes joined later). These white slaves are Irish.

I present to your attention a translation of an article about Irish slaves, written (not by Soloviev or Kiselev!) ... as you might have thought, but by a Canadian researcher from Montreal - by John Martin.

They came as slaves: a human cargo carried by British ships to the shores of both Americas. They were loaded with hundreds of thousands - men, women, and even small children.

If they were indignant or did not obey orders, they were punished in the most cruel way. The master could hang his guilty slave by the hand and set his hands or feet on fire as a punishment. Some were burned alive, and their heads, put on stakes, were exposed on the market square to teach other slaves.

We should not go into all the horrific details, should we? We are well aware of all the horrors of the African slave trade.

But is it about African slaves? Kings James VI and Charles I also worked hard to enslave the Irish. British Oliver Cromwell continued this practice of depriving the human status of his closest neighbors.

The Irish slave trade began when James VI sold the 30.000 Irish prisoners as slaves to the New World. His Proclamation from 1625 obliged to expel political prisoners across the seas and there sell to English settlers in the West Indies.

In the middle of the 1600's, the Irish made up the bulk of the slaves sold in Antigua and Monsterrat. By that time, 70% of the total population of Monsterrat were Irish slaves.

Very quickly, Ireland became the main source of human goods for English merchants. The first slaves of the New World were mostly white.

Families were broken up because the British did not allow fathers of families to take children and wives with them on a trip across the Atlantic Ocean. This has led to the emergence of a whole population of unprotected homeless women and children. The British decision was also to put them under the hammer.

Iberians by origin belong to the African race, spread over thousands of years through Spain through Western Europe. Their remains were found in mounds, or burial sites, at various points in these lands. Skulls are low type. They came to Ireland and mingled with the local residents of the South and the West, who in turn allegedly belong to a lower type of origin, being descendants of the savages of the Stone Age, who, because of their isolation from the outside world, could not develop in a healthy struggle for life, and therefore gave way, according to the laws of nature, to the higher races.

During 1650, over 100.000 Irish children between the ages of 10 and 14 were separated from their parents and sold into slavery in Vesti-India, Virginia and New England. In this decade, the 52.000 Irish (most of them women and children) were sold to Barbados and Virginia.

Other 30.000 Irish men and women were also shipped out and sold to the highest bidders. In the 1656 year, 2.000 Irish children, on the orders of Cromwell, were taken to Jamaica and sold there to English settlers.

Many avoid calling Irish slaves what they really were: slaves. Suggestions are terms like “contracted worker” to describe what happened to the Irish. In fact, in 17 and 18 for centuries, Irish slaves were, in most cases, nothing more than a human commodity.

For example, the trade in African slaves only began at the same time period. According to numerous documented testimonies, African slaves, unspotted by their adherence to the hated Catholic doctrine, were often treated better than their Irish comrades in misfortune.

African slaves in the late 1600-x were highly valued (£ 50). Irish slaves were much cheaper (no more than 5 pounds). If the planter s, branded or slaughtered an Irish slave before death, it was not considered a crime. Death incurred a financial loss, but much less than the murder of a more expensive African.

The English slave-owners very quickly engaged in the breeding of Irish women, both for their own pleasure and for their greater benefit. The slave children were also slaves, which increased the master's free labor.

Even if the Irish woman somehow managed to get freedom, her children remained slaves to their master. Thus, the Irish mothers, despite the newfound freedom, often could not leave the children and remained in the service.

Over time, the British found the best way to use these women to improve their market position: settlers began to cross Irish women and girls (in most cases no older than 12) with African men to remove slaves with a certain appearance. New mulatto slaves brought more profits than the Irish; moreover, they would save the settlers the money they would need to purchase new African slaves.

England continued to transport tens of thousands of enslaved Irish for over a century. According to testimonies, after the Irish uprising in 1798, thousands of Irish prisoners were sold to both America and Australia.

There is no doubt that the Irish experienced all the horrors of slavery to the same extent (if not more during the 17 century), as the Africans. There is also no doubt that the swarthy locals you encounter while traveling in the West Indies are likely to have both Irish and African ancestors.

In 1839, Britain finally decided to get off this satanic path and stopped the supply of slaves. And although this decision had no effect on the activities of the pirates, the new law gradually began to bring the history of the suffering of the Irish to an end.

However, if anyone, of the black or white race, believes that slavery was exclusively for Africans, they are deeply mistaken. Irish slavery should not be erased from our memory.

But why then is this topic so rarely discussed? Are the memories of hundreds of thousands of Irish victims worthy of no more than the mention of some unknown writer?

Or what should their masters so desire to happen with their history - complete extinction, as if this never happened?

None of the affected Irish could not return to their native shores to talk about their suffering. These are the missing slaves, those that are successfully forgotten by time and cleaned up history books.

Ctrl Enter
Noticed oshЫbku Highlight text and press. Ctrl + Enter
We are
“The Slave Revolution”: how did slaves fight for their freedom, what was the result of slavery in the modern world?White negros in European societies of the New Time, or should the English be considered a nation of slaves
47 comments
Information
Dear reader, to leave comments on the publication, you must to register.