There is no need to shout. On the issue of debt restructuring in Ukraine 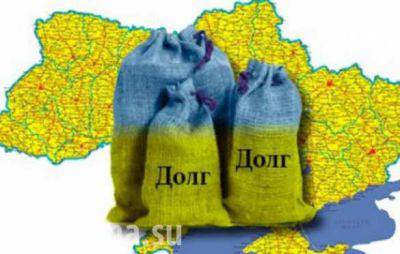 I would like to give a few comments about the sensational informational note.
"The President of Russia announced the decision on the restructuring of Ukrainian debt". And followers comments on it.


How many times have the world been told that first it is necessary to understand what is happening, and only then shout about the need for Maidan and others. Incorrect materials happen in which the essence of the moment is not fully reflected. But there are primary sources to which these materials refer. Carefully reading both the note and the comments, reading the original source, I want to say the following: let's deal line by line.

It must be said that informational notes differ from the articles in that they carry the main message, so to speak. Yes, in our case the message was a bit flawed. But this does not change the essence of what is happening.

So, discarding the "flashy headlines" of the media, designed to attract the attention of readers, we look at what Putin said.

"Russia has offered to extend the payment on the debt of Ukraine for 2016-2018 for $ 1 billion per year, said Russian President Vladimir Putin to journalists."

Here is the key word - "suggested“Therefore, even the title of the TASS message is“ crooked. ”The payment was not postponed. Only the offer was made.

From this statement, it all started. "Putinlisl", "naspredali", "vernitenashidigi" and stuff like that. Kindergarten, not comments, to be honest. It seems that Ukraine has these 3 billion just lying in the basement of the State Bank, and the only question is how to give them to Russia - cash, lard or transfer.

Dear readers, are you talking about? What kind of return of any debt? Ukraine for interest alone can not scrape money. And you already shout about debts. Or do you seriously think that there, across the ocean, a kind uncle will pour three billion so that life in Russia becomes more fun with them?

What kind of world do you exist in?

I quote Putin again. Just that moment, which is not included in the note.

"Since our partners are confident that the creditworthiness of the Ukrainian state will grow, and we have no reason to doubt that we will receive even three billion next year, there are no concerns among our partners to come up with a guarantee on this loan."

Here! This is where everything that you screamed around is hidden. This is not Putin who came up with the initiative to forgive Ukraine’s debt. It was him somewhere there, on the sidelines, they mumbled, arguing that "the creditworthiness of the Ukrainian state will grow." And who rebelled on the restructuring? Yeah ...

"And we have no reason to doubt that we will receive even three billion next year, there are no fears from our partners to come up with a guarantee on this loan."

I translate. Especially for those who raised the liberokrik. If the EU and the United States believe that things in Ukraine will go to the amendment (with the help of the IMF), then, gentlemen intercessor, give us (Russia) a guarantee that you are responsible for the market.

Do you (in the West) think that everything in Ukraine will be chocolate at next year? No problem. We are ready not just to wait, but even how: one billion a year. BUT YOU us it guarantee.

All (or almost all) took credit in their lives. Who is the guarantor / guarantor of the loan? This is the one who, in the event of your insolvency, repays your debt to the bank for you. And you will deal in my own way. As a guarantee.

So, gentlemen screamers. Putin is trying (it is trying, in the West, too, not fools are sitting) to shape Russia with a sort of bank. And in the event of a final and irrevocable default of Ukraine, fuck anything from the West. Because from Ukraine, of course, nothing really can be taken. Officially at least.

veksha50
Quote: Yuyuka
2) who said that we with the help of the courts would not have pulled out this money, at least through the seizure of property and sanctions? we still buy goods from them ??
Um ... You forgot how much in Russia in the case of Yukos hung ???
How was our sailing training bark arrested ??? Well, and so on, and in the same vein ...
Through the court line with two things, we’ll get something out ... There, the Egghead is no longer 3 lard, but trillions Russia considers the debts, and it will be the same ... to write and sue ... And the debriefing will last 100 years before grandma’s conspiracy ...

In fact, the voice of crying in the wilderness. However, there is more logic and reason than in putntsil cries in 50. I find it difficult to calculate what kind of gray matter and how much it is necessary to have in order to seriously expect that those sitting in Stockholm, Geneva, Brussels and other The Hague will be seriously concerned about getting Russia its debts. But by the number of relevant comments it is noticeable that there is a shortage.

And this is normal. The main thing here is to shout louder. And for this to read line by line and by letter is not necessary at all. I will say even more, and there is no need to read the article. Title and comments. It is enough to give birth to a cry of an indignant soul.

Baikonur (5) SU
I told you, ours will be blown away!
Well, until the Nazis will forgive? BUT! At what gate can such humiliation and insults come into? Citizens of Russia, which raise utility tariffs, taxes, prices !!! What kind of e ........... ????

Angro Magno SU
I did not speak, but quietly was afraid of it. It turns out, not in vain afraid. I sensed.
It remains to congratulate the pupils from the present, but not fictional Peremoga. Yaytsenyuk did Putin, as promised.
Interestingly, what will the witnesses of the BSP now?

Oh, these loud-shouting ones from under the USSR flag ... Moreover, for the most part, unnamed users. In general, the last time this flag is just a refuge for such here ... know-all and all-understanding.

People are smart, they understand that zero, no matter what you do with it arithmetically, will remain zero. But this is difficult to understand, apparently. Of course, serve you tank columns marching from Kiev to Calais, victorious reports and all that. Including for some reason you really want this final and irrevocable default of Ukraine.

Directly Tukhachevsky, neither give nor take. Shut off the gas, arrange a default ... Thank God that the god does not give horns to the awesome cows, otherwise they would definitely have blocked them. And hopealti. You, judging by the statements of the Ukrainian authorities about all the people, don’t understand too much, you don’t even want to voice.

But one thing I will voice all the same. Two can "not reach." By all possible methods of postponing the default of Ukraine, Putin and his associates are “holding” the Donbass. It is difficult for you, loud-voiced, to understand that in the event of a final and irrevocable financial collapse of the Ukrainian system, the first thing that will be done is to cut off the power supply of Donbass and Crimea. And about this Demchishin spoke, and spoke more than once. You can shout that there is “everything in the ointment” and “everything is seized”, but many here, including us, are aware of who has been seized there, and how.

And personally, we will be very pleased if December 20 does not become a “D-day” for Donbass and Crimea. We, unlike you, understand this. Although the hope that the West will accept Putin’s proposal is minimal, we still hope that the case will burn out.

And we will be quite satisfied if our friends are in the Donbas, that in Ukraine they will be able to survive this winter relatively normally. Of course, in the concept of any agromagno it does not fit, but ...

The smartest and greatest man in stories the Russian state once said: "You need great upheavals, but I need a great Russia." So we want not only great Russia to be, but also Ukraine. And for this it is necessary that those who will build this Ukraine remain there.

Putin took another step that no one expected from him. Smart and tough in content. And God forbid that he got it all.

And if someone does not like it, then, together with one of our marshals, they can unanimously "turn their backs to Putin" (we do not know how he will survive it) and go in the opposite direction. To the west. And we sincerely wish you good luck and success.