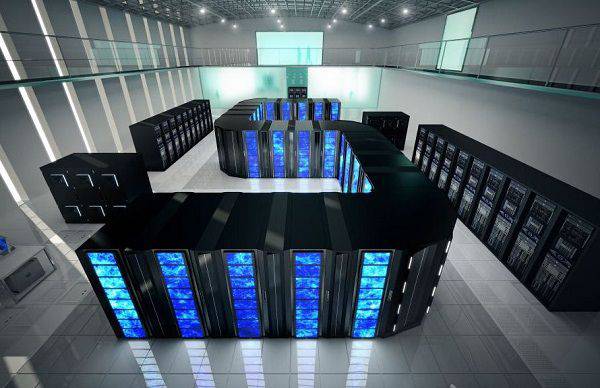 How the state wanted to help strategically important industries

During the audit of the use of budgetary funds aimed at financing the creation of Innopolis, the Accounts Chamber discovered the absence of practical results from another budget project - “Development of supercomputers and grid technologies” (from the English. Grid - grid, network; - Ed.) . The project was approved in 2009 by the Commission under President Dmitry Medvedev on modernization and technical development of the economy.

The aim of the project was the creation of domestic supercomputer simulation technology for enterprises of high-tech industries.

"Historically, to work with supercomputers, it was necessary to have physical access to them," explains the head of the project, the Information Democracy Foundation, former Deputy Minister of Communications, Ilya Massuh. - With the advent of the Internet, it became possible to get remote access to supercomputers. But conventional communication channels are not enough to transmit all the results that supercomputers receive, and therefore the need arose to create a dedicated communication network. ”

In 2010-2012 4,93 billion were allocated from the federal budget for the project implementation, including rubles, including 750 million rubles through the Ministry of Communications and Mass Communications (the Ministry submitted these data to the analytical center under the Government in 2013). The main consumer of budgetary funds was the state corporation Rosatom (for example, in 2010, it received 1,1 billion rubles for this purpose).

In 2012, the construction of the grid infrastructure was completed. According to Rosatom, by this time the total performance of the supercomputers installed in the state corporation's data centers amounted to 2610 Tflops with the Tflops embedded in the 1400 project. As part of the project, a base series of compact supercomputers was created, which made it possible to reduce the thematic gap from the US by 50.

It also created software for simulation modeling and created virtual models for aircraft manufacturing, the nuclear industry, the rocket and space industry, and the automotive industry.

However, the introduction of supercomputer and grid technologies by the project consumers (strategic sectors) did not happen, the Accounting Chamber states. Moreover, the 160 million rubles that the Ministry of Communications and Mass Media should have received from the federal budget for this project were transferred by the ministry to the construction of Innopolis in Tatarstan (that year Nikolay Nikiforov was an active supporter of the development of Innopolis). No further funding was provided to the grid.

The reasons for the loss of interest in the supercomputer project and the grid network lie in the fact that in the summer of 2012, after Vladimir Putin became president, the Commission on Modernization was liquidated. Instead, the Presidential Council on Economic Modernization and Innovative Development was formed. As the Ministry of Communications and Mass Media informed the Accounts Chamber, the issue of continuity by the Council’s work on the commission’s work, and, accordingly, the issue of amending projects previously approved by the commission, was not resolved.

Security Council is looking for a responsible

In the spring of 2013, the Ministry of Communications and Mass Media made a report on the construction of a grid network at a meeting of the Security Council’s interdepartmental commission on information security. According to the Ministry of Communications and Mass Media, which is contained in the document of the Accounts Chamber, in order to further implement the project and use its results, it is necessary to determine the state customer - the project coordinator.

Having heard the report of the ministry, the commission recommended the Government to pay attention to the measures for interdepartmental coordination, including the definition of the authorized body, as well as a set of measures and funding for further periods. At the current moment, the Presidential Office of the Security Council is expected to instruct the President to work out the feasibility of further measures for the development of grid networks.

What is a grid network

Now the grid network consists of an 21 facility in nine Russian cities. In particular, seven facilities were installed in Moscow: at the supercomputer center of the Russian Academy of Sciences, at Moscow State University (now its equipment has been transferred to the server Ministry of Communications), at the Voskhod Scientific Research Institute, as well as at communication centers on Warsaw highway and Butlerov street.

There are objects in Nizhny Novgorod (at the Nizhny Novgorod University), Rostov-on-Don (at the Southern Federal University), Yekaterinburg (at the Ural Branch of the Russian Academy of Sciences) and in Kazan (at the Kazan Center of the Russian Academy of Sciences). In each of these four cities, one more object was installed at the sites of RTKomm.ru.

Also, one object is located in the Nizhny Novgorod region - in Sarov (in the All-Russian Research Institute of Experimental Physics).

The last contract
In 2012, the last works on the project were carried out by the Scientific Research Institute “Voskhod”, with which the Ministry of Communications and Science signed a contract for the amount of 180 million rubles. It was signed as a result of the auction with a starting price of 330 million rubles. These funds were used to create design documentation and organizational and administrative documents for the commissioning of the Russian grid network.

Currently, the Ministry of Communications and Mass Media conducts an annual inventory of the grid system. So, as of the end of 2013, it contained equipment with a total value of 260 million rubles. We are talking about the equipment of the network control and monitoring center, storage systems, wiring closets, Cisco marshurtisers, etc.

The Ministry of Communications and Mass Media did not comment on the findings of the Accounts Chamber on this issue. Ilya Massuh believes that the grid project was very necessary, and the reasons for its stoppage should be sought in the political sphere.

Ctrl Enter
Noticed oshЫbku Highlight text and press. Ctrl + Enter
We are
List of destroyed the largest and most high-tech enterprisesRussian high-tech pointed to the place
Military Reviewin Yandex News
Military Reviewin Google News
53 comments
Information
Dear reader, to leave comments on the publication, you must sign in.