Sevastopol will become the home base of Green Dola and Serpukhov

November 16 2015
60
The newest IRC "Green Dol" and "Serpukhov" successfully completed sea trials in the Novorossiysk naval base, reports MIC with reference to the press service of the Black Sea Fleet. 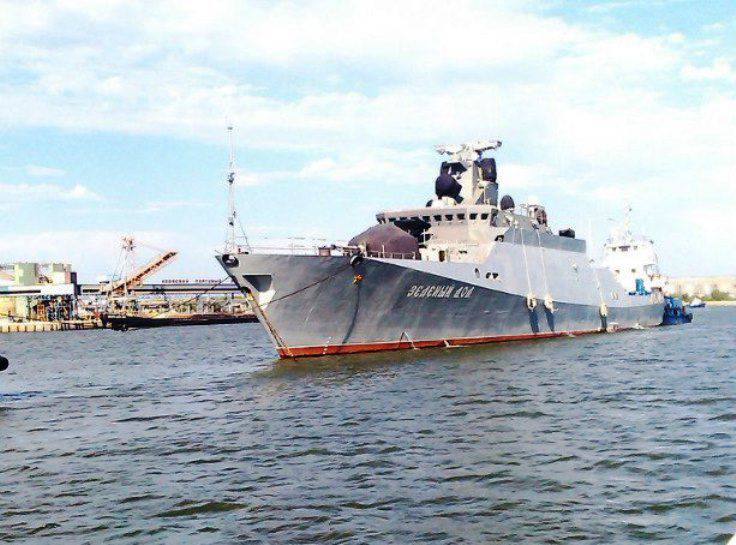 “It is planned that in the coming days both RTOs will make the transition to a permanent base in Sevastopol, where the Andreevsky naval flag will be solemnly raised on them. Ships will be part of the crew of missile boats of the Black Sea fleet", - says the release.

“The ships were built at the Zelenodolsk shipyard named after Gorky. The IDC “Green Dol” and “Serpukhov” are the fourth and fifth ships of the modernized series “Buyan-M”, which have an increased displacement and are equipped with the newest long-range missile complex “Caliber-NK”, the press service recalled.

Ctrl Enter
Noticed oshЫbku Highlight text and press. Ctrl + Enter
We are
IRC "Serpukhov" and "Green Dol" went to the tests in the Black SeaArmored Vehicles Market in the Middle East in 2005-2012 and forecast for 2013-2016
Military Reviewin Yandex News
Military Reviewin Google News
60 comments
Information
Dear reader, to leave comments on the publication, you must to register.