In thought about: “Is Military Review“ worthy of state funding ... ”

November 18 2015
385
It is not a secret for any of our regular readers that the informational and analytical portal “Military Review” is a project that exists only because of the profits from the sale of advertising on the pages of the site. Many of our readers, who, apparently, believe that if the Military Review is consciously trying to bend the patriotic line, it literally bathes in public funding, the presence of advertising on the site is annoying. We declare with all responsibility: friends, it turns out that advertising on “VO” is the only means that allows the portal to keep afloat, and if the site, like many, for obvious reasons, would like to be cleansed of advertising content on current conditions, then, sorry, the days of "BO" will be numbered.


As they say, I don’t want to be sad, but we believe that our readers, who pay great attention to the site, simply by definition should be aware of the events related to the self-financing of the Military Review. Indeed, quite often administrators, authors and moderators of the project are confronted with reader letters in which individual users suddenly report that, they say, everything is clear - “the meaning of the materials is such that the hand of the Kremlin or the special services is clearly visible”. Like, "IN" is fed from the state feeder. And if you raise all such messages, you can make a whole list of assumptions about who exactly “VO” is “financed”: from the Ministry of Defense of the Russian Federation and the presidential administration to Vladimir Putin personally (apparently, from his salary). Experienced conspiracy experts believe that if the VO server is located outside the Russian Federation, this is an extremely secret sign that either “freemasons” or “court intriguers” had a hand in registering. But here, too, disappointment for conspiracy therapists: would be happy to keep all the information at home (it would be simply more reliable), but at home, as it turns out, it is trite more expensive, and significantly, and “VO” is not a media empire to make a choice aside more expensive "work.

Our reader, who understands all this perfectly, may now ask himself: why does the author write all this?

And the author writes for one simple reason. The administration and the team have an idea that, I hope, will find its embodiment as well as the response from the state structures.

We worked, you know, we worked and thought, well, than VO as a mass media is worse than many projects that could get at least symbolic state financing for further development. If we are “accused” of the fact that many materials published on the site correlate with the state position, have a completely outlined patriotic character, and are often aimed at the implementation of the project of the very “soft power” that is often spoken about lately, why not try your luck ...

What was, if I may say so, the main impulse for the very emergence of an idea to turn to government agencies with a “petition”? Firstly, the fact that in the present conditions of “developed capitalism” it is difficult to develop in the niche that our media occupy, solely on the publication of advertisements. Secondly, the fact that the logic of financing media by state institutions is not entirely clear.

Yes, on Online The Federal Agency for Press and Mass Communications tells about the priorities for obtaining state funding, determined by the following criteria: publication of socially significant projects about the Great Patriotic War, about Russian naval commanders (F. Ushakov), commanders, designers (A. Tupolev) and developers weapons different eras. In addition, they talk about materials and projects that are aimed at the adaptation of the disabled, citizens of retirement age, etc.

The Ministry of the Press lists the media that have received the so-called state subsidy for the current year. The list includes more than a hundred publications, including both major projects like “Arguments and Facts”, “Moskovsky Komsomolets”, “Nezavisimaya Gazeta” and “Komsomolskaya Pravda”, as well as low-circulation publications - for example, the newspaper from the Arkhangelsk region “Babyniye Harassment”, “Flax Production” »From Pskov.

In the list of state-funded there are very interesting resources and publications. For example, the newspaper "Pskov Province", which received a subsidy, reportedly to prepare materials from the series "Postwar Pskov through the Eyes of Children of War". Learning about the life of the children of post-war Pskov is, of course, wonderful, but the Pskov Gubernia publication has recently (if, of course, the very same edition) been widely known due to the publication of completely different materials. For example, materials about whole companies of “buried” Pskov paratroopers “killed in Ukraine” or that the authors of “PG” are concerned about the discontent that Russian citizens express to the representatives of the “fifth column”. In general, if there are two publications in Pskov with the same name, then the direction of government funding to one of them can still be explained, but if we are talking about the newspaper that has become the mouthpiece of more “friends” of Russia than of Russia itself, then the questions ... questions ...

The “Nezavisimaya Gazeta” mentioned receives state financing for the “NG-Exlibris” project. "Modern classic". But far from this project, the Independent is famous among the masses. Much more actively, the publication puts pressure on materials devoted to what can hardly be called at least somehow responding to the system of state interests. So, in a recent article "Independent" Russia’s claim that Assad, the legitimate president of Syria, is said to be “crafty and unconvincing.”

If any of our readers thought that the VO team was going to “go on a white horse” by pouring mud at other publications, then this opinion is wrong. Examples are given with one goal: to demonstrate the work of our liberal "colleagues" who are ready to openly brains representatives of state power to receive state support. It turns out that in order to receive state financing in our country, some media are sufficient to prepare at least one, forgive, a small project in the style of “Children is our everything” or “War is worse than peace”, and conduct all other activities as interesting to “friends of Russia - cookiemakers ".

If we talk about the actual public funding through Gazprom-Mediathere are many “patriotic” projects here, starting from TNT and ending with the Echo of Moscow radio station. No, if humor is "below the belt" or the sabbath of an ultra-liberal party, according to the leader of which Russia's population is 8 million people, this is also the "soft power" of modern Russia, then everything is clear ... It is not clear where Russia is with such "soft power" eventually will come. It is unclear because slogans about the need to form a complete system of civil and patriotic education of children and young people come from the high tribunes, but at the same time, the government segments manage to finance channels and other media, where civil and patriotic education is reduced to the not always икpicked three-story mate on the air some “House-2” or to the ugly Russophobic gnat in the air of the next political talk show of the aforementioned Moscow radio station. 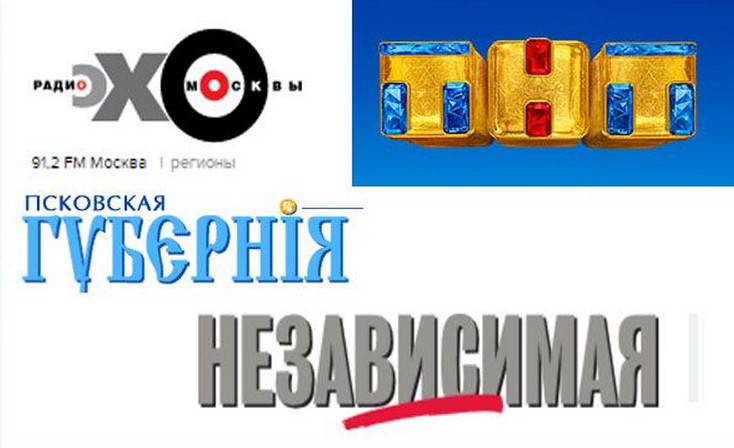 Yes, “VO” does not pretend to “whiteness and fluffiness”; in no case does it attempt to insert sticks into the wheels of freedom of the media, freedom of speech. “VO” is simply trying to understand the logic of state financing, and hopes that the work of the administrative and copyright team of the information portal will deserve attention for state support.

It would be desirable to hope that the idea of ​​the collective “VO”, connected with the possible receipt of state financing, will first find approval among our readers. We are looking forward to your comments on this issue, because, including on the basis of your opinion, a final decision will be made on a regulated appeal to government agencies, followed by a report to the reading team.