November 16 2015
27
The newest special-purpose vessel "Yuri Ivanov" arrived at the Northern Fleet, reports MIC with reference to the press service of the Federation Council. 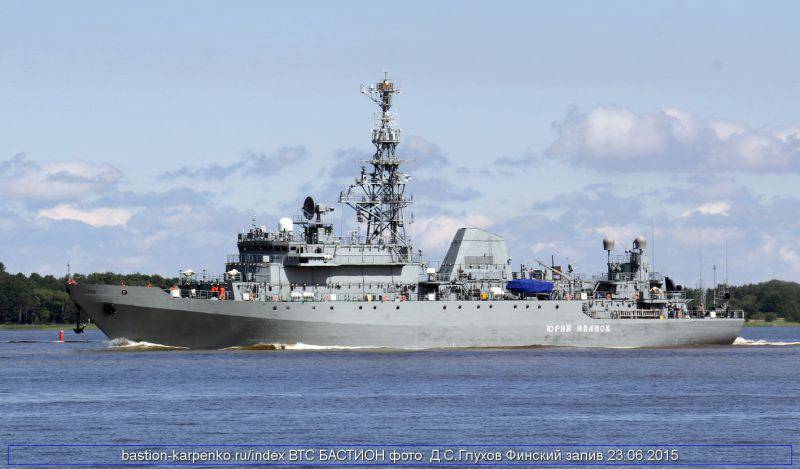 “The crew of the ship completed the inter-naval transition from the Baltic fleet and arrived at a permanent base in the city of Severomorsk, ”the release said.

“The technical capabilities of the ocean-class special-purpose ship will allow the Northern Fleet to expand its naval presence in the Arctic and in other areas of the oceans,” he said.

Help "MIC": "Communication vessel" Yury Ivanov "- the lead communication vessel of the 18280 project. Launched at the North Shipyard 27 December 2004 of the year and launched the 30 September 2013 of the year. The ship was designed by Iceberg Central Design Bureau. The ship's displacement is over 4000 tons, the cruising range is at least 8 thousand miles, the crew is 120 people. ”

Ctrl Enter
Noticed oshЫbku Highlight text and press. Ctrl + Enter
We are
The action “Military service under the contract is your choice!” In Rostov-on-Don: future contract servicemen, exhibitions and “Russian Knights”Russia demonstrated the most promising weapons at INDO Defense-2014
Military Reviewin Yandex News
Military Reviewin Google News
27 comments
Information
Dear reader, to leave comments on the publication, you must to register.