France has become a target for Islamic terrorists

November 17 2015
12
Last Friday, the French capital was shaken by bloody terrorist attacks. According to the latest data, more than 130 people died. This mournful list continues to grow, as in Paris hospitals, doctors are fighting for the lives of almost hundreds of wounded, in critical or serious condition. President Francois Hollande declared a state of emergency in the country for a period of three months. The last time such a regime was introduced in 2005 year during the riots in the Paris suburbs. Then the youth - mostly Muslims and second-generation immigrants - massively burned the cars of the citizens, fought with the police. 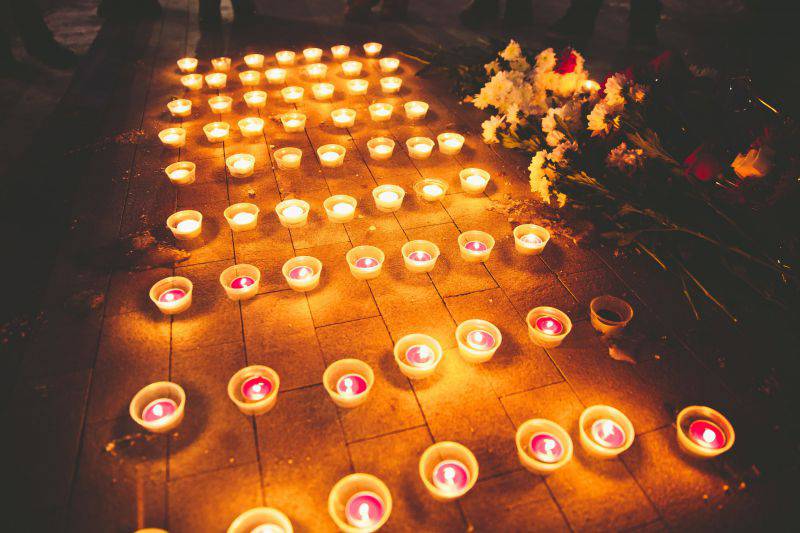 Experts are looking for reasons

This is the third terrorist attack in France since the beginning of this year. The first, as we remember, also occurred in Paris. In January, Islamists attacked the editors of Charlie Hebdo, and then the kosher shop. Journalists of the satirical publication, policemen and visitors of a shopping mall popular among Jews were killed.

In June, terrorists attacked a chemical plant in the city of Saint-Quentin Falavier near Lyon. At least one person died here, several more were injured. The flag of the terrorist Islamic State was found on the plant’s territory. Now here is Paris again.

Political scientists have asked the question: why has France become a target for terrorists? The easiest answer lies literally on the surface. Now the world community is well aware of the crimes of a terrorist group that calls itself “Islamic State”. Of the four thousand Europeans who participated in the Middle East conflict on the side of these militants, one and a half thousand were representatives of the Muslim community of France. Now they seem to have returned home and began to impose order, which they were accustomed to during the terrorist war in the Middle East.

Perhaps this is true. However, what is the cause of Islamist hatred for France? The head of the Middle East Studies of the Brookings Institution, Professor Daniel Byman, in his article in the Slate magazine, writes that after the terrorist attacks committed by the Algerian Islamic group in the nineties, France began to adhere to a tough stance against terrorism. “Since then, France has been a stern and experienced enemy for jihadists around the world,” says Professor Byman. - France decisively participates in events in the Middle East - in particular, it is part of the coalition to combat IS. In addition, France conducted a successful, from the expert’s point of view, military operation against the Islamists in Mali. ”

And yet the root cause, from the point of view of the professor, is that secular France, having accepted the great mass of Muslim migrants, took care of them properly only at first. Then the French began to despise and oppress them. The humanitarian tragedy of migrants began to turn into a threat to the national security of France.

At first glance, this conclusion of Daniel Bayman about the ineffectiveness of state policy towards migrants somewhat disagrees with our well-established opinion that France is a country of multiculturalism and high tolerance. However, four years ago, the influential French analytical center “Montaigne Institute” conducted a study on four issues that are the subject of a dispute about French national identity: Islam, immigration, identity and security. Together with five other French researchers, well-known political scientist and expert on the Muslim world Gilles Kepel, the project manager, worked on this for a year. The result of their work was the 2200-page report "Banlieue de la Republique" ("Suburbs of the Republic").


The name is very remarkable. The fact is that the main study was conducted in two suburbs in the north-east of Paris: Clichy-sous-Bois and Montfermele. Here was the epicenter of the Muslim pogroms 2005 of the year. In this part of Paris is one of the highest concentrations of Muslims in France. Clichy and Montfermel enter the Saint-Saint-Denis area, which in the report is called “the wasteland of de-industrialization”. The population of Saint-Saint-Denis is 1,4 million. Muslims live here over 600 thousands - mostly from North and West Africa. (The population of Paris itself, according to the 2014 year, is 2,274 million.)

The country that did not become home

The authors of the report (remember, there was only 2011 a year in the yard) claimed that France was on the verge of a social explosion. The Muslim community here is the largest in the European Union. Officially, its numbers are determined by 4 214 790 people or 6,9% of the population. (You can compare: in neighboring Germany, Islam is 3,7% of the population, in the United States - 1,5.) Researchers from the Gilles Kepel group call another figure - in France, from five to six million Muslims. This difference arose for the most ordinary reason "in some areas a third of the city’s population does not have French citizenship."

A parallel Muslim society has emerged in the country, which is not going to integrate into the local social environment. He finds himself in Islamic identity, where the Sharia law and the ideas of radical Muslim leaders rule. The old urban suburbs in France are becoming “autonomous Islamic communities,” cut off from the state.

This was not always the case. Natives from Morocco and Algeria appeared massively in Europe in the 1950s. They came in search of work. In post-war Europe there was a huge shortage of labor. In France, this need was provided by the inhabitants of its former African colonies. People went to earn. None of them could even imagine life for benefits.

Already at that time, migrants were somewhat isolated from the indigenous population. There were attempts to integrate them into French society. It all ended with calls for mutual tolerance and non-interference in the life of communities. In 1985, the SOS Rassisme organization even arose, whose motto was: “Don't touch my friend.” The idea of ​​living together of different ethnic and religious groups received a very definite direction - a parallel existence.

Such isolation very soon gave its fruits. In the first half of 1990, when a civil war broke out in Algeria, its waves rolled into the territory of France, into poorly controlled Muslim communities. Algerian jihadists wielded here, like at home, and even staged a major terrorist attack in the Paris metro.

Admittedly, an obstacle to the integration of Muslims in the local environment was not only religious and ethnic differences, but also social ones. A characteristic sign of migrant communities was a low level of education, income, and even motivation to work. France supported their benefits, social benefits, but this did not change the already existing picture.

According to researchers, every year tens of thousands of young residents of Clichy and Montfermell leave school without a diploma. In the modern economy, an uneducated person is not easy to find a decent job. Therefore, a large part of the Muslim youth, as they say, is “not able to work.” In the suburbs of Paris, the unemployment rate among Muslim youth is now approaching 50 percent.

People become dependent not only on state social benefits, but also on financial support from Morocco or Turkey, countries that pursue their own goals in France. The guides of this policy were radical Islamic leaders, local preachers, imams. According to Siren Kern, an employee of the Madrid Group of Strategic Studies (Grupo de Estudios Estratégicos), at present most of the 2100 mosques registered in France are closely associated with the radical group "Muslim Brotherhood." Its purpose is to extend Islamic law throughout the territory of France.

How the policy of the French government helps the Islamists

However, the goals of the Muslim Brotherhood go far beyond the borders of the French state. This organization with almost century-old history she set herself very ambitious tasks - to eliminate non-Islamic governments and establish world Islamic rule under the authority of the “Great Islamic Caliphate”. Its units and cells are created in many countries of the world, they are especially influential in the states of the Arab world.

They fight with them. In Russia, for example, by the decision of the Supreme Court of February 14 of 2003, the Muslim Brotherhood organization was recognized as terrorist, and its activities in the territory of the Russian Federation are prohibited. Exactly the same in other countries. Even Saudi Arabia in March 2014 recognized the Muslim Brotherhood as a terrorist organization.

Faced with the growing spread of Islamism, the French government introduced the so-called secularism policy in the early 2000s. This ideology, which is very close to extreme atheism, rejects any theological system. Denying religion in principle, secularism advocates social progress and improved living conditions.

I don’t know how about social progress, but when in the 2004 year, during the stay of President Jacques Chirac, this very secularism is declared, Muslim women will be the first to be hit. Chirac will ban them from wearing the hijab (traditional Islamic headscarf) in state and municipal institutions. Later, the ban will extend to schools and the cultural sphere. From 2011, the headscarves will not be allowed to be worn in public places or even on the street. For violation of the established norms, a penalty of up to 150 Euros or community service is provided.

According to experts, more than 2000 women have been punished. It is unlikely that they have increased confidence in the French government and its "social progress." But a new field of activity has opened up for Islamic preachers who are already successfully playing on the social problems of the Muslim community. It is not surprising, by the way, that the first serious mass unrest of Muslim youth occurred in the 2005 year - one year after Jacques Chirac declared secularism. The radical Islamic leaders have one more tool to arouse the Muslim community.

This community is very heterogeneous. There are ethnic Arabs, immigrants from Turkey and Africa, and black Muslims. Each of the diasporas has its own norms of life, behavior, culture and even an understanding of Islam. There is a serious tension in these communities from the fact that (due to the actions of radical Islamists) their faith has become associated with terrorism and fanaticism.

All this makes it difficult to unite Islamic communities under radical goals and slogans. So terrorists are looking for accomplices in neighboring European countries, as it was last Friday. So, one French can not cope with the surging misfortune. Success in fighting it now depends on the common efforts of all EU countries. Will it succeed? A question to which there is no answer ...

Ctrl Enter
Noticed oshЫbku Highlight text and press. Ctrl + Enter
We are
The results of the Zelenodolsk plant them. A.M. Gorky in 2014 yearSquadron for export
12 comments
Information
Dear reader, to leave comments on the publication, you must to register.