In the second round of elections in Kiev, Klitschko won

November 16 2015
90
City electoral commission of the Ukrainian capital published data according to which the victory in the race for the chair of the mayor of Kiev is celebrated by Vitaly Klitschko. After processing the 100% of ballots, it turned out that Klitschko won about 66% of the vote. RIA News. Ukraine cites the statement of the head of the Kiev electoral commission Anatoly Suldin: 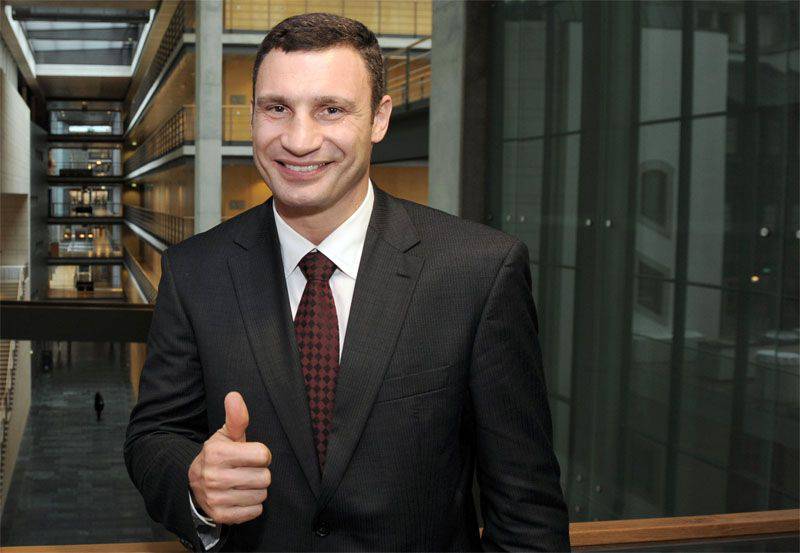 Immediately in several cities of Ukraine, the victory in the second round of local elections was celebrated by the so-called “recoloured” and “slightly recoloured” regionals. So, the mayor of Poltava became Alexander Mamai, who now represents the party "Conscience of Ukraine", and earlier he carried the party card of the "Party of Regions" Viktor Yanukovych in his pocket. His result in the second round of elections is almost 63%. The candidate of the Blok Poroshenko Bloc. Solidarity »Andrei Matkovsky about 37% of the votes of Poltava voters. It should be added that Alexander Mamai served as the head of the city since 2010 of the year.

After counting approximately 77% of votes in the struggle for the post of mayor of Dnepropetrovsk, Boris Filatov leads (about 53% of votes), who previously offered to "promise, but hang up later ..."

Ctrl Enter
Noticed oshЫbku Highlight text and press. Ctrl + Enter
We are
Conquerors of the "Kingdom of Ice". Russia celebrates the day of the polar explorerNumerous violations in the elections to the State Duma of the Russian Federation
Military Reviewin Yandex News
Military Reviewin Google News
90 comments
Information
Dear reader, to leave comments on the publication, you must sign in.