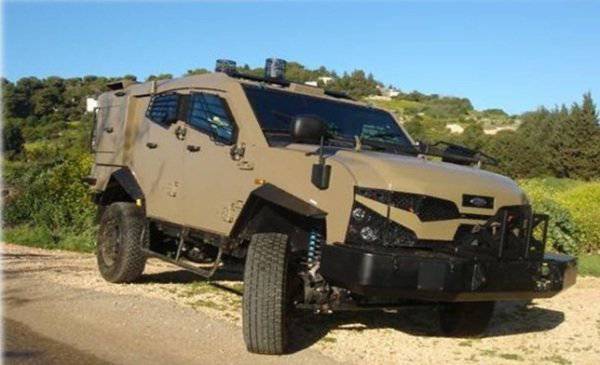 The Israel Defense Forces (IDF) field intelligence units have adopted an advanced reconnaissance vehicle called the Granite, based on the EL / I-3302 Intelligence Surveillance & Reconnaissance Vehicle (ISRV) platform developed by Elta Systems Ltd. Elta has integrated reconnaissance equipment on SandCat, an armored vehicle based on the commercial production Ford 550 model. The vehicle has full armor protection and hidden telescopic masts that can be quickly extended when the vehicle is stopped.

Granite will replenish and later replace the Racoon (Raccoon) intelligence vehicle fleet based on the HMMWV, supplied by Raphael at the beginning of the 2000s. Both vehicles are equipped with a payload mounted on a mast that includes several sensors, such as surveillance radar and day / night electro-optical observation systems. 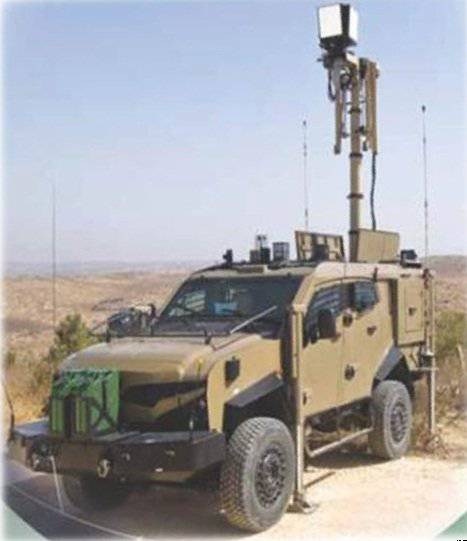 Unlike the mission-specific Racoon, the ISRV was designed to be the center of information and intelligence gathering for tactical operations. Granit combines synchronized radar and other surveillance tools that scan the entire area all the time and automatically focus on each suspicious target. In addition, "Granit" is better reserved than the "Raccoon". The system architecture, user interface and workload reduction allows you to work simultaneously with several users engaged in different tasks, or as a single operator engaged in daily activities associated with monitoring using semi-automatic tools, including automatic electro-optical tracking of targets detected by radar.

The car carries an EL / M-2207 active phased-array radar (AFAR) capable of detecting human-sized targets at a distance of eight kilometers, as well as an electro-optical console, such as the POP-300, capable of recognizing such targets for seven kilometers and directing them to precise weapon... Elta's ISRV is capable of eliminating surveillance blind spots using Man Portable Ground Observation & Surveillance System (MNPGOSS) and lightweight unmanned aerial vehicles. The system also integrates with devices that support the new "digital army" (Zayad) format of the IDF.

The presentation of "Granite" is not only an advancement in technology, but also reduces the number of soldiers needed for reconnaissance of a limited area from two to one, combining the role of observation and focusing on suspicious activity.

Major Nir, the commander of one of the mobile surveillance units, said that the use of high-tech radar does not replace the human factor and the soldier-operator: "It’s true that the Granit system makes it easier for our soldiers to pay closer attention to the area around them, but it’s not changes the fact that it is the soldiers who investigate every threat to its essence. " 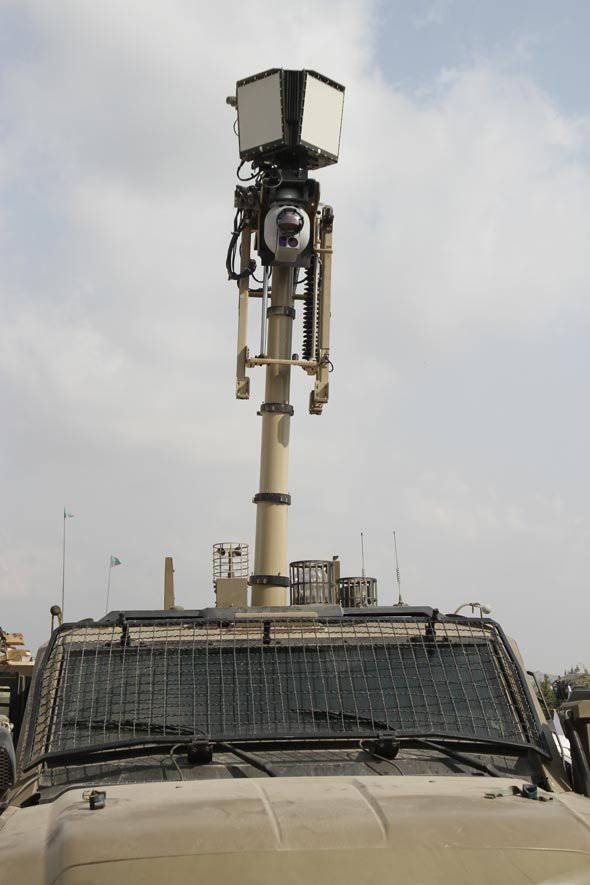 Another important feature of the technology is synchronization between all combat units deployed in a single operation. “As soon as Granite receives a proper threat image, we can immediately transfer it to the tank and the aircraft on the battlefield,” says Major Nir.

More faster and safer vehicles with high-tech radars and modern means of surveillance will be used by female and male combat soldiers. Other improvements in field intelligence will allow more female military personnel to be trained for combat units and intelligence on the battlefield. Girls will be trained to conduct reconnaissance along the borders and during all sorts of incidents.