November 18 2015
7
In the Rostov Officers' House, which is located on Budennovsky Prospekt, several military-patriotic clubs of the search direction have gathered to show their findings to the assembled young generation. By and large, it was a kind of exhibition of achievements, which clearly demonstrated many of the good fortune search engines. However, the failures - too.


Someone on the stand was presented only a few finds of a very common type: German helmets, German gas masks, mines. But there were also the so-called "garret" finds found in the ruins of old houses: someone was not afraid to save the letters of the German soldier, written in February 1943, and his photos. After all, for such documents, it was then possible to actually receive a prison sentence.

As the representatives of the club, on which there were several paper sheets, told, the German soldier wrote his girlfriend some nice nonsense, almost without any relation to the war - just “rubbish”.

All presented exhibits do not have blasting caps, explosives and trigger mechanisms.

Today, in the course of hostilities, Ukrainians actively use shells from the times of the Great Patriotic War, which were stored in numerous warehouses. And here comes to mind история one family. (Perhaps, a digression from the main theme, but still.).

A large family (Sergey and Svetlana Ignatenko and their four children - a ten-year-old Daniel, a seven-year-old Vadim, a six-year-old Marishka and a crumb-Alyoshka) lived in Izvarino, not far from the Ukrainian Krasnodon. It seems that quite recently everything was in order, until war broke into their lives.

- Of course, it was not easy to make such a decision - to leave the familiar place, as they say, and leave for the unknown with almost nothing. Maybe therefore, we until the last delayed this moment, - Sergey Ignatenko told. - Although the fighting is already very close. Many houses were bombed in the village - shelling from heavy guns goes almost constantly. The road is broken in the direction of customs from Krasnodon to Izvarino, sniper attacks are going on in the area of ​​Crushing, shooting at all the passing vehicles without parsing. The village is on the verge of a humanitarian catastrophe - there is nothing in the stores anymore.

And the last straw, the impetus to throw everything that was acquired, and leave, were all the upcoming shots and the fact that a mine blew up the heap in the garden, and the blast wave nearly broke the windows in the windows of the house. We were scared not for ourselves, for the children, and decided to leave. We traveled through 2-th North, there is a checkpoint. We drove a taxi. My car stayed in Izvarino, and now you just won't pass there - there is no road, it was bombed. She is popularly called “the road of death” because they continue to bomb and fire. And through the 2-th North remained the so-called "path of life", there is a small checkpoint. We got there by taxi and got there. And this checkpoint under the militia, so that they calmly let us through - no one prevented us. The flow of people is huge, but the border guards miss all very quickly. First you need to get to the territory where they do not shoot, and only then all the formalities. We crossed the border without hindrance, there were no difficulties during the transition.

And immediately got to the temporary accommodation. At the temporary accommodation of refugees, we spent a day. They try not to delay people for a long time - the flow is very large. Therefore, as soon as the next bus comes, a group is formed, and people are going. Of course, they try to take into account the wishes - who would like to go where. And we didn’t care - we have neither relatives nor acquaintances in Russia. They just sat there after the rain - cool, mud, children are uncomfortable, and here they form a group here - so we decided to go. At the temporary accommodation we were very well received. Everything is organized: food and accommodation in tents. In the same place, they gave us everything that was necessary, because we were traveling light, we took only documents. I came here in some trousers, one T-shirt, and some shoes. Actually everything that was on me. And we received children's clothes, clothes for adults here, at the temporary accommodation center of the Tselinsky district. After all, we left with almost nothing. We just could not get home to take anything with us.

And now, maybe, and is no longer our home. After all, very close the bombed a few days ago. It was broadcast on television that yesterday and today there was a serious shelling on Izvarino. So at the last moment we got out ... Maybe it’s too early to make plans, but we want to stay in Russia.

We will not return, because there is nowhere to return and there is nothing. In place of our house, most likely, already a funnel. If these Nazis come to power, God forbid, they will definitely carry out a sweep, organize filtration camps. After all, if you voted for independence, you are already an enemy to them. So we will try to stay in Russia, perhaps we will stay here in the Tselinsky district. We all the same start from scratch, so what's the difference - here or in some other place. What to roll something? We will somehow settle down. Now we will issue the documents, decide something with the work, give the children to school. Life goes on, no matter what. The main thing is that everyone is alive.

... So, here, back to our search clubs. As Mikhail Golovin, the chief of staff of one of the Rostov military-patriotic clubs, told, today in Ukraine from warehouses weapons 50-mm mortar mines or 120-mm mortar mines are actively used. “Dill” make stretch marks with the help of min frogs, the striking power of the balls filled with it reaches in the radius of 50 meters. Or put anti-personnel mines, for example, POMZ-2, made in Soviet times. And with such discoveries faced by search engines.

Special honor cause personal things of the time of the Great Patriotic War. Found a soldier's aluminum flask - a rare case - with the initials of the soldier I.K. Redhead, who died during the fighting on the Mius-front.

Mostly come across unknown burial. So, during the excavations in the village of Samara, Rostov region, 17 Soviet soldiers were raised. Judging by the nature of the wounds, it was possible to assume that the sanitary units who put the dead in one funnel worked there. In early September of this year, the remains of the fallen were reburied with military honors in the same village.

During the exhibition, the search teams also showed several types of modern weapons and communications equipment. 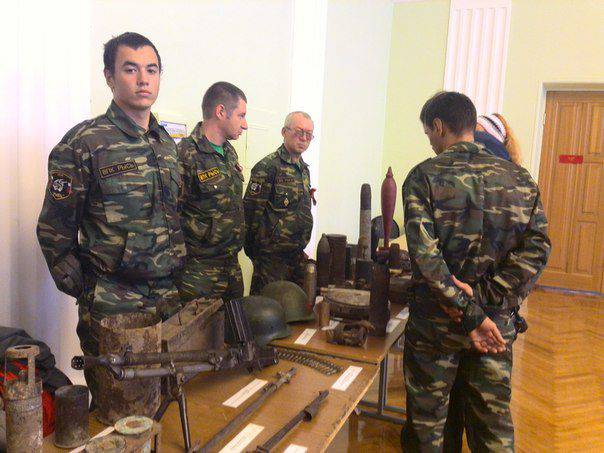 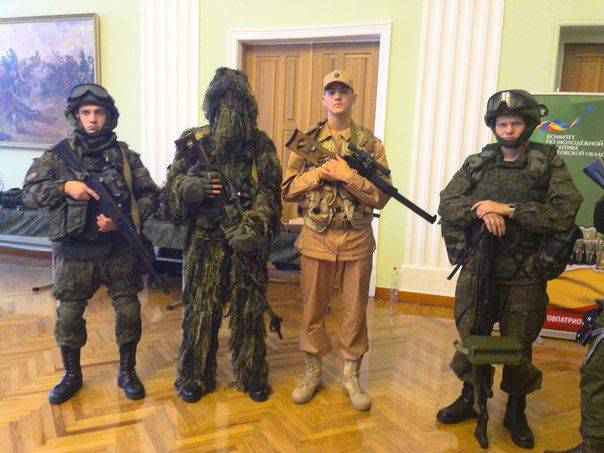 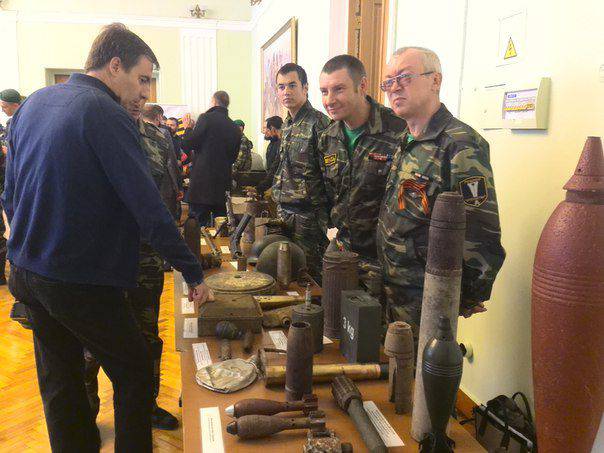 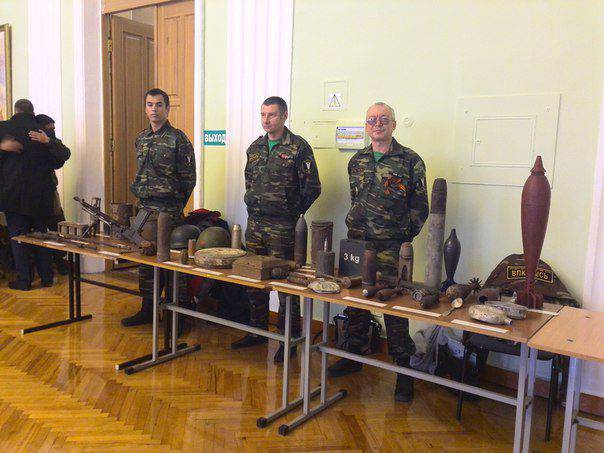 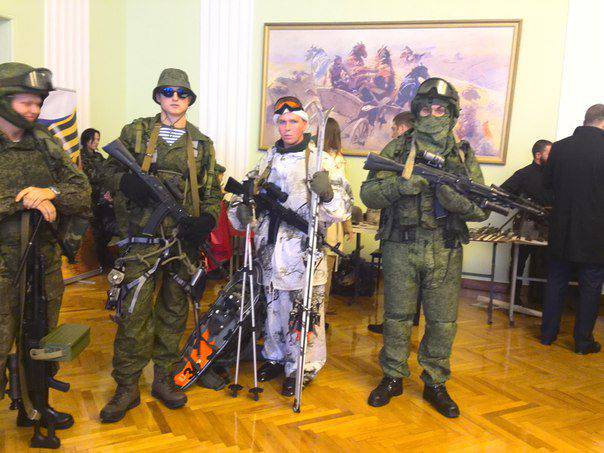