Reburied in one night! ..

November 19 2015
5
Immediately after the native land was liberated from the “brown plague”, the government decided to immediately count the dead soldiers, to bury them in battlefields, to erect monuments to the dead soldiers at single graves, mass graves, to ensure their preservation and care.

In addition, civilians who were killed (executed) by fascists during the occupation of the 1942-43 area, accounted for the following years. - more than 150 people.

And this is not all burial. There is no mass grave in the lists at the central estate of the Tselinsky grain farm, where four soldiers are buried, the dead 23 of January 1943 of the year during the liberation of the village of Celina, as well as others that we don’t know yet and which are not yet identified. Here's what the captain of Balabolov (from the archive) reports to the district committee of the party and the 4 district executive committee of August 1944: “... for example, there are two large graves in the park with the corpses of fascist German fiends (the corpses of these murderers decided to keep the district center the graves were razed to the ground ...) ”.

To clarify: on that place, between the rows of park acacias, the hills of 5-6 of single graves were visible, on some of them, in December of 44, there were birch crosses. And only in 2009, during the reconstruction of the park, the remains of the Germans from these graves were extracted by Rostov search engines.

Further, Commissar Balabolov writes: “... At the same time, the defenders of our homeland, who died in the fight against the enemy, the death of the brave, remained buried on the southern outskirts of the village of Celina - on cattle pasture, in caponiers on the airfield, near the railway booth, etc. The chairman of the May village council, Comrade Shtrikunov, absolutely does not deal with this issue and no one asks him for responsibility (from the personal archive). ”

By the way, early in the morning of January 23, after the release of Tselina from the fascists, at the railway booth, nine-year-old boys - brothers Yura Petrov and Misha Dobrotvorsky - went to the elevator and saw the dead soldiers.

Colonel Yuri Alexandrovich Petrov tells today: “We also saw five or six dead soldiers lying on the snow, but did not go there, at the railway booth. There nearby, on the profiled Salsk-Rostov road, soldiers fumbled at two interlocked tanks... »

And in our time, in 2010, an elderly woman said: "Here, against the railway booth, dead soldiers were buried behind a profiled road, in five graves - I saw these graves." 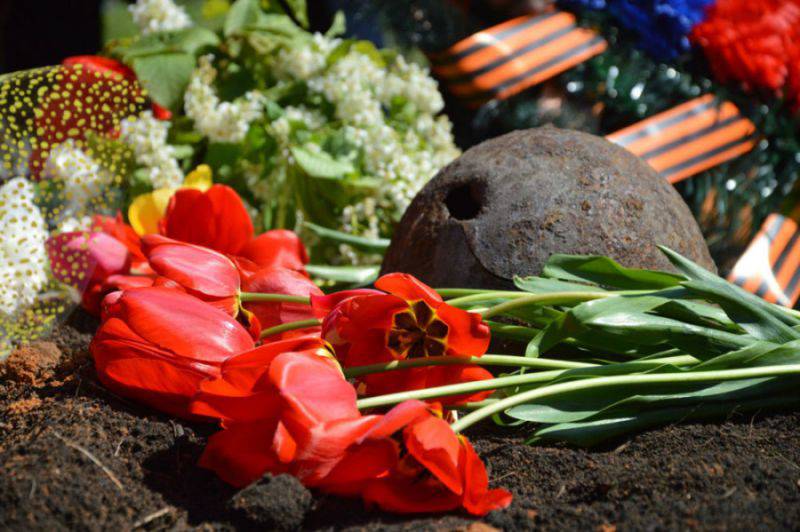 So, it is possible that the ashes of a lieutenant from the Chelyabinsk region, who died in Tselina, rest in these or in other primary graves. This was evidenced by his friend and brother-soldier, whose niece - Svetlana Borisovna Tonkosurova from Chebarkul, Chelyabinsk region - has been persistently telling for many years.

According to eyewitnesses, during the occupation of the area, fascists executed civilians in the area of ​​the former village massacre and salotopka - in 600 meters south-west of the village of Celina.

Over time, in the district center and in all the villages where village councils existed, memorials and monuments to soldiers who died during the Great Patriotic War and were shot during the occupation of the area were created. During the creation of memorials to those who died in the years of the Great Patriotic War, a series of reburial of the remains from the primary burial places of the dead, solitary and mass graves took place so that countrymen and remains of the liberators of the Tselinsky district were concentrated in one sacred place.

To this end, special decisions were made by the local authorities on the time of the burial, responsible persons were appointed for carrying out these operations. In those days, the very process of opening the graves, transportation of the remains to the memorials was carried out only at night, so as not to disturb the people living near these places. The next morning, the authorities reported on the implementation of the decision.

Isolated excavations on the autopsy of the remains were not carried out on a large scale due to the lack of necessary equipment, as today, there were no specialists in this matter, and most importantly, there was no widespread information about the reburial procedure. Since the autopsy of the graves was carried out at night, in a short time, it is possible that some of the remains are still resting in the places of primary burials ...

One of the eyewitnesses, a resident of Celina, said that the burial was allegedly left in the northwestern corner of the district park. But to check this case is not easy: we need special permissions and tolerances, especially since this is just a version.

Maybe, according to some residents, it was not necessary to write about this, but I believe that future generations should know this information in order to check it later, and when it is confirmed to finish what we did not do, to restore the names of all the victims in that bloody war.

I read the decision of the district executive committee of 16 on April 1975 of the year “On the reburial of the remains of soldiers killed during the Great Patriotic War”: The reburial of the remains of soldiers killed in battles with the Nazi invaders in 28-1975. during the defense and liberation of the settlement of Celina and those buried in the mass grave of the Tselinsky recreation park ”. And two signatures - Chairman of the Executive Committee V. Babin, deputy. Secretary of the Executive Committee G. Shevchenko ".

But you have to be honest and ask the question: can it be done in one day? Or rather, the night. Let me remind you that all the opening of the graves within the boundaries of settlements was carried out at night. And in our park too - in one night ...

However, dear readers, we have no right to change decisions and past events, blame anyone: most of today's generation do not know under what conditions and how they had to work at that time. Then they did their best to perpetuate the memory unseen in stories humanity of the victims and destruction that befallen our nation.