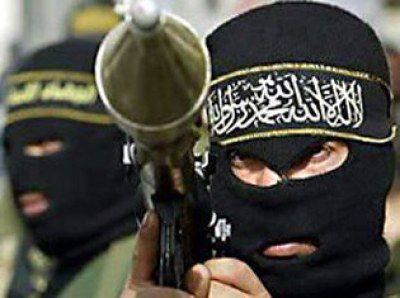 That thunder struck among the clear Parisian sky. Did not wait. Moreover, they did not listen to these annoying Russians with theirs, as friends of Washington say, dictator Putin. Again their president was right, and for the umpteenth time. And this morning a simple Frenchman asks himself: why on all TV channels and radio do Russians equate with terrorists and Ebola, and Putin with bloody Pinochet and Husseins? Maybe this is not entirely true? Maybe this is just the opinion of the top of our corrupt government?


And here a neighbor (an avid lover of newspapers and magazines and a Russophobe) will say: are you crazy, Pierre, crazy? It is the Russians who are to blame for the fact that they are killing us at home, that the Russians began to bomb the terrorists there, they sent refugees here, among which there are a lot of terrorists. This is Putin's fault.

Something like this, I think tomorrow all the pro-Western media will argue, because it is convenient and falls into the framework of their propaganda - in the wake of American politics and the propaganda of US friends.

After all, how did they explain the waves of refugees in the EU from the east? Putin is guilty, and his unwillingness to make Assad go (and where and how, on the drum). Not only did Putin help Assad to further evict his fellow citizens to the EU.

They will also come up with the fact that Russia is beating the moderate opposition, thereby eliminating the future for Syria.

All this is no longer reasoning, but propaganda cliches of agitprop in the United States. All this is in the heads of their senators and congressmen + Obama and his confused staff of advisers.

Question: How can one believe in utopia that Assad will disappear, and in Syria on the same day ISIL and the "moderate opposition" will hold democratic elections and elect some comrade like their used puppet in Afghanistan Karzai?

Answer: but leave Asad, and Syria will finally choke on blood and chaos, because An army without an ideological and legitimate commander-in-chief will not fight like it is now.

Question: don't start bombing the Russian targets of ISIS in Syria today, what will happen?

Answer: Already in November, we would see the fall of Damascus and a breakthrough to Tartus of the “moderate opposition” in the person of “An Nusra” or ISIS. Next - the execution, death and evacuation of those who have time.

Question: join the Russians in the US coalition and submit to their plans and orders, what then?

Answer: the chaos in Syria, the fall of Assad and his army is a mass exodus of citizens from the country and the east as a whole.

Question: Does the EU and NATO take at least some measures to record, identify, register "refugees"? Maybe they are sorting out real refugees from the resident?

The answer is no. They even conduct initial registration chaotically. Those who receive the documents are immediately burned or thrown away, because it may immediately become clear that they are not refugees from Syria, but immigrants from Afghanistan, Pakistan, Libya, Turkey and other places that are not so well now, but there is no such thing as in Syria.

Question: what should the EU do? Answer: To create national armies, strengthen the forces of law and order, and agents. To lift sanctions from Russia, reach an agreement with us to suppress the fascists in Ukraine, jointly kill ISIS and "moderate" terrorists. Create mass concentration camps in the EU to sort and identify everyone who arrives in the EU as a “refugee”, and in the meantime concentrate those arriving in temporary camps.

And the main thing is to ask the United States to withdraw the occupation forces from the EU, to create its own counterpart of a military alliance in parallel with NATO and to be friends with Russia and China.

Ctrl Enter
Noticed oshЫbku Highlight text and press. Ctrl + Enter
We are
A great interview with Sergey Lavrov: about Ukraine, Obama and IranWhat you didn't want to know about England
Military Reviewin Yandex News
Military Reviewin Google News
45 comments
Information
Dear reader, to leave comments on the publication, you must to register.