Chizhov: the likely introduction of customs duties on Ukrainian goods is not a trade war and not sanctions

November 14 2015
50
It is possible that in 2016 g of the Russian Federation will introduce customs duties in respect of Ukraine. In this case, we are not talking about sanctions, but about the usual trade regime, which in international law is called the MFN - the most favored regime, reports RIA News Statement by Russia's Permanent Representative to the EU Vladimir Chizhov. 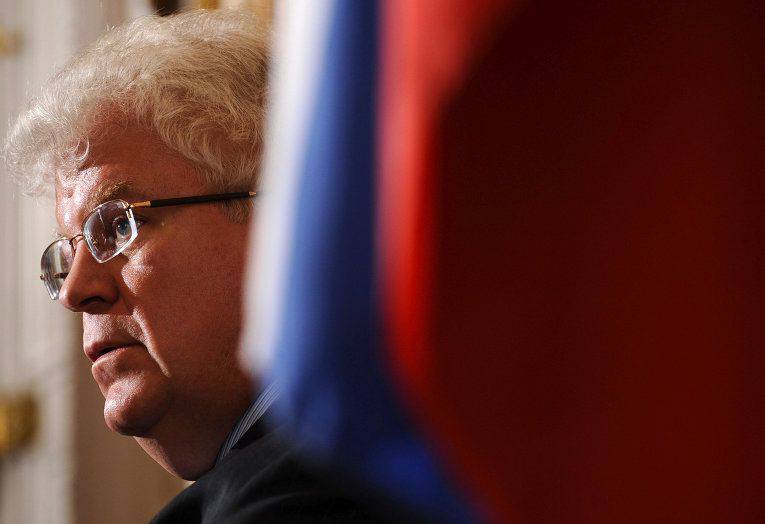 After Kiev signed an association agreement with the EU, Moscow expressed concern about the influx of duty-free European goods through Ukraine to Russia. Dmitry Medvedev noted earlier that the usual trade regime will be introduced after the economic part of the agreement begins to operate. If the parties (Moscow-Kiev-EU) fail to agree on removing the risks for Russia, then this will happen with 1 in January 2016.

According to Chizhov, "while in the EU, they are not particularly worried about the possible introduction of customs duties by the Russian Federation for Ukraine." The results of the tripartite talks did not bring the expected results.

“We proceeded from the need to make a decision on our legitimate concerns in a legally binding form. It is possible to agree on specific technical issues, but in what form? ”Noted Chizhov.

“The status of these agreements - the protocol on consultations - does not suit us. Because it is only a political document, and not legally binding. Our position is open, we have warned in advance that if there is no agreement, and, most likely, alas, it will not, we will introduce what is called the most favored nation regime all over the world. But embargoes, sanctions are the wrong terminology ",
he said.

“With Ukraine, within the framework of the CIS free trade zone agreement, there were preferential relations, and Russia has a MFN regime with the overwhelming majority of countries around the world, including the EU,” he recalled.

“The MFN regime will return them (Ukraine) to the general bar. I think there will be no tragedy, ”Chizhov said.

However, Poroshenko thinks differently. He regards the actions of Moscow as a trade war of the neighbor- “aggressor” against a sovereign state.

“We must be prepared for economic consequences, because Russia resorts not only to the occupation of the sovereign independent state of Ukraine, but also to a trade war against us,” he said after meeting with Cecilia Malmstrom, European Commissioner for Trade.

He also asked Malmström "to support Ukrainian exports to the EU countries," including by "expanding access to the EU market for Ukrainian products." Here, according to Poroshenko, Ukraine "has significant potential."

Ctrl Enter
Noticed oshЫbku Highlight text and press. Ctrl + Enter
We are
Results of the week. "Who you are lucky, in fact, and will carry a cock, and such a bird as you, I, too, will rush!"
Military Reviewin Yandex News
Military Reviewin Google News
50 comments
Information
Dear reader, to leave comments on the publication, you must to register.