November 14 2015
114
Yesterday afternoon came news aboutthat a video was posted on the network in which the militants of the Islamic State banned in Russia threaten our country “soon, very soon” to arrange attacks for supporting the Syrian government army. This video is recorded in Russian to the music. Most of the media do not trust this information, and therefore almost everywhere this video and news about him were immediately removed.


But not on Western sources. So, here is a snippet from this video.

The full version of the video, of course, has spread over the network, but most official, as well as adequate sources, have removed it from access. In the Russian-speaking segment, at the request of Roskomnadzor, it should not be at all. But it is worth noting the fact that, apart from Russia, the “singers” threaten Europe as well, but the western source who posted the video does not mention this. So, all around the information tried to withdraw this, but the English-language resource left her. What for? And everything is simple.

I agree with those who managed to see the full version of this threat. Frames, chilling soul, executions, which clearly shows how the terrorists cut the throat one after the other prisoner, explosions, blood by the river. Yes! It's really scary, and even this song, as if from a horror movie ... horror. 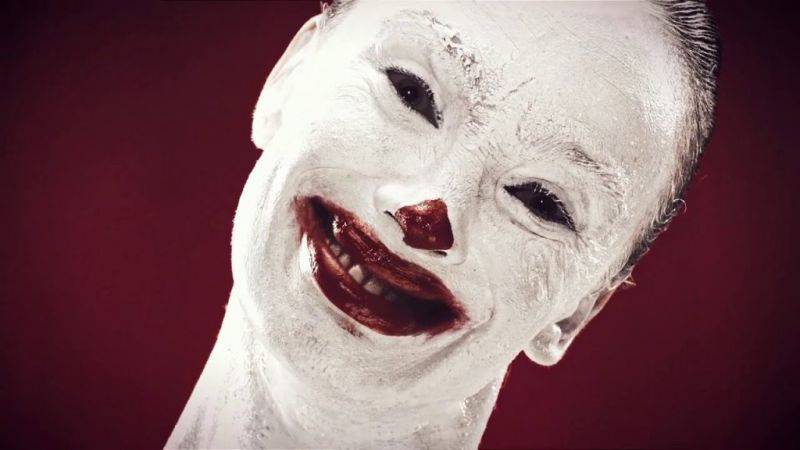 First, this has already appeared on the Internet. Still, they remember how American creative comrades in some godforsaken basement fired a video threat on behalf of the Islamic State.

Secondly, a detailed, let's say, an investigation of this video was conducted by one famous blogger Manzal and found out who are the real producers and directors of these threats. And before you bring the real facts, try to guess whose footprint was found. In order not to be unfounded, I will continue.

So, at the very beginning of the video is the logo, it is real, this year. The video is supposedly made in Sony Vegan using standard frame-to-frame transitions. Yes, this is only an assumption and will only be known after the investigation and examination. We go further, fragments that depict Russia, is in the presentation of the attractions of the contest "Russia 10", which are on the Internet. Fragments of executions are also available, though, almost everywhere they are retouched, for obvious reasons, and in this video there are clear pictures. Music. This is really a real Nasheed (it uses Muslim terminology), which is designed for a Russian audience.

And the most obvious - the very beginning of the video. Soon very Soon is the famous American "meme", which originates from the sand man (1989) comic.

Sending a message about the impending attack originates in Tatarstan, it was there that users received the first calls not to fall into the crowds, to avoid crowded places, after which it all "flew" to Moscow and St. Petersburg. Why from Tatarstan? 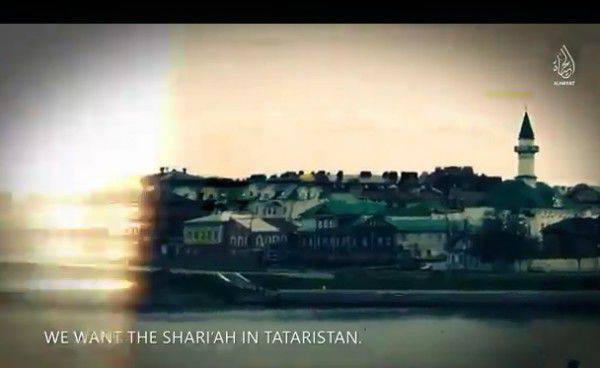 In the video itself, the word Caucasus is incorrectly written in English (“Qawqaz”). Qawqaz, and this is a reference to Wilayat Qawqaz - a potential province of the IG in the Caucasus.

The territory marked in gray is called Qawqaz. 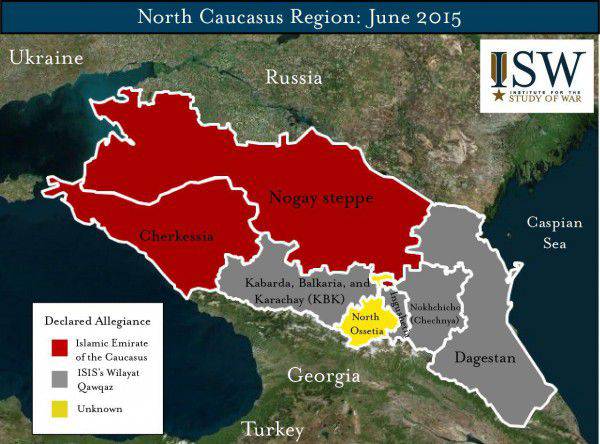 The video says that the Kremlin will be among the terrorists, but in the video it sounded like “Crimea will be ours”. 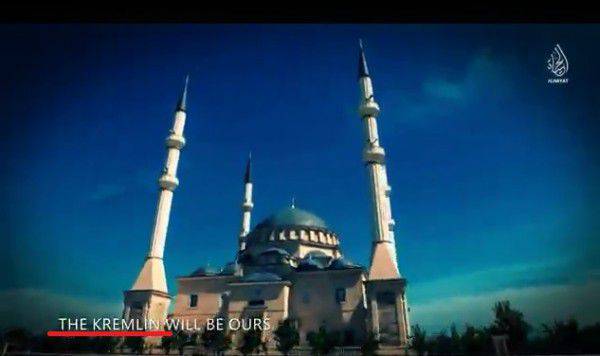 The Russian authorities immediately responded to this information, because the panic really began. So, the press secretary of the President of the Russian Federation Dmitry Peskov said the following:

That's it! There is no evidence the fact that this video was filmed by the “Islamic State”, but in the direction of the West a breeze blew ... Coincidence ?!

Give in to panic makes no sense. This video was sent to excite Russian society. Searches on the Internet, even at the level of the most outstanding user, also do not lead to any trace of the Islamists. All archives of materials from the same media company that shot previous videos are freely available. Last - of course, no.

The West simply does not know what to think of such a thing in order to weaken our country, it's obvious! See for yourself: the Russian military operation in Syria, which daily takes the lives of those whom the United States has been sponsoring for years. The loss? Still would. Russia is building relations with Iran. A threat to Washington's influence in the Middle East? Still would. Even on the economic issue, with the same Arctic, Russia has a legal basis for mining there, but the United States does not. The loss? Yes of course! On all fronts Russia bypasses the West.

And another injection of this video is nothing more than another attempt to instill horror and fear in Russian society, so that we can do with the country what the West did with the same Ukraine - instilled in their heads distrust of the authorities who could not protect country from the threat, both external and internal.

And the tragedy with the plane only adds fuel to the fire, because many Western experts say in a loud voice that it was a terrorist act, that it was the “Islamic State” (its Sinai unit) had a hand in this. And, as they say, under the guise, they threw another threat from the "terrorists". Playing on feelings, on the emotions of Russian people - this is what Western representatives are now trying to leave.

Do not panic! There is no evidence of the involvement of the Islamic State in this video. Here, more questions arise to our "overseas comrades." Yes, the West began to cross the boundaries of what is permitted, there is no doubt. It is one thing to make any assumptions about the terrorists and their “next victims”, and another to do the same.

Of course, IG activation, almost daily tragedies ... it all adds fuel to the fire, but I ask each of you who have doubts about the threats to Russia from IG, do not create this enemy in your head. Yes, he is, but he is far and now the Russian armed forces are doing everything possible to leave this scum forever in the Syrian land.

Ctrl Enter
Noticed oshЫbku Highlight text and press. Ctrl + Enter
We are
What you didn't want to know about EnglandList of destroyed the largest and most high-tech enterprises
Military Reviewin Yandex News
Military Reviewin Google News
114 comments
Information
Dear reader, to leave comments on the publication, you must sign in.