November 17 2015
29
The resignation of Dmitry Yarosh from the post of the head of the Right Sector was unexpected for outside observers. Informed persons said in this connection that the positions of Yarosh in the Nazi movement had long been fragile. Semenchenko shouted about the long arm of President Poroshenko, who threw off Yarosh, others about a coup within the Right Sector, and still others about regrouping within the movement and the beginning of a new phase of the Nazi revolution. 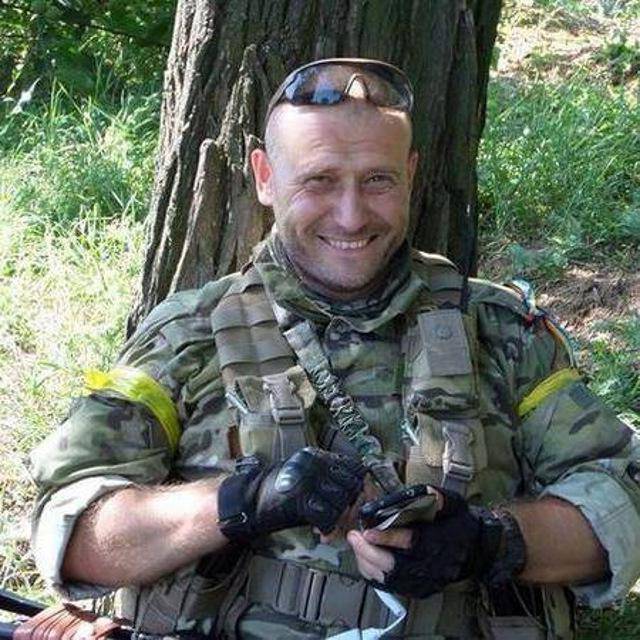 A number of reviewers consider Yarosh’s resignation a precursor to the sweeping of the ultra-Nazi Poroshenko as having done his dirty work, and now it’s time to throw these dirty ends into the water.

Since Yarosh did not attend the “Right Sector” conference on November 8 in Kiev, the version of the revolution within the PS looks more significant. If the question of resignation was already predetermined, then his presence would be a humiliation for him.

In general, a feature of ukronatsizma is that it is fascism without the Fuhrer, pronounced. Yarosh didn’t become one, although he was long considered candidate No. 1. He became only the leader of the movement, because behind his back were the money of Kolomoisky and the roof of the SBU-CIA in the person of his old friend Nalyvaychenko.

UkroSMI put down the heroic image of Yarosh as it were, but there are no special feats behind him except for getting injured, and in special evil deeds he is not noticed, judging by the press. I remember one of his actions - he saved Oleg Tsarev after television on the way out of a studio in Kiev from the massacre of his militants.

By the way, Tsarev wrote an article about the resignation of Yarosh, in which he appears to be a tragic revolutionary: “I have always treated Yarosh negatively because I do not accept the mythical essence of Ukrainian nationalism, but I also cannot disrespect him. Let him be incompetent, but consistent and tremendously stable in his, albeit erroneous, views. For Euromaidan, Yarosh is such a Lenin 2.0. ”. Who knows, maybe Tsarev knows better ...

Perhaps Yarosh tried to keep a lot of his pravoseki from excesses, as he kept them from killing Tsarev. He restrained his militants and further under the pretext of committing rash acts ...

The fact that the Svoboda militants have shown themselves to be great scumbags, completely uncontrollable, they threw grenades under the walls of the Rada on August 31. But the PS militants, in any case, organized, were not there at all.

Yarosh expressed Poroshenko's verbal threats, called him bad words, but never followed them. A philologist by education, and the author of the treatise “The Ukrainian Revolution,” he probably saw its poverty better than others, experienced cognitive dissonance, a split personality, from his theoretical heroic constructions, when they were faced with the looting essence of the Nazi battalions.

In fact, Yarosh stabilized and controlled his pravosek, they did not undertake any real actions against the “regime of internal occupation” of Poroshenko. It is known that Nalyvaichenko is a CIA agent with experience, and it would be logical to assume that Yarosh is also an agent. And just follow the orders of Payette. He even tried to pour his dogs into the SBU! Albeit on a voluntary basis, but still it is the initiation from above of a split in the “Right Sector”.

This terrible secret is probably guessed by many in the Right Sector, but cannot be said out loud, the language does not turn. And further svidomye masses, after all experienced, can no longer tolerate this situation. Therefore, there was a real split, or a coup, in the “Right Sector” ...

However, we are not worried about these national perturbations, but the question: what to expect from them? Obviously, the movement for the leadership will go on in the Nazi movement: who will replace Yarosh formally and informally. If the Nazi masses were set in motion, then new leaders somehow would be found, these would be the masses. And they today in Krajina with combat experience and a considerable number weapons on hands.

With the resignation of Yarosh, the Right Sector leaves for free navigation, it is exempt from the explicit guardianship of the SBU-CIA. And US Ambassador Jeffrey Payette disclaims formal responsibility for pravosekov. Whatever the Right Sector does now, Yarosh will be on the sidelines, and with him Nalyvaychenko and Jeffrey Payette.

For Poroshenko, it is rather worse than better. It is very difficult to clean up the Nazis, this whole conglomerate of Trident and White Hammers, the KGB could not cope with it for a long time, there were too many caches and experience to be buried with. The leader of the DPR Purgin believes that ukronatsii without Yarosh will be radicalized. And Payette, most likely, has other channels of influence on pravosekov, in order to create unforeseen troubles for President Poroshenko.

Note that the conflict between Payette and Poroshenko around Prosecutor General Shokin continues, the latter still retains its post, despite the ambitious request of Ambassador Payette to remove him to hell. However, the General Prosecutor’s Office did not make any other arrests after Korban, the oligarch Kolomoisky’s right hand, although Poroshenko promised, and Korban was released under house arrest in his native Dnipropetrovsk.

That is, the score in the game Poroshenko-Kolomoisky, you can say, 1: 1, and the whole game ahead ... under the referee Payette and the new stand-alone player on the field - “Right Sector” without Dmitry Yarosh.

Bandera Kraina seems to boil. Or Poroshenko will be the dictator-Pinochet, or ukronatsii still give birth to his Fuhrer. Yarosh did not fit this role. Chances of the applicant number 2 in the Fuhrers of the ex-commander of “Azov” Andrei Biletsky are increasing.

Ctrl Enter
Noticed oshЫbku Highlight text and press. Ctrl + Enter
We are
Without a face. Ordinary Nazism, ordinary fascismSituational analysis of the death of the MH17 flight (Malaysian Boeing 777), made on the basis of engineering analysis from 15.08.2014
Military Reviewin Yandex News
Military Reviewin Google News
29 comments
Information
Dear reader, to leave comments on the publication, you must to register.