Features of the national oil trading

November 16 2015
75
The International Energy Agency issued a fresh outlook on world oil prices. According to experts' assumptions, the demand for oil before 2020 will grow at an extremely slow pace, at about a percent per year. Such a small increase in demand will not cover the oversupply in the market. Meanwhile, the Russians, trying to escape from the crisis, are trying to start independent trading in oil. 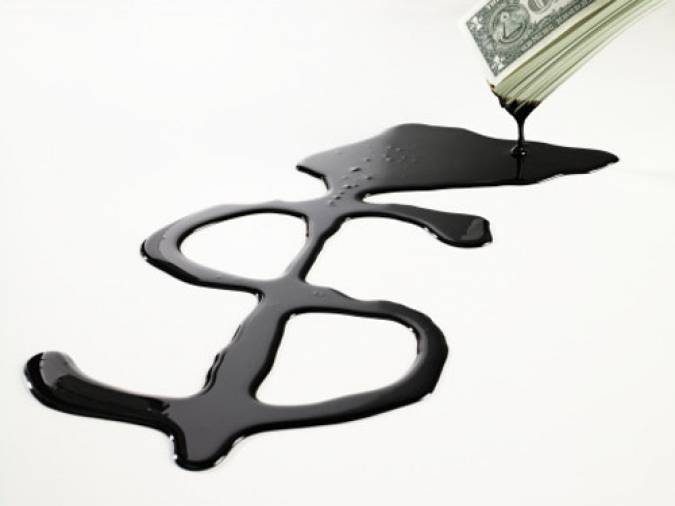 In the November report International Energy Agency (IEA) indicates that the expected long period of low oil prices will benefit consumers, but will cause problems in the field of energy security: the world will increase dependence on a small number of producers with low costs. The experts of the International Energy Agency told about this in a document entitled “World Energy Outlook 2015”.

The report notes that the fall in oil prices set in motion those forces that can subsequently balance the market "with the help of high demand and low growth in supply." Yet such "balancing" mechanisms in the oil markets rarely work "smoothly". According to one of the scenarios, in 2020, oil may cost about 80 dollars per barrel on the market. In another scenario, prices may remain lower, and much longer.

Everything largely depends on low-cost global manufacturers. And ultimately, dependence on exported Middle Eastern oil will rise to the level that was last observed in the 1970s. This situation will affect energy security, including Asian consumers, who are the “end points” of regional oil trade. It is predicted that China's net oil imports by China by 2040 will be almost five times higher than oil imports by the United States, while India’s oil imports may exceed that of the entire European Union.

According to the baseline scenario, global energy demand will increase by almost a third between the 2013 and 2040 years. The basis of demand growth will be developing countries. On the other hand, states will adopt more energy efficient technologies. But even here the experts are not clear: a long period of low oil prices could undermine this crucial pillar of energy transformation.

Oil may end up being held for a long time (up to 2020 of the year) at around 50 dollars. Further, the price will rise, but at a slow pace. The price of 85 dollars per barrel will be reached only by 2040 year. The price may be affected by the OPEC policy: if the cartel does not cut production, the low price scenario will be more likely.

Also, experts of International Energy Agency are confident that the growth of oil production by non-OPEC countries will stop by the 2020 year. Oil production in shale will be reduced in the USA. As for Russia, experts see great risks associated with the financing of large oil and gas projects.

To this we must add that Moscow is taking some measures to reduce its dependence on the influence of world markets.

This month will begin the test bidding of a new reference oil grade of Russian companies. This approach should increase the cost of Russian oil and untie it from the Brent quotes. In addition, we are talking about trading for rubles. He writes about it RBC.

Analysts remind that oil “Urals” and “ESPO” (supplied via the ESPO pipeline) is now sold at a discount compared to North Sea Brent, since there is no single and transparent pricing mechanism and supply guarantee. According to officials, the standard will make the Russian varieties more liquid and reduce the discount.

“In order for the Russian variety to be recognized as a price target by buyers on the international market, it is necessary that it be traded on the exchange at a transparent and understandable price, transportation and volumes of oil supplies are guaranteed to all bidders, and the trading volume must be at least 10-15 mln. year, or 3 million barrels per day".

A year and a half ago, in June, 2014, under the Ministry of Energy, a working group was established under the leadership of Deputy Minister Kirill Molodtsov. The group included representatives of oil companies and specialized agencies, in which the issues of creating a reference grade are being worked out. In September 2015 of the year at the conference on the global oil product markets Molodtsov noted that the Ministry of Energy is counting on the first sale of a new variety at the end of 2015 - the middle of 2016. It all starts with test sessions. Now, as RBC has become clear from the presentation of the head of the St. Petersburg Stock Exchange, Alexei Rybnikov, the general conditions for the supply of Russian oil through the specified stock exchange have been established, clearing and trading rules, futures specifications and trading software have been developed. There are also training seminars. The first oil sales are scheduled for November, Dmitry Rakhon Makhonin, head of the department for controlling the fuel and energy complex of the Federal Antimonopoly Service (FAS is a member of the working group at the Ministry of Energy), told RBC.

As Makhonin said, there will be economic incentives for oil companies: after all, “Urals” is undervalued, its price is only a derivative of “Brent”. At the same time, Urals is exported to Europe. FAS expects that without reference to the price for Brent, the new benchmark will be sold at a price comparable to Brent.

As for the possibility of ruble trade, Rosneft press secretary Mikhail Leontyev told RBC that the company is selling oil for rubles on the domestic market. He did not comment on the questions about export trade on the exchange. Representatives of other large companies (LUKoil, Surgutneftegaz, Gazprom Neft and Zarubezhneft) did not respond to RBC requests.

A source at Rosneft told the agency that before the opening of the auction, it would be necessary to provide for a number of conditions, including ruble payments for supplies. The Bank of Russia must provide clearing for settlements in foreign currency without the participation of correspondent banks in the USA and Europe. It is necessary to create trading systems independent of the USA. It is necessary to provide preferential ruble loans to buyers who purchase oil through the exchange for rubles. You also need to ensure the liquidity of the exchange market of the ruble. Mr. Makhonin from the Federal Anti-Monopoly Service (FAS) states that the possibility of payment in the Russian currency should be provided to bidders now, despite the ruble's volatility.

So, international experts see no reason for the increase in the price of oil on the world market in the coming years, or even decades. It is quite possible to agree with the forecasts of the International Energy Agency, since the supply of crude oil in the world is far ahead of demand.

Russia, whose economy and budget have a strong raw material dependence, is trying to find a way out of updating approaches to oil trading: first, developing transparent trading rules and decoupling from the price of the North Sea variety Brent; secondly, it is an attempt to sell a certain amount of oil for rubles. However, the second initiative looks extremely doubtful, since oil traders, of course, will doubt the feasibility of supplying oil for an unstable currency.

Observed and commented on Oleg Chuvakin
- especially for topwar.ru
Ctrl Enter
Noticed oshЫbku Highlight text and press. Ctrl + Enter
We are
The International Energy Agency is showing another example of global market manipulation.The past, present and future of the Russian energy strategy ("Stratfor", USA)
Military Reviewin Yandex News
Military Reviewin Google News
75 comments
Information
Dear reader, to leave comments on the publication, you must sign in.