Who should stop "Charly"?

November 13 2015
86
Most recently, I wrote about people from a French magazine. Those for whom human grief is just another option to "cut the dough." Regular readers remember this material. He really caused a lot of negative feedback. We, here I speak as not only the author, but also the reader of "VO", quite motivatedly expressed their negative. 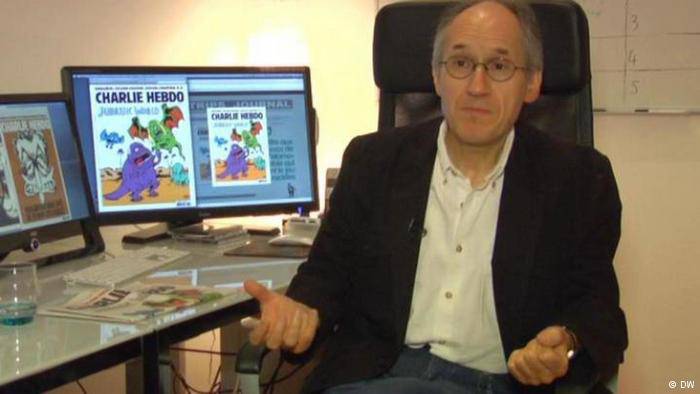 Two caricatures that were printed in early November, angered us. But still there was hope that at least a small part of the human soul in these ... remained. Well, they could not turn into an amoeba. Heartless, soulless. I could not believe that such concepts as conscience, compassion, elementary decency, humanity, finally, completely disappeared from the hearts of these ... journalists.

It turned out that we were wrong. We Russians were wrong. Because we measure everyone according to our measure. According to your soul. And the soul of this "Charlie ..." French. European. And as today's events have shown, the black soul. Nasty.

My article was just a drop in the sea of ​​similar publications in the Russian media. A little drop in a sea of ​​conviction. And we, those who read and wrote their reviews on the article, were the same drop. But the ocean consists of drops. Little ones. It was hoped that a drop would brainwash the members of the editorial board of this vile tabloid yellow. Not washed.

After the first two caricatures, our public organizations, as well as the chairman of the Commission of the Public Chamber of Russia on the development of diplomacy and support of compatriots abroad, Elena Sutormina addressed the Council of Europe Commissioner for Human Rights Nils Muynieks and Reporters Without Borders, but did not receive a response.

Geo-Europeans chose not to pay attention to our opinion. What for? We are "savages" intolerant. We can be ignored. Why spoil the mood of the European man in the street? Why is there some Russian suffering in a well-fed, true, already a little scruffy refugee Europe? Only a European can suffer. Russian is a creature of the lowest order. Like livestock. We are not supposed to suffer.

Only in vain they are. Oh, in vain. Lost the French, where from them in all their streets the cafes "Bistro" appeared. Lost Russian hussars and Cossacks in the Paris squares. The proverb that we harnessed for a long time is also forgotten. But LIH remembered. And the owners of these frogmen remembered.

Do not take our article as a call to hit our footage on France. What for? The Arabs will cope well with this. But who will stop any radical? In Paris, Russians (and here by this concept they mean all former Soviet, including Ukrainians, for example) a great many. And not all of them are adequate. Not everyone controls their actions. These of "Charly Ebdo" want a repetition of the massacre after the publication of the theme of Allah? So then to blame our special services?

“The chief editor of Charlie Hebdo, Gerard Biar, said that the concept of blasphemy does not exist for the publication. He also explained that the images relating to the fall of the Russian plane do not ridicule the victims or the fact of the tragedy.“ There are no cartoon characters in these drawings. We simply comment the event and show our gaze on it. And we do it every week. "

You know, it smacks of some new kind of sadomasochism, to be honest. "We spit on everything we reach and see us as we are." But the rake had already happened once. And then what?

Apparently, a good profit was given by the sale of black T-shirts with “I Charly” logo. And the circulation of the magazine with the mournful faces of the European rulers at the mourning procession also apparently sold well.

It remains only to copy the answer of the chief editor to the case ... There are all sorts of cases. That is why Europeans do not learn the lessons of life? Why is it not delayed in the minds of what can be done and what cannot? For example, I once hit my head in the minibus when leaving. And that's all. Memorized. Now bend down. And these do not remember.

Of course, we will now again turn to European officials. Again we will express and demand. According to the information, Ms. Sutormina has already addressed the OSCE Representative on Freedom of the Media, Dunye Miyatovic. Again requests were sent to Reporters Without Borders. And what do you think, what will be the result? It seems to me exactly the same as the first treatment.

Maybe you should not ask the media officials, but the French president? And should not ask a Russian official, and the president of Russia? Scum hooked our soul. Bes, the fiendish new Europe, spits in our faces. Do utryas? Or will we really wait for the appearance of Russian Robin Hood? As it once was after the tragedy in Switzerland.

Debt good turn deserves another. And in Russia it is customary to repay debts Any. Especially debts of honor. Although for whom I wrote this? For the Russians, this is already an axiom, and for the geo-Europeans ... There, with honor, they long ago dealt with the chimera as an unnecessary and interfering tolerance.

Apparently, that France, which was the cultural heart of Europe, died. Yes, all these superdogs and mega-scent from the couturier, of course, will remain. And that's all. What is left? A bunch of outright scoundrels publishing mockery of an anonymous scoundrel, and a crowd of nothing different from them buyers of this "magazine"? And is this the free spirit of France? Is it French? Are they descendants of those who, together with our grandfathers and great-grandfathers, fought in the same sky against a common enemy? Is it the grandchildren of those "macs" who preferred death in battle to vishist slavery?

French bit map. And the bat is not in the First World War, when the dying army of Samsonov was delaying the divisions from under Verdun. Bat is not in World War II, when the Reichswehr, who came from nowhere, dispersed the best army of Europe, like puppies. Namely, today, when the crowd got sick with gusto, the magazine "Charly" was snapping up with pleasure.

Fans of general equality - rejoice!
Fans of the universal world - rejoice!
Your kingdom will come,
Your sun will rise.

Woe to you, separate faces!
Will you have a single face ...

Ctrl Enter
Noticed oshЫbku Highlight text and press. Ctrl + Enter
We are
Results of the week. “Look, the whole face is black! Have you ever read Moidodyr? ”Results of the week. "You are not conscious, you have lost your conscience!"
Military Reviewin Yandex News
Military Reviewin Google News
86 comments
Information
Dear reader, to leave comments on the publication, you must sign in.