On modernization of the Strategic Missile Forces

November 13 2015
75
Last Wednesday, November 11, a meeting was held in the Sochi residence "Bocharov Ruchey" with the participation of leaders of the state, representatives of the Ministry of Defense and the defense industry. During this event, President Vladimir Putin made an important statement, instantly scattered in ribbons. News. The head of state urged to catch up on previous years and develop the armed forces. At the same time, however, he noted that the country should not be drawn into any arms race. The main task is to update the army, which will get rid of the consequences of previous decades of insufficient funding.


It is proposed to upgrade the armed forces and upgrade their equipment in several main areas. One of the main ones is the development of strategic rocket forces, which are the most important instrument for ensuring state security. The renewal of the Strategic Missile Forces has become one of the main topics of several recent meetings devoted to the development of the army. In this context, some features of current works were announced, and plans for the future were disclosed.

During the last meetings, V. Putin drew attention to foreign projects of anti-missile systems that may pose a threat to Russian security. According to the Russian president, the true goal of such projects being implemented by the United States and its allies is not to defend against a nuclear missile attack, but to achieve global military superiority. This imbalance of power represents a great danger, because of which Russia will be forced to take retaliatory measures. 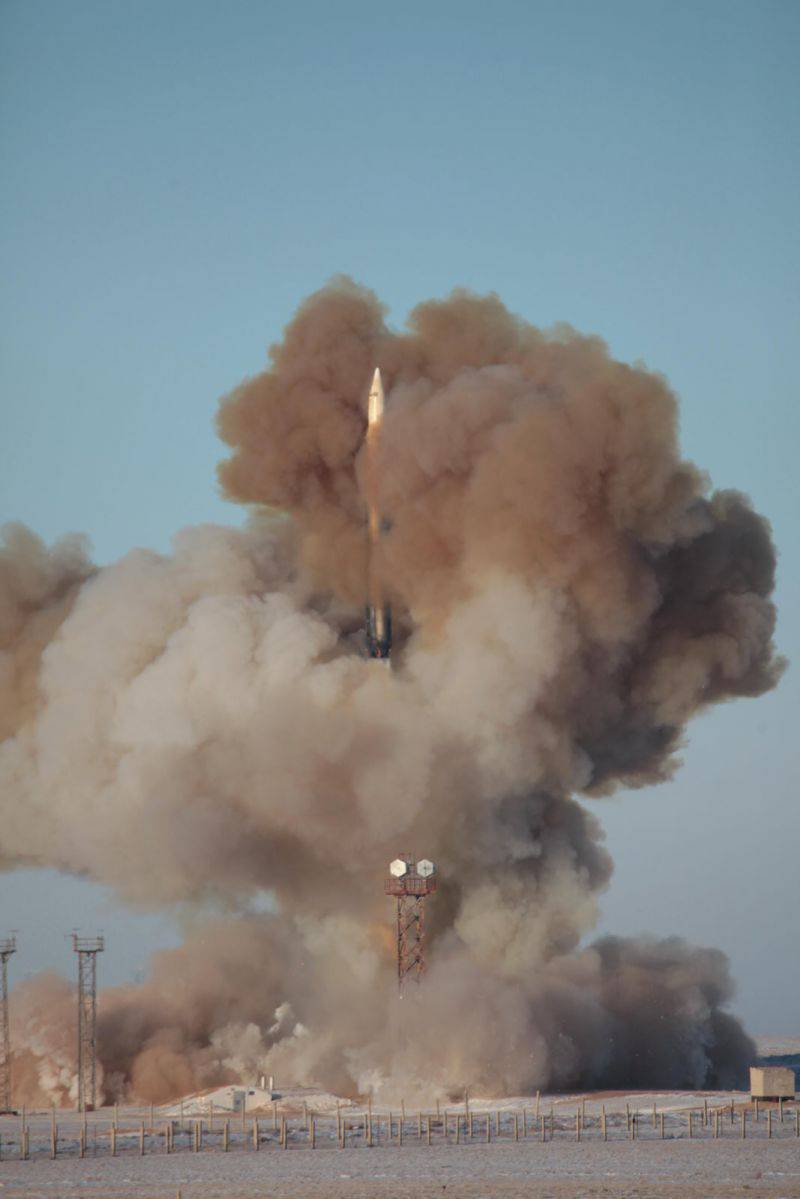 According to the president, Russia will strengthen the potential of its strategic nuclear forces. It is planned to create missile defense systems, but at the moment the main task is to work on attack systems that can overcome any defense of a potential enemy.

Currently, mass production and delivery of the newest missile systems to the troops continues. V. Putin once again said that during 2015, the Strategic Missile Forces should receive four regiments with the most modern missiles. This information was repeatedly voiced previously by various officials and has now again received confirmation. The president did not specify the type of new complexes, however, most likely, they talked about PC-24 "Yars" systems. Available information on the structure of the rocket forces suggests that they will receive the latest 36 systems for the current year.

Certain successes have been achieved in the creation of new missile systems, which in the future will replace the existing equipment in service. Closest to the adoption of the intercontinental ballistic missile RS-26 "Frontier". It is a further development of the Topol / Yars products and has similar goals. Earlier it was claimed that the Rubezh complex in the distant future would replace the existing Topol-M and Yars missiles. However, over the next few years, complexes of all three types are likely to be used in parallel.

The development of the PC-26 project started about ten years ago at the Moscow Institute of Thermal Engineering. The existence of a promising project became known only a few years later, when it reached the stage of building prototypes and tests. The first launch of the test rocket took place in September of the 2011 of the year and ended in failure (according to other sources, these were successful throwing tests). Also in 2011, an alternative designation of the project appeared, which is why in different sources the complex PC-26 can be referred to as “Border” and “Avant-garde”.

To date, several test launches have been completed. Almost all launches, with the exception of the very first, ended in a successful defeat of the conventional goal. In March, 2015, the next successful launch took place, after which it was decided to start mass production of missiles with subsequent deployment in the army.

In 2014 and 2015, officials repeatedly raised the topic of the adoption of the "Boundary" in service. So, last year it was claimed that these missiles would go into service in the 2015. In the spring of this year, Commander-in-Chief of the Strategic Missile Forces, Colonel-General Sergei Karakayev, said that the complex will be put into service at the end of 2015, and mass production will start no later than the first months of 2016.

Works on the PC-26 “Frontier” project have entered the final stage. In the near future, the new system will be adopted by the strategic missile forces, and in the next few months the army will receive the first serial missiles. Until the end of next year, the first formations armed with new complexes will take over duty. Thus, already now the project "Frontier" can be considered successfully completed. The nomenclature of the Strategic Missile Forces will be replenished with a new type of missiles with enhanced characteristics.

PC-26 “Frontier” in the distant future will have to replace the Topol and Yars systems. In the near future, a gradual replacement of heavy-class ICBMs, such as the P-36M, etc., is planned, for which the RS-28 Sarmat missile is currently being developed. To date, some features of this promising project have become known, but most of the information is still not to be disclosed.

The creation of the Sarmat project started at the end of the last decade. The lead developer was the State Rocket Center. Makeev. In addition, some other enterprises are involved in the project, in particular, the Reutov NPO Mashinostroeniya. The aim of the project is to create a heavy liquid intercontinental ballistic missile that can replace existing samples of a similar class in the Strategic Missile Forces.

The exact requirements for the rocket remain unknown, although some approximate information was read out. For example, the former chief of the General Staff of the Strategic Missile Forces and consultant to the commander of the missile forces, Viktor Esin, mentioned that the missile weight of the new missile would reach 5 tons. Flight range has not yet revealed. At the same time, the Deputy Minister of Defense Yury Borisov last year noted that the promising ICBM could fly through the North or South Pole.

At the end of last spring, Y. Borisov also said that all work on the Sarmat project was proceeding in accordance with the schedule. In the summer of 2015, information appeared according to which the third stage of development work is currently underway. At the same time it was mentioned that the flight tests of the promising missile will begin as early as next year.

At the moment, it can be assumed that the tests of the Sarmat RS-28 rocket will start next year, after which it will take some time to carry out all the necessary checks and modifications. As a result, the promising ICBM will be able to go on a series and take up duty only after a few years. It has been repeatedly claimed that the Sarmat complex will go into operation by the end of the decade - in 2018-20. Taking into account the available information on the current state of the project, such deadlines look real.

At the present time, several types of complexes are in service with strategic missile forces, including those developed several decades ago, during the Soviet era. In recent years, the program of modernizing the armament of the Strategic Missile Forces has been carried out, the purpose of which is to create and put on duty new missile systems. The outcome of the current work should be a complete rejection of the use of outdated systems with the transition to new ones.

Several years ago, the development of the PC-24 “Yars” project was completed, after which a new type of missile began to receive Strategic Rocket Forces. Next year, the troops will receive the first batch of systems "Rubezh". By the end of the decade, the arsenal of rocket troops will be replenished with the Sarmat complex. Thus, by the 2020-22 years, the armaments of the strategic missile forces will form the complexes created during the last 10-15 years, which will positively affect the combat capability of the Strategic Missile Forces and the strategic security of the state.