The difficult fate of the Spanish tank Lince 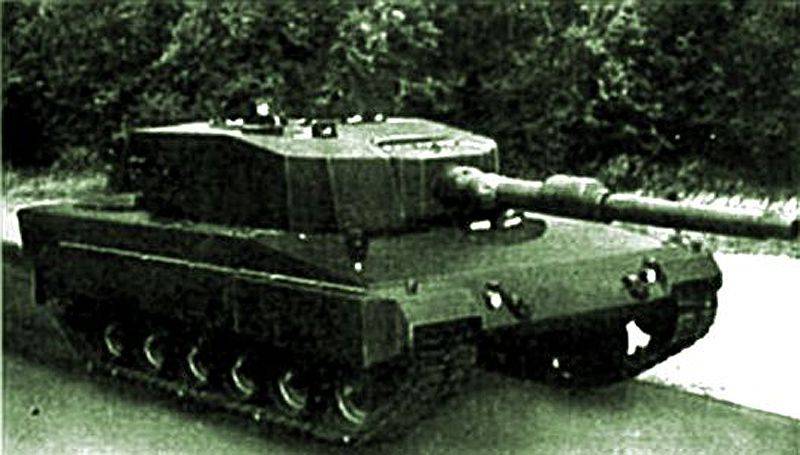 The prototype of the Spanish main battle tank Lynx

After World War II, Spain was armed only with obsolete German tanks, since Germany had actively supported it since the beginning of the civil war in this country. Spain was considered to be a fascist state before 1953 / 1954, but as the Cold War deepened, the United States still obtained permission to build several air bases, for example, in Zaragoza, whose construction began in 1954.

In the same year, according to the Law on Mutual Military Assistance, American tanks M47 (modernized M46) and medium tanks M48 Patton were delivered to Spain.

In 1970, Spain was able to obtain the licensed production of the AMX-30 medium tank from the French state company GIAT, and when the production was completed in 1979, the M47 / M48 tanks were outdated.

Requirements for the new tank, which was to be added to the Spanish AMX-30, were released in the 1984 year, after which proposals were received from the following countries:

USA - New M1 Abrams tanks were offered, but the proposal was rejected (it may not have been licensed to manufacture them).

France - GIAT has proposed a joint production project. He was rejected because France did not allow Spain to export a new tank.

Italy - As a licensed manufacturer of Leopard 1, as well as the developer and exporter of the tank OF-40 Italy has proposed a joint development project that could replace the Leopard 1.

Germany - Krauss-Maffei and the Spanish company Santa Bárbara submitted a general application. At that time, the production of the Leopard 2 tank was carried out in full swing by Krauss-Maffei, and therefore these companies were able to offer German MTU engines with HP 1500 power. and the 120-mm smoothbore gun L44, which have already been successfully installed on Leopard 2 tanks.

Both companies made a prototype with this engine and this smooth-bore gun, which externally resembled the Leopard 2, after which only one applicant remained for the program on the new Spanish tank Lince (Lynx).

The tank of this joint project was lighter and smaller than the tank Leopard 2. It had a mass of 49 tons and could shoot in motion thanks to a stabilization system, as well as modern day and night sights. Its 1200 horsepower engine allowed to reach a maximum speed of 70 km / h. All dimensions of the prototype were smaller than those of the Leopard 2 tank.

1987 year was a turning point, not only for the program Lince, but in general for the Spanish armored forces. This year the following happened:

The French tank Leclerc was proposed for licensed production and the right to export it was included in this offer.

All existing AMX-30E tanks had to be upgraded.

Spain has agreed on the supply of surplus of its tanks M60A1 and M60A3 Patton to other countries.

All these events and circumstances led to the closure of the project Lince, and in subsequent years, Spain successfully obtained a license to manufacture the tank Leopard 2A6, which was given the designation Leopard 2E.