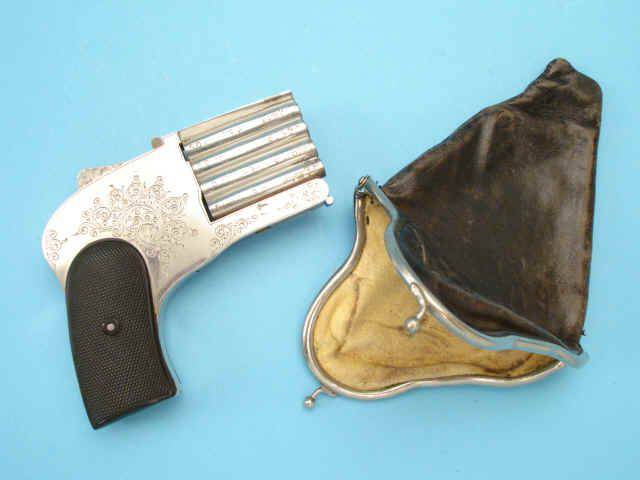 The beginning of the 20 century was marked by the emergence of a large number of self-loading pistols of various designs. However, occasionally continued to emit single instances of pistols, the design of which was very primitive.

One of these pistols is a four-barreled Belgian pistol caliber 5 mm, made in 1905 year.

The pistol consists of a frame with a handle and details of the firing mechanism, as well as a block of barrels. 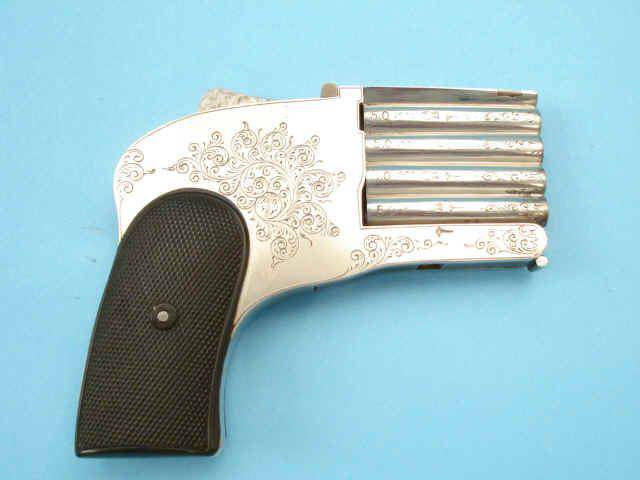 The block of trunks consists of four interconnected parallel trunks located in a vertical plane. The trigger of the pistol is foldable and in the stowed position hidden in the frame weapons. The trigger mechanism of double action, which probably alternately cocks and lowers four firing pin. 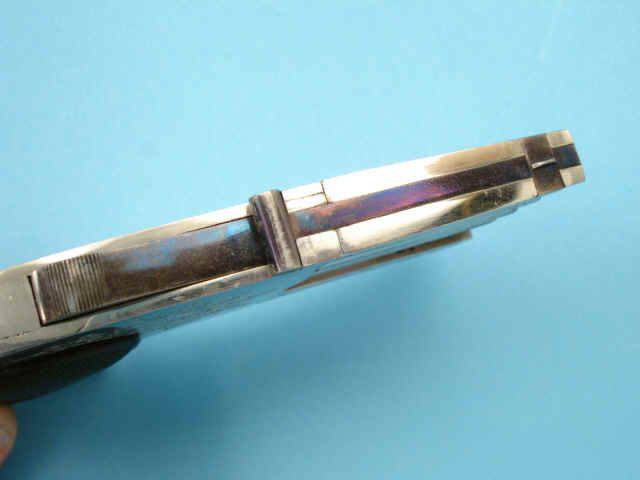 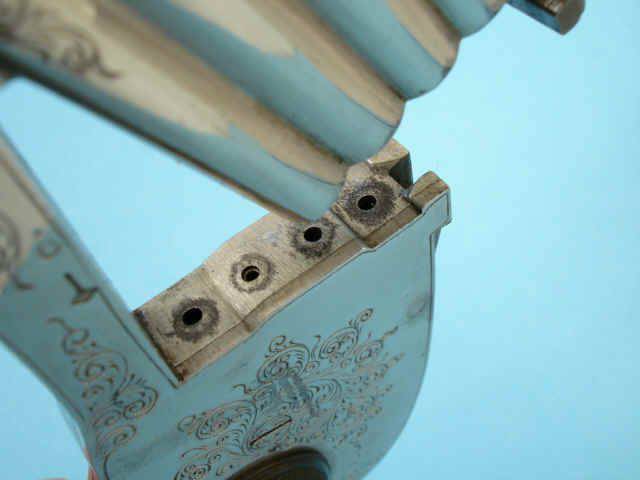 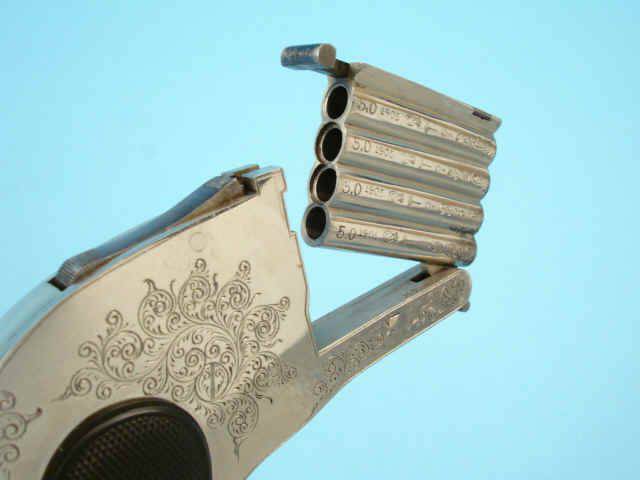 At the top of the frame there is a button, which, when clicked, opens the block of barrels to remove liners and equip with cartridges. In the chamber of the trunks are made grooves for the edges of the sleeves. The depth of the grooves at the trunks is different and corresponds to the height difference of the profile of the breech frame. The length of the barrel stem unit 38 mm. 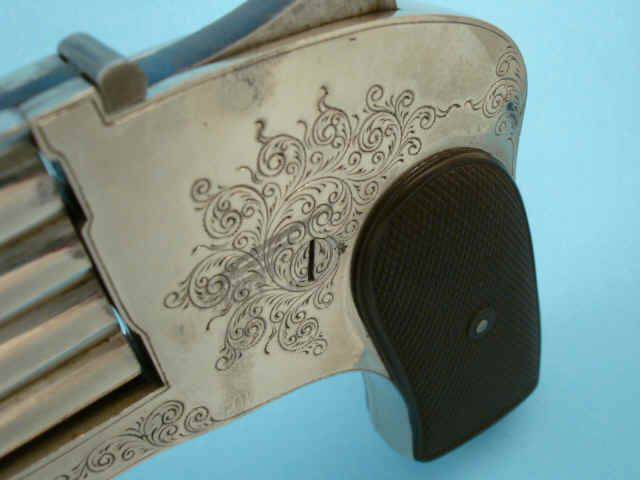 The frame of the gun has a removable cover that provides disassembly of the weapon and access to the details of the trigger mechanism. The cover is fastened in a frame with a screw. 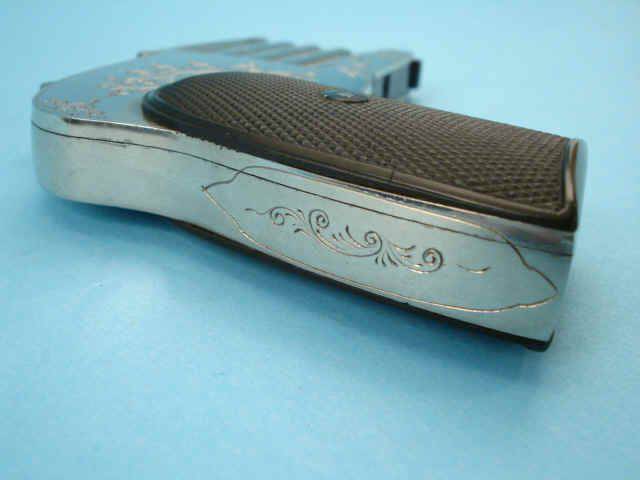 The metal parts of the pistol are chrome plated and engraved. The cheek handles are made of hard rubber. The surface of the cheeks of the handle covers a diamond-shaped notch. 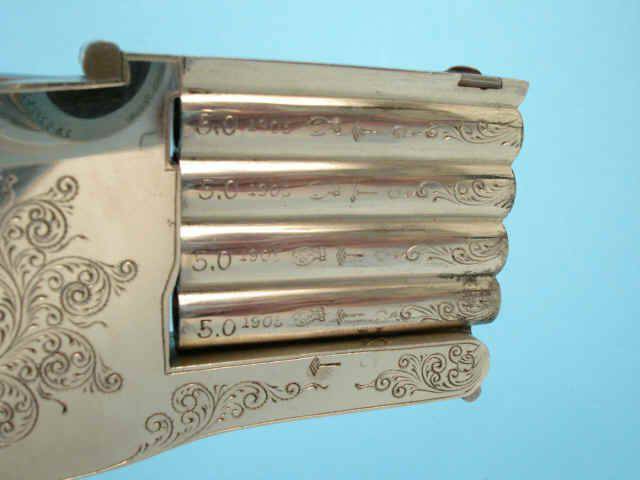 On the left side of each of the barrels of the barrel unit is marked marking the caliber of used ammunition - "5.0", the model year - "1905", as well as the Belgian Liege receiving stamps. 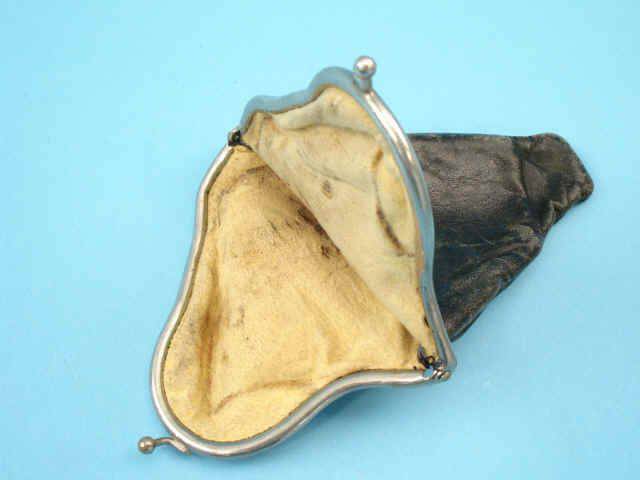 A leather case with a metal clasp is provided as a holster for a pistol. The inner surface of the cover is yellow, the outer black. The cover in appearance resembles an old wallet. 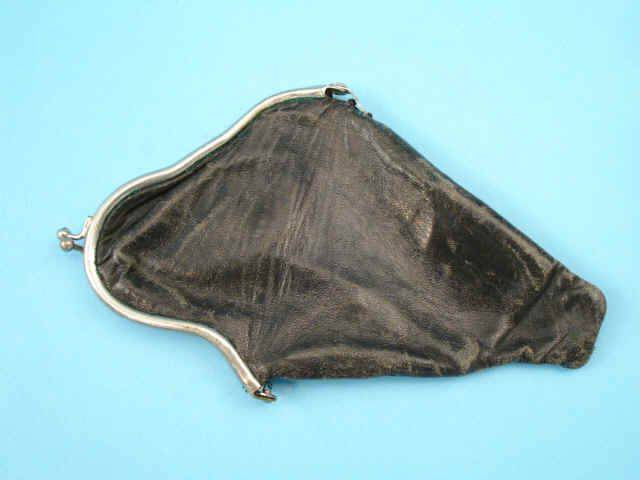 The appearance of such weapons is quite unusual, given the year indicated on the details of the weapon. In 1905, already Browning pistols firmly conquer the arms market. Perhaps this gun is one of the last attempts to make a cheap and compact non-self-loading weapon of self-defense.