Depart from the rules for the sake of Kiev 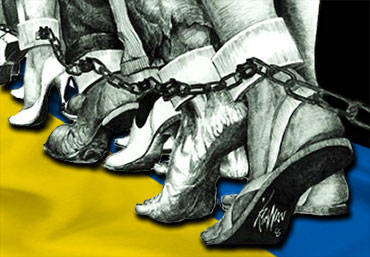 If earlier in the press there were reports that the Ministry of Finance of the Russian Federation intends to sue Ukraine for 3 billion dollars in Kiev debts, now “informed sources” claim that Moscow is working on options for blocking the assistance program of the IMF Ukraine. The argument in the dispute is just the burning question of paying Eurobond debt to 3 billion.


In Andrew Mayeda’s article Bloomberg Business It is reported that Russia is “exploring” the possibilities of blocking the next tranche of loans from the International Monetary Fund to Ukraine. The reason for the blocking could be a dispute between Moscow and Kiev over the debt in the amount of 3 billion dollars. The “person familiar with the situation” told this to the correspondent.

Borrowing countries must demonstrate to the IMF that they can pay off debt to existing creditors. Fund rules prohibit lending to countries that have outstanding debts to official creditors. It is curious that in the near future the fund is going to discuss a change in its own policy (!) In order to remove the formal obstacles to lending to Ukraine. This was reported to the journalist "another person familiar with the situation."

That is, we note, the currency from the IMF can go to Kiev, even if it does not pay off the obligations to Moscow in December 2015.

Faced with such an interesting situation, the administration of Vladimir Putin is unlikely to be sure that Ukraine will pay its debt to Russia, the first source said. Russia could inform the IMF that Ukraine is acting in bad faith.

True, the Kremlin has not yet decided whether to go this way, the source said.

The amount that is "at stake" is 1,7 billion. That's exactly how much should Kiev receive from the IMF from the total planned aid in the amount of 17,5 billion.

The Kremlin strategy, if it is launched, is likely to meet opposition from the United States and its seven allies. These states advocate IMF assistance to Ukraine and collectively control the majority of votes in the Fund’s Executive Board.

But the Kremlin can get the support of major creditor countries - China and Saudi Arabia. Some of them may object to the "weakening" of the IMF policy.

Yet Russia's protests related to Ukraine’s debt in 3 billion are unlikely to be heard by the IMF, said Anders Aslund, a senior fellow at the Atlantic Council in Washington. This debt Aslund does not consider "argument."

The press service of the Ministry of Finance of Russia did not immediately respond to a request to comment on the proposed strategy, notes the publication.

Russian Deputy Finance Minister Sergei Storchak said on Tuesday that "we want to solve this problem without major consequences for Ukraine as a potential borrower in the financial markets." True, there are only two paths: either the court or the payment of a debt.

Jerry Rice, the chief representative of the fund, said earlier, on October 29, that the IMF board is expected to consider changing the lending policy in the “near future.”

The corresponding vote will be held this month, said the publication "a person familiar with this proposal."

Earlier, Russia promised to file a lawsuit against Ukraine if the administration of Petro Poroshenko announced a “default” on the loan. Putin’s government does not want to give in: after all, the United States and the European Union are not going to lift economic sanctions on Russia. This was reported to the correspondent by “a person familiar with the position of Russia”.

As for Washington’s behavior, a certain “US Treasury official” told reporters (at a briefing, but “on condition of anonymity”) that Ukraine had taken steps in accordance with the requirements of the IMF to resolve the debt crisis. And for the IMF is very important to continue to provide appropriate support to Ukraine.

A. Montanino, who participated in the IMF's Executive Council from 2012 to 2014, believes that if it comes to vote, Russia probably will not receive support from other member countries, even if “supposed allies” like China block the aid program Ukraine. "Russia will be isolated," said Montanino. By the way, this person is currently working as director of the program of global business and economics of the Atlantic Council (Washington, DC).

As indicated Interfax, Ukraine has recently restructured all issues of its Eurobonds, except for “Russian” (for the aforementioned amount of $ 3 billion). Russia did not participate in the restructuring, as it insisted on the redemption of bonds on time (December 20 2015 of the year).

Moscow believes that it is not a commercial lender and therefore cannot participate in the restructuring. But the IMF has not yet clarified whether it considers Ukraine’s debt to the Russian Federation commercial or official. Accordingly, it is not known whether a default on three billion dollars in debt (unless the rules of the fund are changed) can lead to the freezing of Ukraine’s lending program.

It looks like we’ll add that the IMF will “weaken” the policy and issue a credit tranche to Kiev. This assumption is supported by the fact that the mission of the International Monetary Fund began its work in Kiev. This is stated in the statement of the IMF representative in Ukraine Jerome Your, reports "Ukrinform".

“The mission of the International Monetary Fund, headed by Ron van Ruden, will begin work in Kiev on November 12. In continuation of the previous technical discussions that lasted from September 22 to October 2, the mission will hold further discussions at the political level with the Ukrainian authorities in the context of the program of economic reforms implemented with the support of the IMF, ”the agency’s permanent representative office in Ukraine quotes.

The above mentioned noted that cooperation between Ukraine and the IMF within the framework of the program of expanded financing depends on the further implementation of economic reforms in the country.

He did not say anything about Russia and the Ukrainian debt to it, as well as about the IMF credit rules.

Observed and commented on Oleg Chuvakin
- especially for topwar.ru
Ctrl Enter
Noticed oshЫbku Highlight text and press. Ctrl + Enter
We are
Results of the week. “Annushka has already bought sunflower oil, and not only bought it, but even poured it”Who wrote off the debts of Russia?
Military Reviewin Yandex News
Military Reviewin Google News
80 comments
Information
Dear reader, to leave comments on the publication, you must to register.