November 12 2015
130
Secretary of the National Security Council and Ukraine Oleksandr Turchynov attends a gala replenishment ceremony for the gallant Ukrainian fleet. We are talking about the commissioning of two armored boats of project 58155 Gyurza-M. Information Agency Interfax-Ukraine quotes Turchinov statement:

For two years of the war (apparently Turchinov has been fighting with someone for two years already - approx. “VO”), we were able to significantly increase the armored potential of our armed forces, our army received new Tanks, armored personnel carriers, other armored vehicles, our military pilots received modernized aircraft and for the first time during these difficult two years of the war, our military sailors will receive two warships. 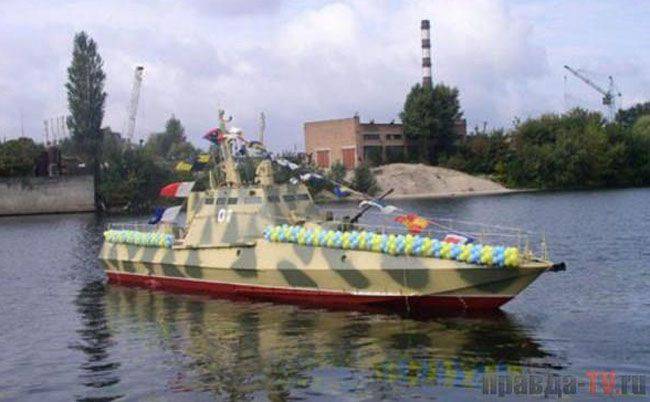 Turchinov said that the new combat boats will be the pride of the Ukrainian fleet, as they can "find and destroy the enemy."

It should be noted that the laying of armored boats took place in Kiev (Leninskaya Kuznitsa Plant, the development of the Shipbuilding Center in Nikolayev) in October 2012 of the year. In the then plans of the Ministry of Defense, it appeared that by the 2017, 9 of such boats would be commissioned.

The main characteristics of the armored cars of the project "Gyurza-M":

Armored battles are equipped with Katran-M combat modules with an automatic 30-mm automatic ZTM1 automatic cannon, an automatic grenade launcher and an 7,62 mm machine gun. ATGM “Barrier” with a laser targeting system can be used. According to some reports, there is a set of MANPADS on board.

The original purpose is to carry out anti-piracy operations and operations against smugglers in the Black Sea-Azov water area and on the Danube River.