Victory and defeat of the Russian civilization 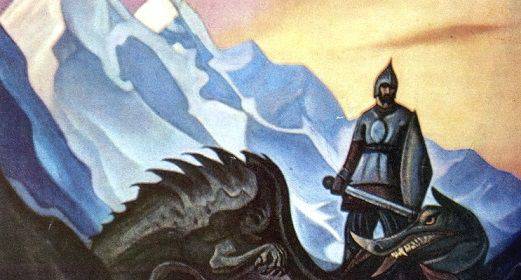 First. The disavowal of the results of the 1945 Victory of the Year was primarily due to the degradation of the USSR ideology in the form of “Marxism-Leninism”. The official Marx-Engels-Lenin clergy after the XX Congress of the CPSU and the “struggle against the personality cult of Stalin” no longer explored reality from ideological positions and paved the way for the future among the reefs of crises and conflicts, but rather urged ideological concepts to meet the demands of political leadership. These concepts are “increasingly satisfying the ever-growing needs of the Soviet people,” “peaceful existence,” “developed socialism,” “nation-wide state,” etc. they demobilized society from top to bottom, led to growing social and economic, and then domestic political problems. What ultimately led to the destruction of the Soviet Union and the dismemberment of the country according to the “Barbarossa” plan. Judging by the nature of the destruction and dismemberment, it is fully consistent not only with the interests of the leading actors of the "Western" civilization, but also with the interests of the actor of the Soviet civilization.

Second. The “inefficiency” of the Soviet economy was primarily caused by erroneous strategic planning (inability to use market mechanisms in the correct industry directions) and the financial gap artificially created in the middle of 60-s between the scientific and technological developments and the real sector of the economy growth of profitability, “equalization” in remuneration, “sturmovshchina” with excessive accumulation of raw materials and “adjustment” of plan targets, etc. .). In addition, the growing propaganda of the “consumer society” within the framework of the “convergence of the two systems” also played its role. Both "covered" the gigantic controlled flow of Soviet assets into the Western economy.

The third. In parallel, for almost a quarter of a century, there was a powerful organizational and economic pumping of the “national” union republics (that is, everyone except the RSFSR), which created objectively favorable conditions for their conflict between themselves and with the allied state institutions. These measures were subjectively supplemented and intensified by the “struggle against dissidents and nationalists,” among which a considerable and active part of the intelligentsia as producers of the ideal product was suppressed.

Fourth. Almost the same policy was projected outside the USSR, the de facto Kremlin adopted defensive tactics with division into zones of influence, which did not work by definition in the case of the United States and other Western countries. The stake on defense actually undermined the world communist movement as a global ideological and political force (with the exception of “red China”). In addition, the “struggle for world peace” led to a gradual surrender of the positions of the USSR in the third world starting with the Caribbean crisis.

The fifth. In parallel, the process of "convergence" with the Western civilization was going in all directions, expanding and going deeper to a critical limit for the Russian civilization in the form of the USSR. This contributed to the anti-communist and anti-Russian groups in the higher echelons of the CPSU and the KGB. It was not for nothing that the group of “advisers under the Central Committee of the CPSU”, in the ranks of which were Burlatsky, Arbatov, Inozemtsev, Bovin, Delyusin and others, positioned itself as “Andropov's nestlings” and for two decades effectively tori the way for Gorbachev's “perestroika” and for Yeltsin's "market reforms."

The sixth. Already at the end of the 50s, “simplification” began, and simply the degradation of the Soviet education system. For example, already in 1955, logic was excluded from school programs as an independent subject of study, and a bit later the same fate befell higher educational institutions of non-philosophical specialization. In 1957, the astronomy course was transferred from the 8 class to the 10 and significantly shortened, so the words of the future US President John F. Kennedy: “We lost space to the Russians at the school desk,” 4 of the year 1957 said The first artificial satellite of the Earth, no longer fully corresponded to reality. Of course, this trend is not exhausted only by logic with astronomy: degradation of education affected almost all subjects of the school curriculum, which led to a sharp drop not only in the real level of education, but also in the degradation of the value system of Soviet society as a whole.

Seventh. The sharp decline in the mobility of “social elevators” in Soviet society, the self-isolation of the “elites”, growing social inequalities, a decline in their responsibility to the state and the lower classes, which led to the growing alienation of power from the people.

It is already clear from here what needs to be done so that our country could, having passed through the era of defeats, return to the era of victories, since after the destruction of the USSR all the indicated tendencies did not completely disappear, but, on the contrary, increased to grotesque forms and volumes only for the most problematic, on the verge of a failed state, states.

First of all, it is necessary to realize and fix the simple fact that the West - today led by the United States - both was and remains a civilizational antagonist of Russian civilization, the Russian world, “Greater Russia”, whatever ideological or political forms it existed, denying it, as a single and independent whole, the right to exist. Hence, the formation of a new anti-Western ideology, which revives a bundle of principles of freedom, social justice and progress, not only for Russia, but for all of humanity, becomes vital. Without this, both defensive and attacking, ideological and political "weapons»Any confrontation of Western civilization will be doomed to failure. It is impossible to “be holier than the Pope” and try to remind the West of ideologies passed long ago and already forgotten, like “human rights”, “norms of international law” or “free market”. The West, figuratively speaking, has a protected patent for these forms of packaging, and what exactly will be inside - it is up to them and only them; no “wishes from outside” here will be accepted and taken into account. One may call this practice “double” or even “triple standards” - for the West itself this is the same nonsense as demanding from Coca-Cola an exact recipe of a drink poured into cans and bottles - this is decided only by the company this is her trade secret.

Consequently, it is also necessary as soon as possible and in relation to the conditions of our country to switch to a mixed economy model, which provided the PRC a breakthrough to the top of the world economy, and today it is putting the yuan in the category of “world currencies”. This new economic strategy should provide not only the introduction of new technologies in all sectors of the economy, but also to launch the work of “social elevators” within Russian society.

Finally, emphasis should be placed on interaction with those countries that do not accept the order of Pax Americana, the “dollar empire”. This applies both to the developing countries of the third world (in the formats of the SCO, BRICS, the EAEU, etc.) and to “outsiders” from among the US satellites, for various reasons and with different speeds “departing” from their zone of influence (from Iceland and Greece to Turkey, in perspective - to Israel and Germany). The goal of such interaction will be the formation of a real ideological, political and economic multipolarity of the modern world, which will make it much more stable and secure, and the interaction within it will be constructive and fruitful.

All this must be done with maximum speed and completeness. Only as a result of changes of this kind can Russia not only be preserved as a civilizational whole, but also win in the inevitable and already unfolding battle for our future.

Ctrl Enter
Noticed oshЫbku Highlight text and press. Ctrl + Enter
We are
About Stalin and KhrushchevOn the other side of the “red” and “white”. Izborsk Club Report
Military Reviewin Yandex News
Military Reviewin Google News
82 comments
Information
Dear reader, to leave comments on the publication, you must to register.