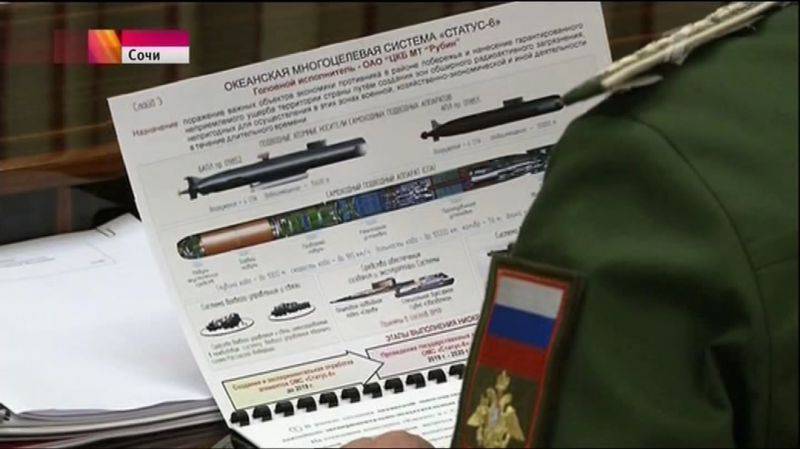 From now on, all photographers and cameramen at all military meetings at the highest level will be able to shoot only the profile of the Russian president. They will be banned, including for “cutting in,” in the television story using footage with documents in the hands of the meeting participants, as well as the faces of all the meeting participants, except Putin himself.
/ I appreciate humor Vladimir Vladimirovich. 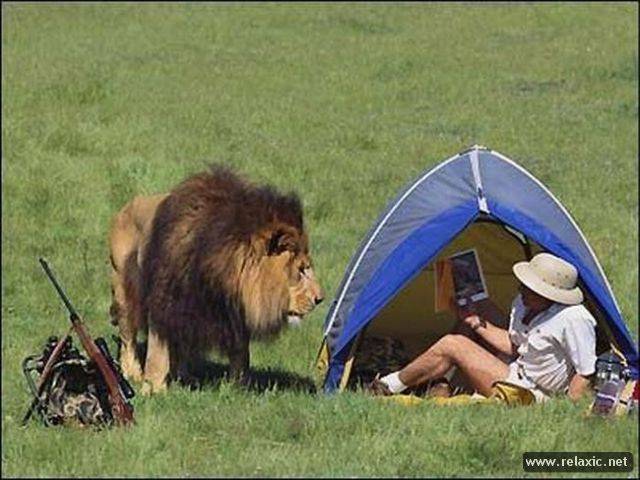 What happened and when?

It was 9 in November 2015 - Russian TV channels (mistakenly, on a tip, on request) showed on the air a description of a secret multi-purpose system "Status-6", whose task is to deliver a guaranteed lightning strike on the enemy. Personnel of the new nuclear rocket "Status-6" were shown at the meeting of Vladimir Putin with the Russian military-industrial complex. Russia has created a new secret nuclear weapon. Frames that went on the air (of interest are from 1: 39)

Viewers could see almost all the information about weapons, the development of which is listed under the heading "top secret".

From left to right: Russian Defense Minister Sergei Shoigu, Chief of the General Staff of the Russian Armed Forces Valery Gerasimov and Colonel General Andrei Kartapolov during a meeting 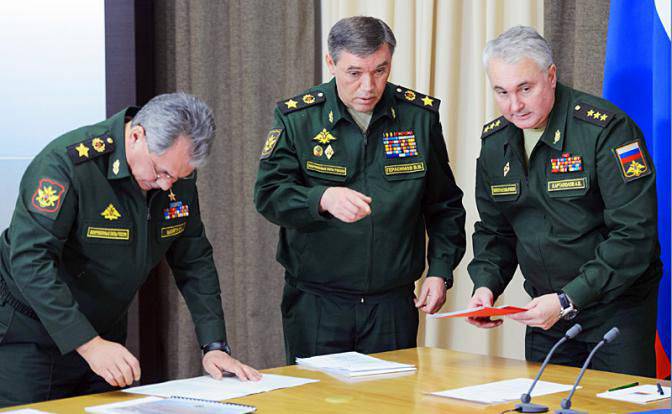 The plot, where the status-6 ocean multi-purpose system was spotlighted, was immediately removed from all issues News on federal channels.

What was so special about it? And our viewers saw the ocean multi-purpose system "Status-6". Developer - OJSC TsKB MT Rubin. Purpose: “Defeat important objects of the enemy’s economy in the coastal area and cause guaranteed unacceptable damage to the country’s territory by creating zones of extensive radioactive contamination unsuitable for military, economic and other activities in these areas for a long time. " 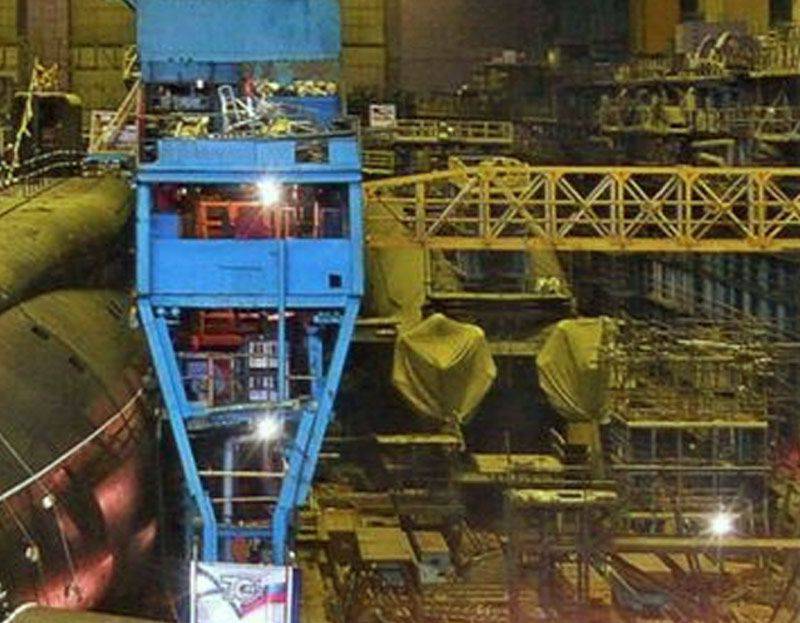 Options hypothetical use of the new boat carrier:
1. The official version is that the carrier boat will carry one or more manned deep-sea rescue vehicles and several autonomous unmanned vehicles. The latter are likely to be located at the site of missile launchers of SSGN 949A.
2. Hypothetical version - the carrier boat will carry an atomic deepwater station of the type Ave 10831 or the type of the intended Ave 18510M. It is possible that in this version a recess will be installed in the case case, in the niche of which the means of docking and maintenance of portable AGS will be placed.
3. PLA will be the carrier of the dual-use complex "Magma"
Variants (most likely, their total 6 or 7) hypothetical use of the new boat carrier.

The main PLA of the 09851 project, the bookmark was held on 27 on July 2014 in workshop No. 50 of the Sevmash software (Severodvinsk). On which the fundamentally new PPU (steam generating installation) KTP-7I "Phoenix" seems to be installed.


Intrigues the purpose of the system "Status-6". According to the slide and videotapes - “The defeat of important objects of the enemy’s economy in the coastal area and the application of guaranteed unacceptable damage to the country’s territory by creating zones of extensive radioactive contamination unsuitable for military, economic and other activities in these zones for a long time.”

Let us turn (via Interfax, of course) to the most informed person surrounded by the President - to his press secretary, Dmitry Peskov. 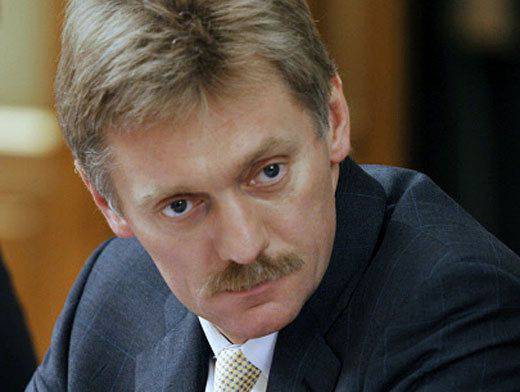 “Indeed, there some secret data got into the camera lens, so they were subsequently deleted. We hope that this will not happen again. "

But just recently (September 2015), our "partners" were not in vain for sounding the alarm. 8 September 2015, the pro-republican edition of The Washington Free Beacon, said that Russia is developing some kind of unmanned submarine that can destroy entire cities. She can carry a nuclear charge in tens of megatons (one megaton is a million tons of TNT). 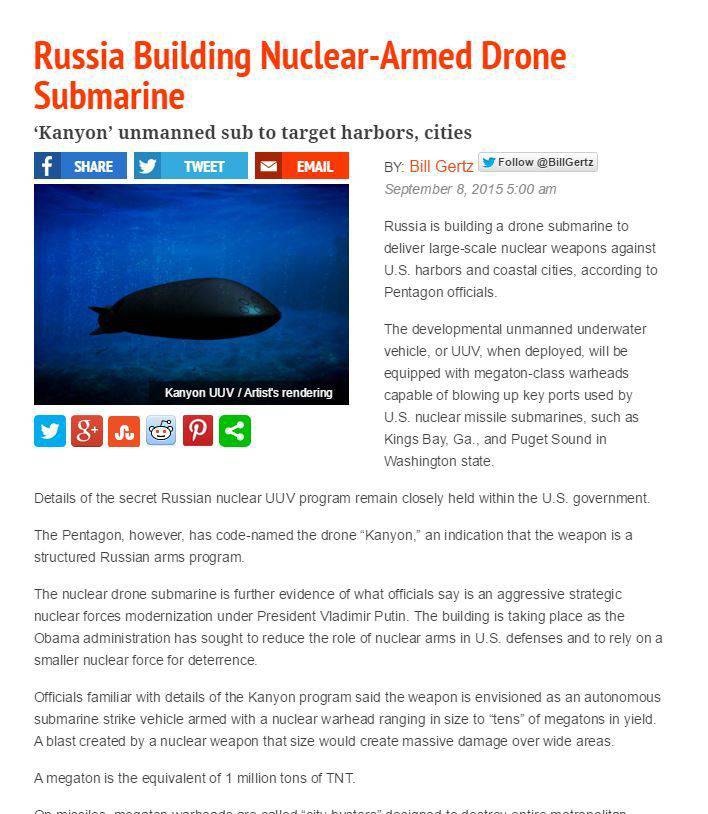 The Russian secret project appears in the American publication as Kanyon.

I will translate something:

Submarine drones from Russia surround the United States
"Well, now, what could it be for a submarine? First of all, it must be a robot submarine, which must have a perfect electronic brain in order to move underwater at great depth, move away from pursuing enemy ships and for years support the boat in state of full combat readiness.

That is, the body of such a “boat” should be made of titanium, which will provide it with a depth of more than 1000 m, and this depth is a guarantee of almost complete invulnerability and secrecy for the submarine.
.....
Well, a tactical method of using such a submarine or submarine can be a secretive sea transition to the US coast in strategically important areas, after which they will lie there on the bottom waiting for orders. The order for the deep-sea communication system at any time will cause their simultaneous undermining and ... a giant tsunami along the entire coast!

It is clear that all this will need to be calculated in advance by specialists, but it is already clear that a blow of such a force will have disastrous consequences. And what to say, if after 11 September, 2001, when only two houses were blown up in the US (albeit large ones), didn’t give out wages in many institutions for three whole months, this caused a financial failure and economic turmoil. And then ... everything will wash away then, with the reverse wave going across the ocean, and American allies in NATO will also get, albeit to a lesser extent.

(As I rejoiced at such sensible reasoning by American analysts and readers: belay:) Domestic weapon lovers believe that this is the Skiff project.

Uninhabited underwater vehicle / "robotic underwater vehicle" boat-based. Head KB on the subject of OCD "Skif" - TsKB MT "Rubin" (St. Petersburg), the developer of the "product" or starting device - GRTs them. Makeeva (g.Miass). The initial work on the Spilit research and development project was successfully carried out by Department No.118 of the SRC Makeeva in cooperation with Leningrad underwater shipbuilding center Rubin in 1988-1990. 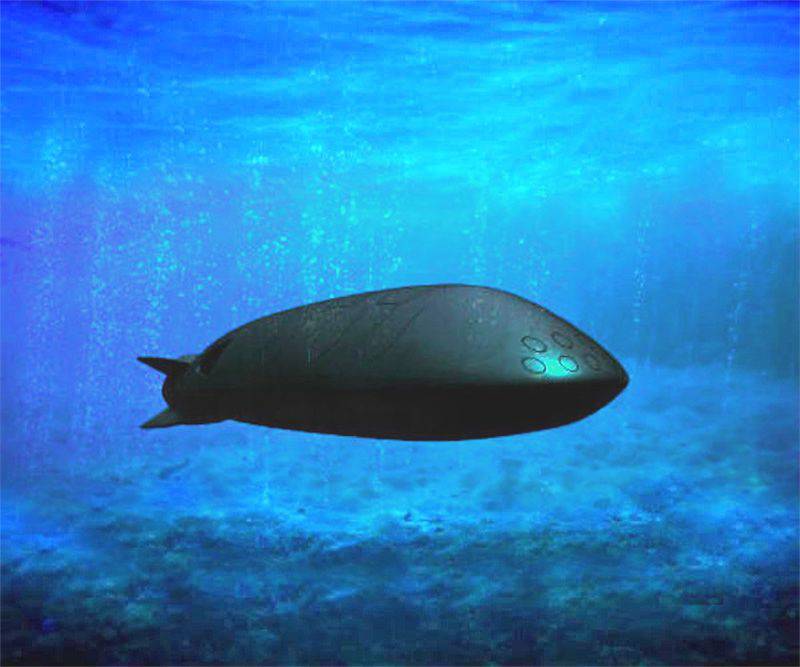 Purpose of the product, created in the framework of the ROC "Skif":
- According to the version, voiced by Izvestia, a rocket is being developed, being unloaded under water from a submarine and the team on standby at the start at the bottom of the sea.
- One of the versions is the development of a transport and launch container to ensure the launch of cruise and / or ballistic missiles from a great depth.
- One of the first versions is an underwater projectile with a rocket engine, passing some way to the target under water with the subsequent launch of a medium-range cruise missile (500-2000 km) along a ground target.

According to unconfirmed data, the container in the photo is a mass-dimensional mock-up of a product created on the subject of ROC "Skif" 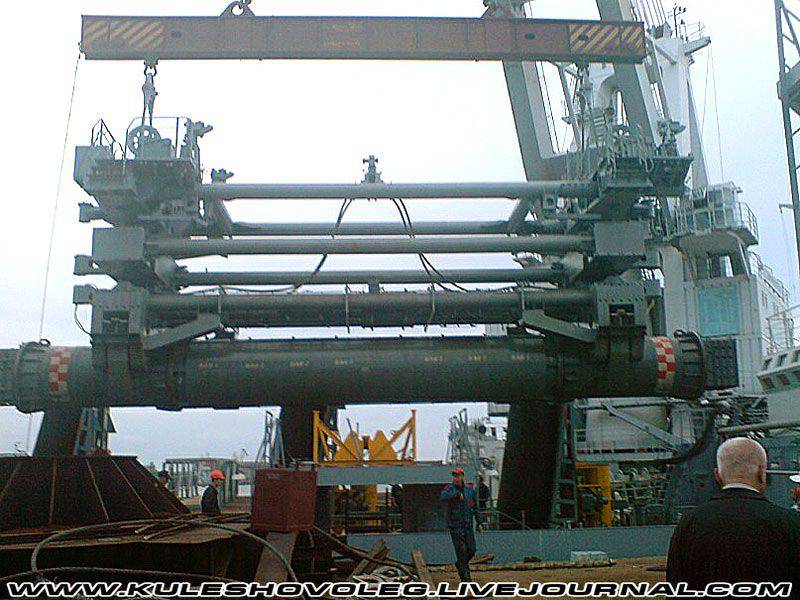 Well, it is very similar to the bun that at the beginning of the article, in the hands of a member of the commission on the defense industry? 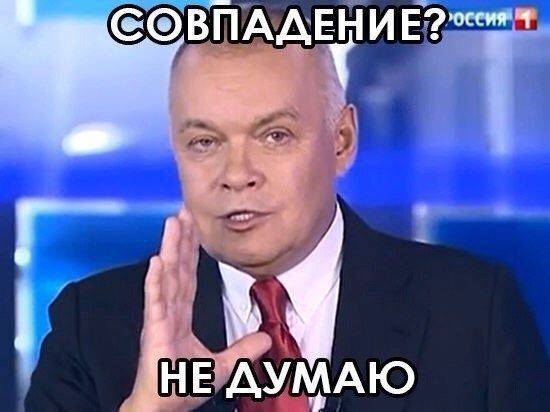 Moreover, the "Skiff" is so real that it does not even read "between the lines", but "just like that" reads. 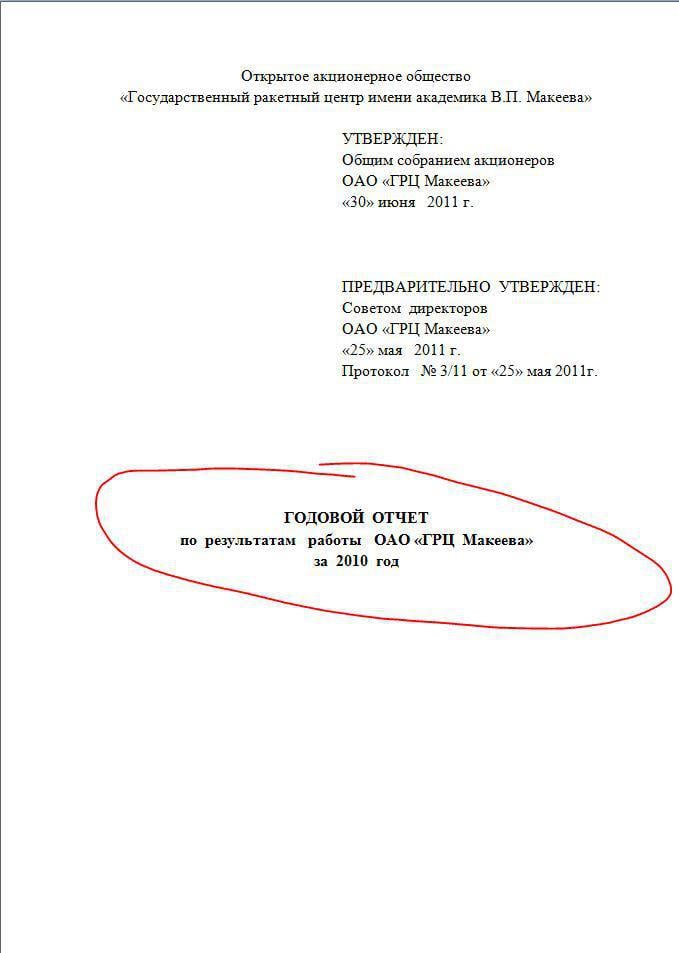 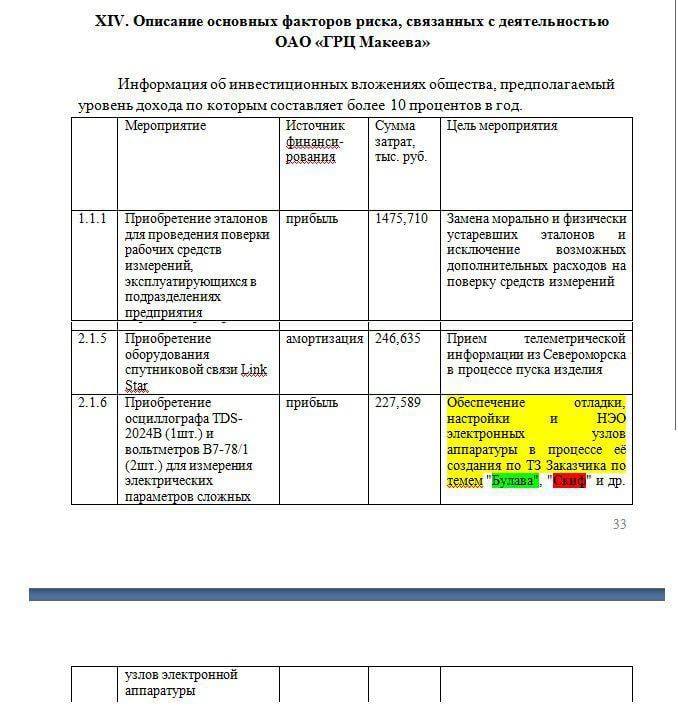 Some of stories:
In the 50 of the last century, Andrei Sakharov proposed to Nikita Khrushchev to deploy several dozen super-powerful nuclear warheads along the American maritime borders. According to Sakharov, this would allow, without getting involved in the arms race, to keep abreast. However, Nikita Sergeevich for some reason refused this offer.

Andrei Dmitrievich Sakharov spoke about this as follows: “One of the first with whom I discussed this project was Rear Admiral Fomin ... He was shocked by the“ cannibalistic nature ”of the project and noticed in a conversation with me that naval sailors were used to fighting with an armed adversary in open battle and that the very idea of ​​such a massacre is disgusting for him ”.

/ Other times, other people ... they just did not watch ISIS videos, and there were no terrorist attacks on our Aeroflot planes /

I liked the comments of some readers of this news:

Galina (understands a lot about modern communications):
"Knowing our pranksters ... I won’t be surprised if they declassified deliberately. Inform interested people. You can't send them a fax.

"
Shurik (skepticism, probably "born in the USSR")):
"Sla-ba-ki! No matter, the proposal of the Nobel Prize "For Peace" A. Sakharov to demolish the crap dog-made man-made coast of the United States.

"
Andrei (probably a big fan of even more):
"I’m curious, our science and industry will give 100 megatons to the Motherland or clamped.

"
Ivan, if not confused (practitioner, full realist probably):
"Leaked about Status #6, it means ... means status -1,2,3,4,5 Been a long time off the coast of the "world hegemon." Today at the Pentagon will be a festive reception ...

Corresponding member of RARAN, captain of 1 rank of reserve Konstantin Sivkov, commenting on the leakage of the “Status-6”: “The fact is that from a geophysical point of view the USA is a very vulnerable country. A guaranteed source of catastrophic geophysical processes can be there first of all on Yellowstone Supervolcano to initiate a powerful eruption, as well as to undermine a powerful ammunition in the area of ​​the San Andreas, San Gabriel or San Hosinto faults.
...

When several munitions are detonated at design points along the Atlantic and Pacific transform faults, according to scientists, a wave will form that will reach 400 − 500 or more meters off the coast of the USA ... "

In the material on the ocean multi-purpose system "Status-6", new special submarines used data only from open public sources. The identification of OCD Skif and the uninhabited underwater vehicle, known in the West as KANYON, is supposed to be based on information from open, the most honest and truthful Western sources.

What is it for? I quote from memory: there was something about the launch range under 10000 km ... Or I ghost, I don't know.

Ctrl Enter
Noticed oshЫbku Highlight text and press. Ctrl + Enter
We are
Interview of V. Putin to Channel One and the Associated Press AgencyMilitary reform as an integral part of the security concept of the Russian Federation: Systematic dynamic assessment
Military Reviewin Yandex News
Military Reviewin Google News
150 comments
Information
Dear reader, to leave comments on the publication, you must to register.