Waiting for the Big Event

November 12 2015
38
Last week in politics a new genre appeared - virtual necromancy. It arose in a situation where some participants in international relations are trying to divide the skin of an unkilled bear, while others offer them the legendary "ears from a dead donkey." What happened? In order to understand this, we turn to three news last week. 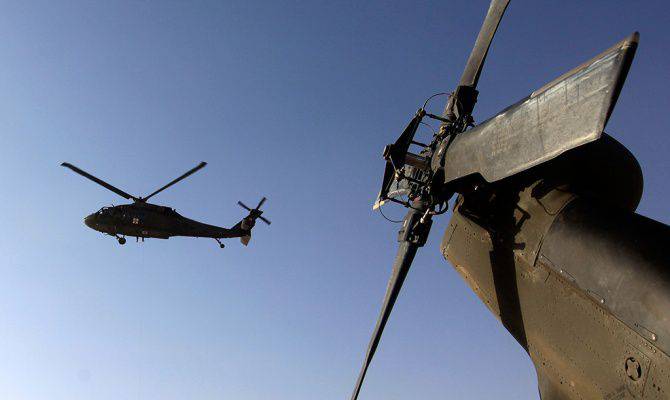 News first. The Ministers of Justice of Estonia, Latvia, and Lithuania signed a memorandum of cooperation in Riga, which agreed on actions to make Russia claim for damages for the “Soviet occupation”. Second news: The United States reported that they received a request from Lithuania to sell a large batch of Stryker wheeled armored vehicles. News three: State Minister of Georgia for Reconciliation and Civil Equality Paata Zakareishvili stated that his country is ready to offer Abkhazia special status in a federal state.

At first glance, these three events have nothing in common. But where some see a bunch of disparate events, others see the system. Let's try to understand what this system is.

So, first about the “damage compensation” of the Baltics. It is clear that no multibillion-dollar compensation to the Balts can be accurately seen under the current leadership of Russia. Here it is not enough, what Rogozin made clear to restless neighbors. To force the Russian Federation to pay reparations (we will call things by their proper names) can only be a large-scale military defeat.

Similarly with Abkhazia. The republic itself will not return to Georgia - it can only be forced by military force. But Sukhum is in a relationship with Moscow, which in the recent past would be called a protectorate - and it almost excludes the use of force from Tbilisi. However, the Georgian leadership sees itself in the position of one who has the right to put forward ultimatums and this is alarming.

Separately about the "Strayker." As it was written earlier, Lithuania is almost an ideal country for creating military provocations for both demographic and geographic and purely military reasons. At the same time, the republic itself has even less freedom from the will of Washington than the average US state. True, one more reason should be added that was not mentioned before: apparently, under the most radical scenario (chaos of Russia), the United States would like to see Kaliningrad under the rule of Vilnius. The White House understands that the possible accession of Kaliningrad to Germany or the southern Kuril Islands to Japan will inevitably strengthen these countries. A little, but will increase. Therefore, Big Brother will try to ensure that these territories are not inherited by Berlin and Tokyo, but also do not remain in Russia as well. In any case, so far the strategy is just such.

But the main thing is not this. Activating geopolitical trolls in all directions said that with regard to Russia is preparing an event or multiple events in a row, after which the military resources of the border countries will be involved already in full force. What kind of event this is is not yet clear, although there are plenty of assumptions.

Another aspect of the problem lies in the knowledge that Russia will try to hung the most crimes in addition to the "aggression against Ukraine" and "condoning Assad regime in Syria." The goal is clear: the more criminal the activity and the very existence of Russia will be recognized (note, not the state or a particular regime, but nations in general), the more radical actions against it will later be legitimized in the eyes of the international community. Let me remind you, before the Olympic Games in Sochi under this sauce against us trying to push through "Circassian genocide" and "infringement of rights of LGBT people." By the way, there is also the matter of Yukos, which the West still sverhaktualno and that of the foreign assets of Russia hanging 50 billion dollars compensation. If we add to this the desire of the United States to completely liquidate the results of the Second World War in relation to the USSR and Russia, then the Baltic demarches fit perfectly into this concept. Like, illegal annexation stopped, but it is time to pay for the use of the territories.

In 1991, we actually lost the war. Moreover, a major war, judging by the consequences, albeit, as it is now fashionable to say, a hybrid one. In the XXI century, we are prepared to defeat a similar scale, if not even more terrible. Verbal attacks at our borders and abroad are only preparation, or rather, preparation of preparation. But this is an important signal for those who can listen.

Following these hints, others will follow, increasingly highlighting the plans of the other side. So far one thing is clear - they are going to make official Moscow a pariah in all directions. History around deprivation Russian FM-2018 just gained a second wind, not to mention the openly far-fetched stories about the Olympic team in athletics. Continue in such conditions of the game in the "partner" and "partnership", to put it mildly, does not look like a smart idea.

In the first half of December, a presidential address to the Federal Assembly is expected, dedicated, as expected, to issues of national security. Probably, we will hear the answer of the top leadership of Russia to more clearly defined threats. And maybe not hear. Soon it will become clear.