November 11 2015
61
To the army base aviation in the Krasnodar Territory received 4 Mi-8AMTSH Terminator helicopters, reports RIA News message of the press service of the Southern Military District. 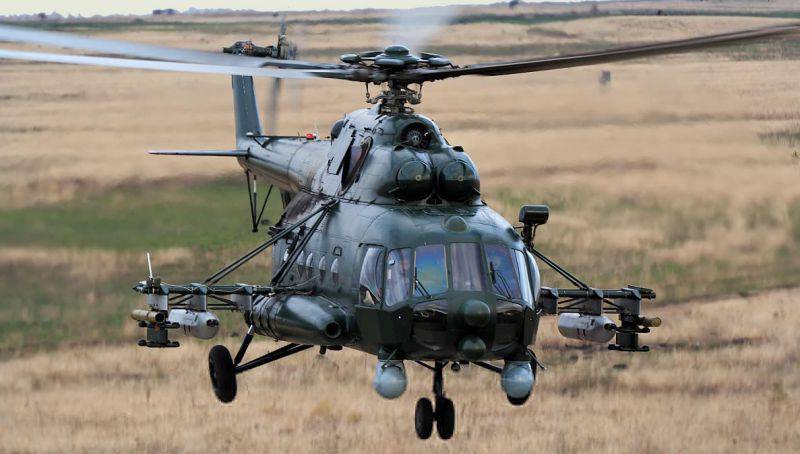 “Four newest transport and combat helicopters Mi-8AMTSH“ Terminator ”entered service with the air force base of the army aviation of the Southern Military District, located in the Krasnodar Territory, as part of the planned re-equipping of the military district. To date, thanks to the introduction of these aircraft units, the units of the Southern Military District airbase are fully equipped with Mi-8AMTSH helicopters., Says the release.

The vehicles "are equipped with modern navigation equipment, night vision devices, which allows flights in all weather conditions, as well as in conditions of poor visibility," the press service said.