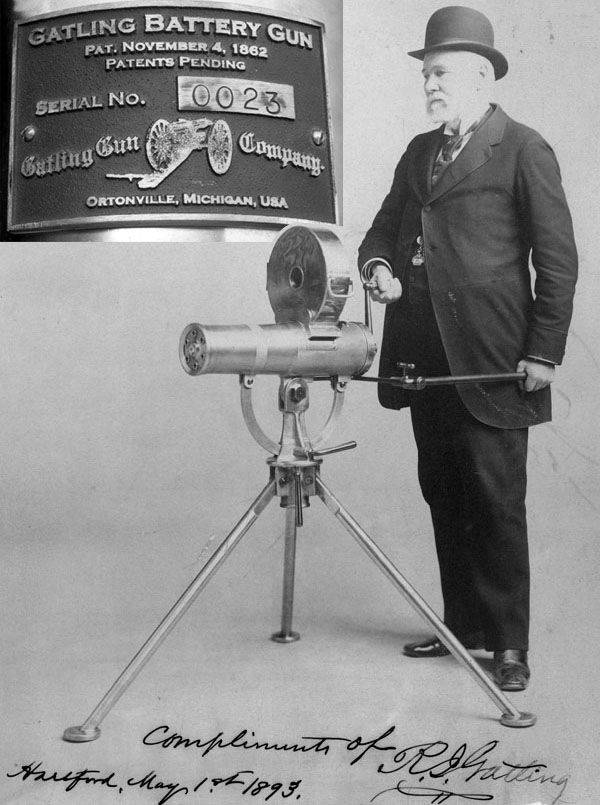 4 November 1862, at the height of the American Civil War, Richard Jordan Gatling received a patent for the six-barrel rapid-fire small-caliber gun he invented, which later became a true symbol of the steampunk era in the arms business.
Mitraleza Gatling was the most successful of many types of machine guns with external drive, invented in the XIX century. Therefore, it has received the greatest distribution, and the method of automatic recharging proposed by Gatling by rotating the block of barrels is still used.

However, surely, not everyone knows that the first Gatling, patented in 1862, was quite different from the later models of this weapons. He was distinguished, first of all, by the fact that he was not made for unitary ammunition. Similarly, the Eiger "devil's mill" Gatling's case was originally used when firing thick-walled steel cartridges, in fact - replaceable chamber, which inserted paper cartridges from blasting rifles, and behind the sleeves were put on primers.
The system was simple and quite workable, but inconvenient, since each cartridge in a half-inch caliber weighed almost half a kilo, and it was necessary to equip them manually, having previously cleaned off carbon, which took a lot of time.
The following year, Gatling perfected the mechanism, remaking it under unitary cartridges with brass sleeves. And this particular model was adopted in 1865 in the United States, and then in many other countries.
On the screen saver - Richard Gatling with a portable modification of his machine gun, dubbed the "Gatling Bulldog." 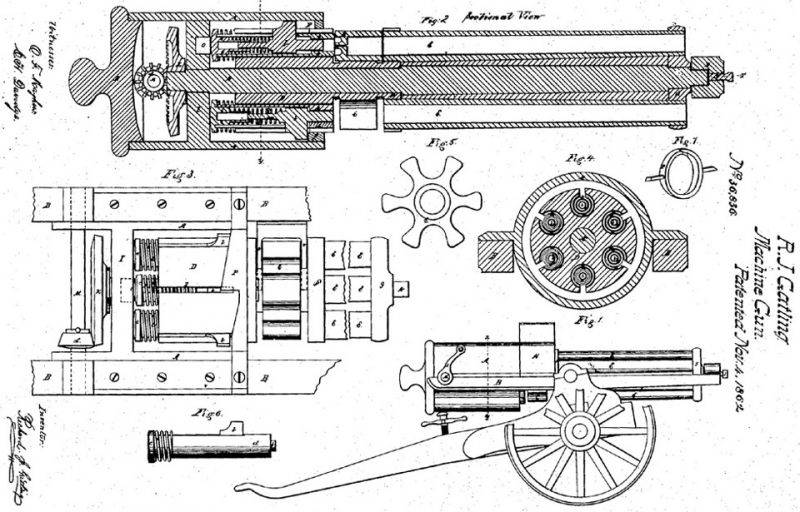 Patent drawing of Mitraleza Gatling, which shows the date - November 4 1862. 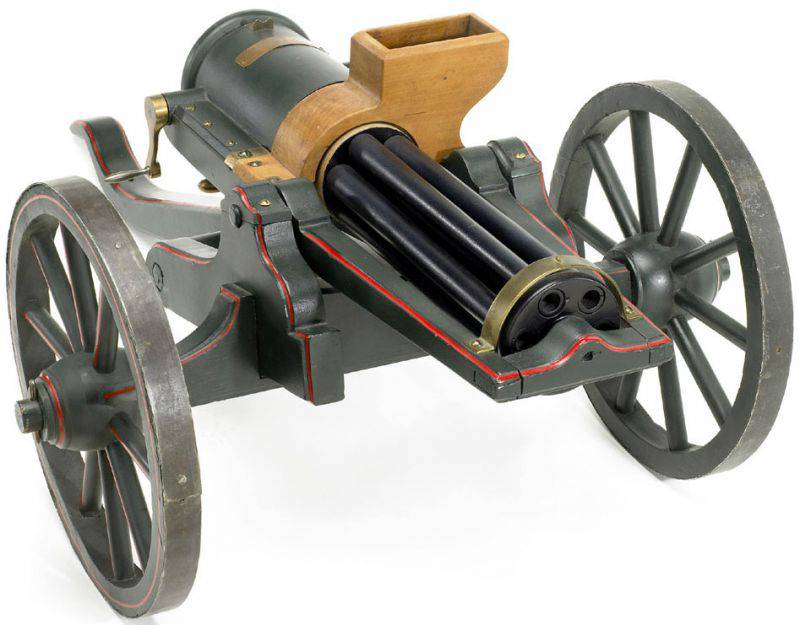 For clarity, Gatling attached to the patent application a wooden model of his invention with an active recharge mechanism. Now this model is on display at the Smithsonian Institution Museum.

The scheme of the first Gatling mitraleza, on which the chamber-cartridge is clearly visible, and it is also easy to understand the principle of operation of this weapon. 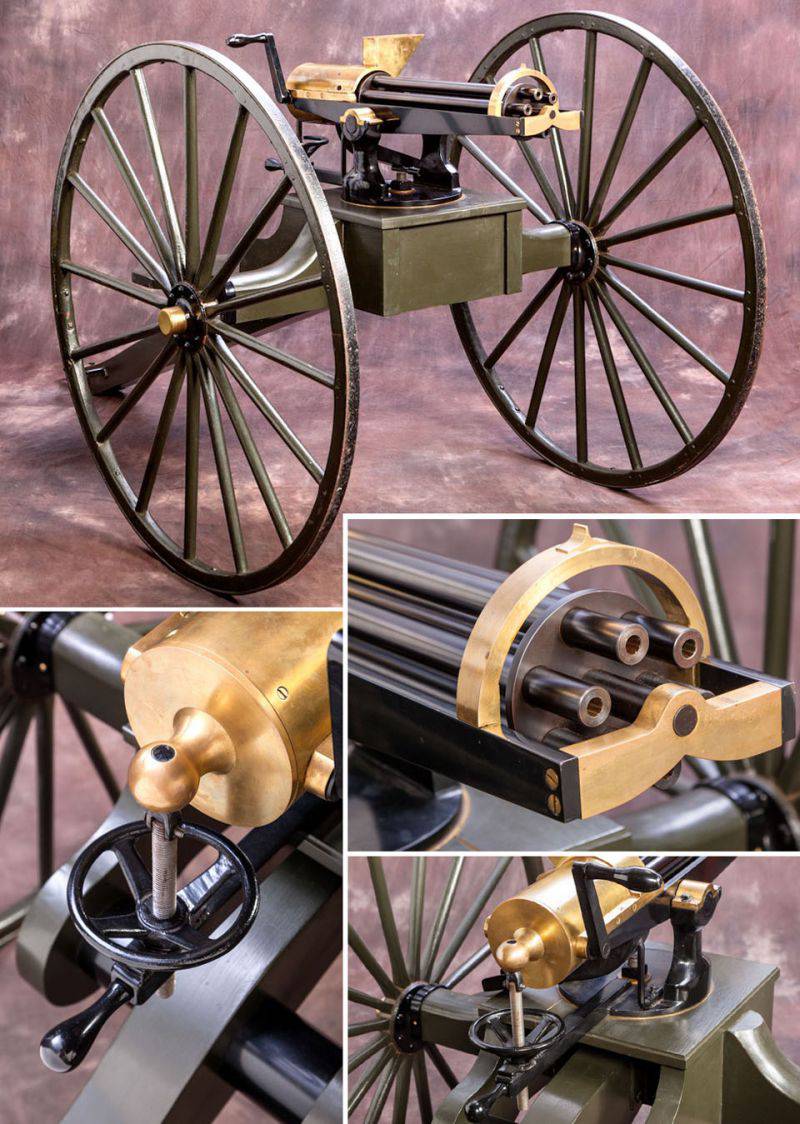 The full-scale pattern of the canister differs from the massive wooden model by much greater refinement and elegance.