Representatives of the Obama administration continue to say that Russia is to blame for the Syrian crisis ("The Nation", USA)

November 12 2015
48
Will it come to the American political establishment that Russia and the United States are fighting on the same side? 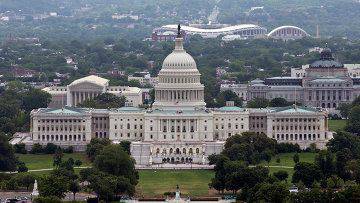 Last week, on November 5, The Wall Street Journal wrote that the CIA is going to expand its illegal war in Syria, increasing supply weapons the so-called moderate Syrian opposition. This clearly demonstrates the falsity of the promises made by President Obama not to embroil the United States in an indirect military conflict with Russia. Judging by the hearings held last Wednesday in the House of Representatives Committee on Foreign Affairs on the “escalation of the situation in Syria as a result of Russia's actions”, the president may not be afraid that the CIA will face serious opposition in America.

The committee heard testimony from two assistant secretaries of state - Victoria Nuland (Victoria Nuland), responsible for relations with Russia, and Anne Patterson, on whose shoulders there is an unpleasant duty to engage in American politics in North Africa and the Middle East.

The first thing to say about these hearings: they once again emphasized the tremendous dexterity of the American “war party” - that inter-party coalition of “hawks” from Congress, which, as British politician John Morley said on another occasion, constantly changes goals but not the main task. And the task of these people is the same - to spoil relations between America and Russia forever. Previously, they focused on the notorious Russian invasion of Ukraine, now - on the "escalation of the situation" in Syria.

Assistant Secretary of State Nuland said straight away: “By directly intervening in the battles in Syria, Russia increased the flow of refugees, which was a dangerous phenomenon even before and which even the most generous European countries are not able to accept.”

Some members of the committee were quick to agree with these words, which are not confirmed by facts or chronology.

Congressman Ami Bera (Ami Bera) stressed that Russian intervention in the Syrian civil war "exacerbated" the situation and was the main cause of the refugee crisis. Beru was especially worried that this crisis could affect Turkey. Perhaps, if the congressman took the trouble to think a little, he would understand that the refugees flowed into Turkey (and from there to Europe) precisely because Turkey has for years contributed to attempts to overthrow the Assad regime.

The only one who expressed dissatisfaction with the constant hostile attitude of the United States towards Russia - especially strange against the background of our sympathy for the Sunni tyrannies of the Persian Gulf - was Congressman Dana Rohrabacher.

Rohrabacher added that such countries as Saudi Arabia are ruled by extremist cliques that are “no better than Assad”, and that the unfriendly policy of America towards Russia has already done a lot of harm. According to Rohrabacher, our rejection of the deal proposed by Putin five years ago over Syria led to the death of hundreds of thousands of people and turned millions into refugees.

Nevertheless, the “war party” continues to repeat with the same stubbornness: “Putin is to blame for everything.”

Patterson contrived in her speech to outbid Nuland. She seriously stated congressman Ileana Ros-Leytinen (Ileana Ros-Lehtinen) that ISIL and Assad are "connected." Is she even capable of believing in such a thing? For Assad, it would definitely be news.

In fact, Patterson continued from where Nuland stopped. According to her (not true to reality), "85 – 90% of Russian attacks are directed not against ISIL, but against other opposition forces." When Patterson spoke of the mythical “moderates,” she was asked if we were creating a coalition with Al-Nusroy, and in response, the Assistant Secretary of State admitted that perhaps some of our “moderate” opposition groups were forced to join the Islamists. Yes, yes, of course.

Guess who told her? Right, Dana Rohrabacher. If we dump Assad, he asked, are we sure that Syria will not collapse as Libya collapsed after NATO’s catastrophic intervention in 2011? Patterson assured Rohrabacher that this is unlikely. Allegedly "there is a broad consensus," suggesting that there are government institutions in Syria that will continue after Assad, while in Libya there were no such institutions.

A strange statement, isn't it? Did Patterson really mean that the Libyan government, which entered into an agreement with the US and British governments in 2003, didn’t exist?

At the same time, the participants in the hearings did not seem to realize that the Russian “escalation” in Syria could help us in the fight against ISIS. It makes you think that the main problem lies not in the Russian airstrikes, but in the obsession of our government with the idea of ​​overthrowing Assad.

The picture painted by Nuland and Patterson was based on lies and inappropriate simplifications. Unfortunately, there is nothing new in this approach.

From the very beginning of the Cold War, our authorities were guided by the advice of Dean Acheson not to neglect the “clearer than the truth” arguments. In Washington, for almost 70 years, it has been assumed that the people “do not go into nuances,” and therefore politicians simply have to lie to them.

The propensity for “clearer than the truth” is so ingrained in the Washington genetic code that, right before our eyes, smart, capable and diligent officials like Victoria Nuland and Ann Patterson are incredibly nonsense at the congressional hearings.

However, perhaps not everything is lost. On the same day, an event was held at Rayburn House, which was extremely pleasantly contrasted with Patterson and Nuland’s aggressive speeches in defense of the new Cold War. At the informal hearings organized by the Dean of the House of Representatives and the oldest member of its Judicial Committee, John Conyers, four distinguished representatives of the revived American East-West Harmony Committee spoke. (I officially confess: I work on this committee, and Nation writing editor Stephen Cohen is one of the founding members of his board.)

At the hearings of Conyers, there was no Manichaeism characteristic of the champions of the new Cold War. Professor Cohen, Professor Ellen Mickiewicz, Ambassador Jack Matlock and former head of Procter and Gamble John Pepper urged Congress to avoid a biased attitude to the Russian topic, examples of which could be seen on the same day in the Committee in foreign affairs.

By the end of the day, our government structures — the most unreliable repository of secrets in the world — leaked the news that, according to intelligence information, the fall of the ISIL killed the 224 civilians (including 25 children) after the Russian plane crashed. An AFP weekend report said: "The black box data from a Russian plane crashed last week in Egypt shows that the bomb was the cause of the crash."

In this case, perhaps, it will finally reach the American political establishment that Russia and the United States are fighting on the same side?

Ctrl Enter
Noticed oshЫbku Highlight text and press. Ctrl + Enter
We are
Syria: Americans scare themselves, and Asma Asad buys chairsSyria: the rebels do not give up because they do not want to die
Military Reviewin Yandex News
Military Reviewin Google News
48 comments
Information
Dear reader, to leave comments on the publication, you must to register.