November 12 2015
36
The hypothetical start of the new cold war between Russia and the United States is gradually becoming one of the most popular topics in military-political analytics. More and more experts, political scientists and the media are turning to this topic, trying to predict the future and predict the situation in the international arena. For obvious reasons, there are a variety of forecasts predicting a particular development of events. In addition, there are often speculations about the possible outcome of the Cold War, which may begin as soon as possible.


The authors of some publications on the topic of a possible cold war are calling on the military and politicians to take into account possible risks and draw appropriate conclusions. A good example of such appeals is the article “Russia Can Beat The US In An Armed Conflict” by Taimur Khan (“Russia Can Beat The US In Armed Conflict”), published on November 8 by the American edition of ValueWalk. The author of this material advises to take into account the current state of affairs in the military and political sphere, and only after that make decisions that affect the relationship between countries.

His article T. Khan begins with a rhetorical question: Is the world really moving towards a new cold war? In addition, he wondered how to call such a conflict - “The 2.0 Cold War”? Similar terminology is used by some political scientists to refer to a situation directly connected with the rise of Russia or “the revival of the Soviet state under the far-sighted leadership of Vladimir Putin.” 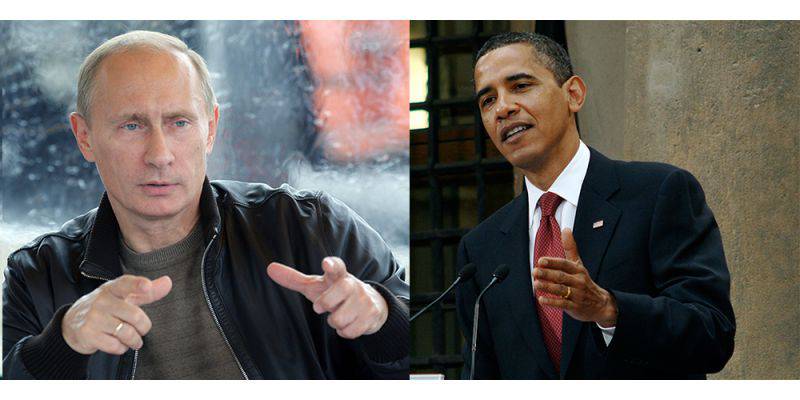 The author notes that the current growth of Russia with a return to its former positions is very interesting, especially against the background of the events of the previous decades. In the late eighties, the Soviet Union suffered a heavy defeat in Afghanistan, and soon fell apart into a dozen independent states. The collapse of the economy, broken ties and bitter disappointment, among other things due to the fact that the United States remained the world's only superpower, resulted in the collapse of the country.

Russia on military potential caught up with the US

T. Khan admits that during the reign of V. Putin, Russia once again became a leader in the world. Moreover, what the people most expected, it was “in the top” of world politics. Moscow again wants to be a key player in the international arena and is doing everything possible to implement these plans. Recent events, according to the author, fully confirm the existence of such intentions. The "annexation" of the Crimea and the opposition to the new Ukrainian authorities were only the beginning of the implementation of existing plans. Now, Russia is showing its strength in the Middle East, supporting the Syrian authorities and Bashar Assad.

The aerospace forces of Russia are engaged in carrying out attacks on the positions of terrorist groups operating in Syria. The current operation to some extent is the reason for the confrontation between Moscow and Washington. The fact is that the United States is demanding the immediate departure of B. Assad, as well as providing assistance to the opposition Syrian groups, which should overthrow the "monarch." Nevertheless, Russia has other plans and does not agree with the American position. For this reason, the Russian aviation provides support to the Syrian government forces, and Moscow, in turn, demonstrates its intention to comply with agreements with friendly states.

According to T. Khan, a serious question now arises: is the Russian army strong enough to challenge the United States? Will the Russian armed forces be able to defeat the US Army? The leading countries of the world for a long time came to the conclusion that the best times for Russia were in the past. The collapse of the USSR broke the back of the army, because of which it could not restore its former potential. As a result, the country is no longer able to return to the old positions in the current world order. However, recent events have shown that such conclusions do not quite correspond to reality.

American predictions about Russia were wrong

A common opinion among political scientists is that economic problems and corruption in the 21st century will lead to the collapse of Russia. It is argued that the situation will worsen the dependence of the Russian economy on oil exports. Thus, the depletion of its reserves in the long run will hit the economy, because of which the state will collapse. However, T. Khan is forced to admit that such forecasts cannot be considered realistic.

The recent military reforms carried out by V. Putin’s administration led to a serious rise in defense capability, which was recently considered impossible. Now Russia can openly boast of military power. On the whole, the country's defense capability still does not allow competing with the United States, but in some areas the Russian army is not inferior to the American one. More recently, the possibility of restoring the Russian army and its ability to compete with the United States caused only a grin.

Now experts tend to assess the situation differently. In a short time, Russia raised its defense capability and raised it to a fairly high level. According to the author, now Russia's military capabilities are comparable with the US. Moreover, some experts note that in the event of an open armed conflict, the Russian army is even capable of defeating the US.

As confirmation of this thesis, T. Khan cites the recent publication of the journal Politico. Not so long ago, the journalists of this publication came to frightening conclusions. According to them, in the event of the start of the Russian-American war, the Russian army has every chance of causing great damage to the United States.

Changed and perception of the situation by officials. Now even Pentagon officials are openly saying that the Russian army is catching up with the US military in its military power. This may lead Russia to defeat the United States on the battlefield. It is the Russian army that has by now become the only force in the world posing a threat to the hegemony of Washington. Other countries for their military power can not compete with the United States or NATO.

The author of ValueWalk also notes a curious and unexpected feature of the modernization of the Russian armed forces. Current defenses were achieved at the cost of relatively small investments. So, in the last decade, Washington has spent on one soldier ten times more than Russia. And even with such low costs, the Russian army was able to increase its combat capability.

Can Russia challenge the United States?

The difference in the military capabilities of the two superpowers is not so great. In addition, Russia plans to increase defense spending in the very near future, and now their growth rates will be higher than before. The author calls such successes of Russia an amazing and incredible feat. The reason for this, according to T. Khan, is the policy of V. Putin, whom Forbes magazine once again recognized as the most influential person in the world. The Russian president tightly controls the power structure, and also fights corruption, which has been the country's main problem for many years. If this is true, then Russia will continue to develop in the future without regard to the former Soviet Union.

Summing up, the author of the article “Russia Can Beat The US In An Armed Conflict” makes a general conclusion. In his opinion, it would not be wrong to assume that Russia not only can challenge the United States, but also defeat them. Nevertheless, the United States still retains the title of the world's only superpower. Yet Taimur Khan is forced to point out that only time will tell how long this situation will last.

In the foreign press more and more publications appear on the growing military power of Russia. It must be admitted that such articles can please the Russian reader. Indeed, how else can a Russian respond to a foreign publication, in which his country is called one of the most powerful powers in the world? Articles of this nature, it should be noted, can not only bear joy and be a reason for pride in their country. On closer examination, you can find hints of curious processes in the US military and political leadership.

Publications in the press, as well as statements by officials, such as the recent speech of the head of the Pentagon Ashton Carter, reveal the main features of Washington’s new policy toward Russia. Now our country is viewed as one of the main threats to the security and dominant position of the United States. As a result, the American leadership intends to continue the development of the armed forces, including through the development of new weapons and equipment projects.

The intention to create new projects and strengthen the army is of great interest. All this suggests that, at a minimum, some of the statements and publications about the growing power of Russia and the Russian threat are a “PR” of a certain opinion that should be conveyed to the public. The development of new weapons and equipment requires funding. It is possible that some publications in the media are intended to convince society and government of the need to increase the military budget.

As a result, bold statements and laudatory publications for the Russian army may appear on the initiative of the military, defense industry or related structures. In this case, the joy and pride of the Russian reader are only a side effect, since other people and organizations are the direct “addressees” of the publications. However, this is not a reason for sadness. Praise from the main competitor, regardless of its reasons, is almost always pleasant.


Article "Russia Can Beat The US In An Armed Conflict":
http://valuewalk.com/2015/11/russia-can-beat-the-u-s-in-an-armed-conflict-report/

Ctrl Enter
Noticed oshЫbku Highlight text and press. Ctrl + Enter
We are
Control systems of the battle of the American army. Current position and future-oriented modernization strategyStrangulation: the context, conduct and consequences of the American naval blockade of China
Military Reviewin Yandex News
Military Reviewin Google News
36 comments
Information
Dear reader, to leave comments on the publication, you must to register.