November 11 2015
34
The head of the Petro Poroshenko Bloc faction in the Ukrainian parliament, Yuriy Lutsenko, once again spoke about the “possible resignation” of Arseniy Yatsenyuk from his post as head of the Ukrainian cabinet of ministers. According to Lutsenko, who, it should be noted, not for the first time read Yatsenyuk’s resignation, the current Prime Minister may receive a “vote of no confidence from the deputies of the Verkhovna Rada”. Reported by the information service UNIAN.


At the same time, Lutsenko adds that the inconsistency of Yatsenyuk as the head of the government of the country "increasingly attracts attention."

Yury Lutsenko:
Or we change the ministers who did not cope with the tasks, and, alas, there are many. Or the number of those who want radical changes in parliament will reach a critical point, and the Prime Minister will receive a vote of no confidence. We are waiting for a meeting with the Prime Minister and, possibly, with the whole government, to find out the reasons for the failures.

One of the claims by the PPP against Yatsenyuk is the use of the old tax code by the government. According to Lutsenko, the lack of progress in terms of tax reform leads to a lack of economic growth. 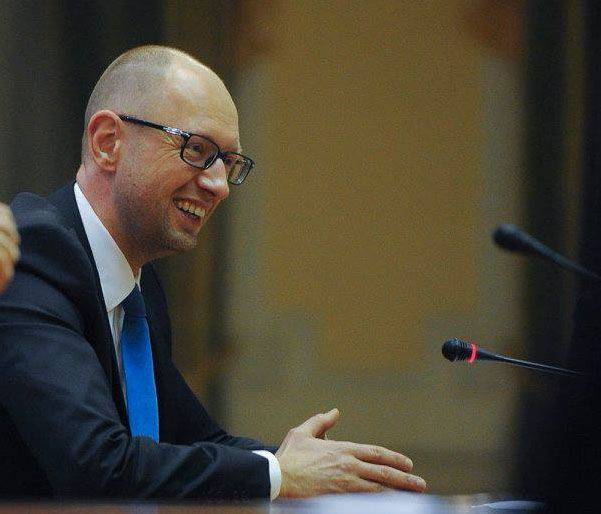 It should be recalled that more recently in the Rada Yatsenyuk called "the best Prime Minister of Ukraine" ...

Ctrl Enter
Noticed oshЫbku Highlight text and press. Ctrl + Enter
We are
The action “Military service under the contract is your choice!” In Rostov-on-Don: future contract servicemen, exhibitions and “Russian Knights”Results of the week. “While the enemy draws attack maps, we change landscapes, and manually”
Military Reviewin Yandex News
Military Reviewin Google News
34 comments
Information
Dear reader, to leave comments on the publication, you must sign in.