November 11 2015
173
The main military department of Ukraine reports that the Su-25 aircraft of the Ukrainian Air Force crashed in the Zaporizhia region. The report says that the attack aircraft pilot was killed as a result of the crash. Press office Ministry of Defense of Ukraine:

Today, 11 in November 2015, around 10 in the morning, the aircraft of the Ukrainian Air Force Su-25 crashed during a scheduled training flight. The tragedy occurred in 40 kilometers north of Zaporozhye. The pilot 1992 was born, died, the local population was not injured.
On the site of the tragedy works search and rescue team.

The accident is under investigation, the reasons and circumstances are clarified.

The leadership of the Ministry of Defense and the Armed Forces of Ukraine express their sincere condolences to the families and friends of the military pilot in connection with the tragic loss. 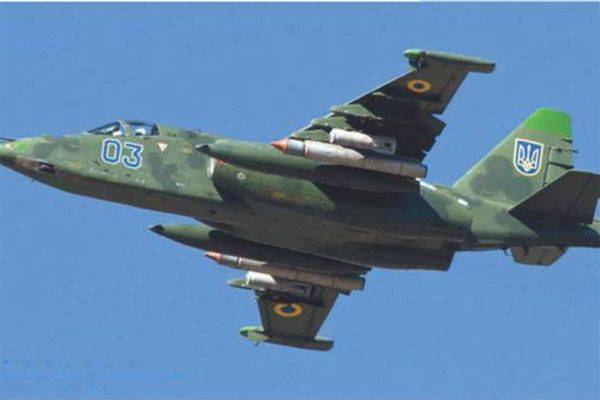 Recall, as a result of the fighting in the Donbas, the Ukrainian Air Force (according to official data of the country's Defense Ministry) lost three attack aircraft Su-25 shot down and three more damaged.

Ctrl Enter
Noticed oshЫbku Highlight text and press. Ctrl + Enter
We are
Installed the crew of the deceased attack aircraft found during the construction work of the bridge across the Kerch StraitThe action “Military service under the contract is your choice!” In Rostov-on-Don: future contract servicemen, exhibitions and “Russian Knights”
Military Reviewin Yandex News
Military Reviewin Google News
173 comments
Information
Dear reader, to leave comments on the publication, you must to register.