In February, 2016 in the United States will begin testing anti-submarine ship capable of operating without crew

November 11 2015
46
According to US media reports, the first unmanned anti-submarine ship will begin testing in 2016 in the United States. Information portal Vice referenced TASS, reports that we are talking about a ship that can operate without a crew - in automatic mode. The resource writes that the first test events are scheduled for February next year and will be held in the state of California. 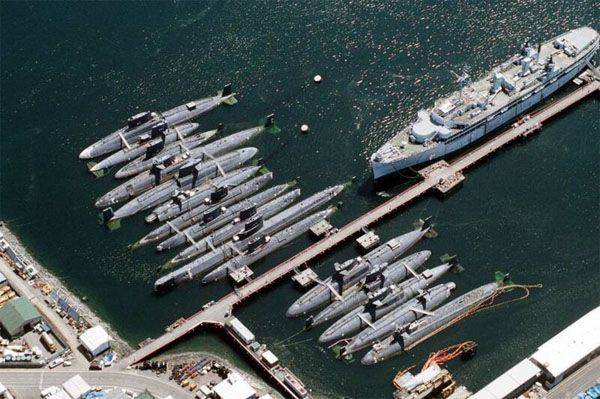 The American anti-submarine ship, which, according to the American media, is capable of operating without a crew, is approximately 40 meters long. The work to create this naval drone was commissioned by DARPA, the Advanced Research Programs Directorate of the United States military. The main work was done by Leidos specialists.

The working name of the anti-submarine ship is ACTUCV. The abbreviation in Russian stands for "Automatic vessel for continuous anti-submarine surveillance." The name suggests that the ship should not be used directly to destroy submarines, although the developers say that the ACTUCV does have the function of carrying certain weapons.

Representatives of the company "Leidos" report that their anti-submarine brainchild will be significantly cheaper than maintaining, for example, a destroyer. If the average destroyer from the US budget is allocated up to 0,7 million dollars daily, then no more than 15 thousand dollars can be allocated for the ACTUCV.

On the effectiveness of the detection and likely destruction of submarines, the developers of ACTUCV do not yet apply.