November 11 2015
128
The chief of staff of the US Army, General Mark Millie, publicly stated that the greatest threat to America is Russia. He also called Russia an "aggressor." A few days later, another man by the name of Mark, and by the name of Adomanis, writing for Forbes magazine, figured out: can the Russians really defeat the Americans? In the meantime, the EU has conceived to extend and expand anti-Russian sanctions. However, all these topics are boring; top news in the West - a photo session of Barack Obama for the LGBT magazine. 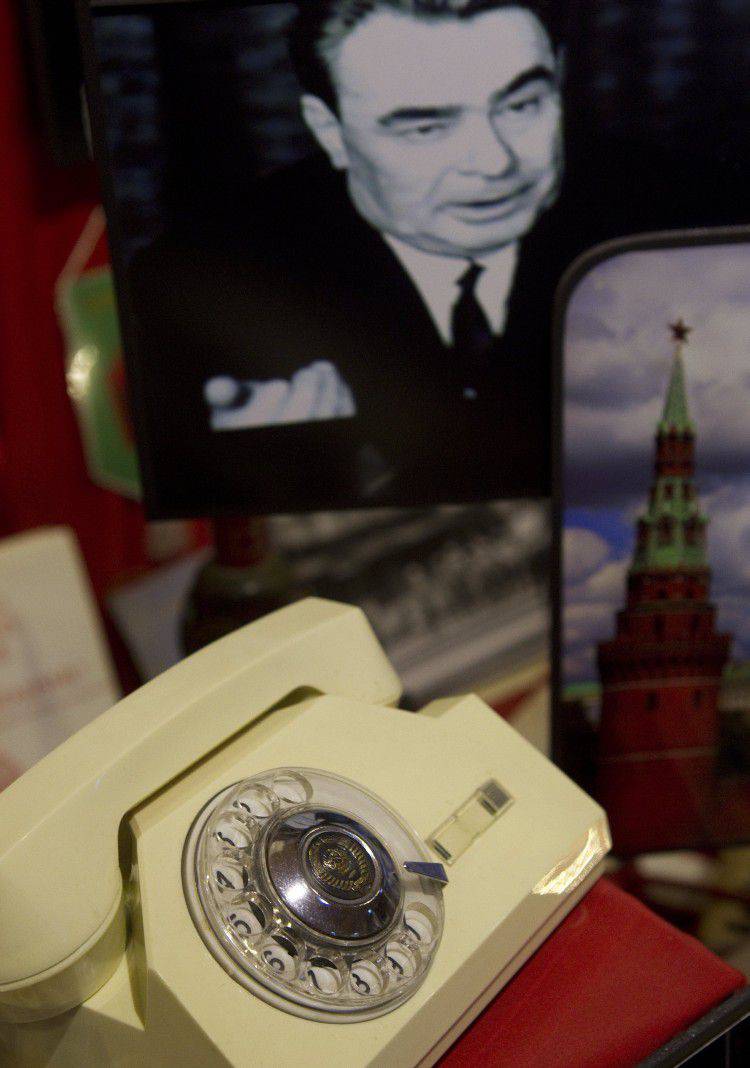 The “biggest threat” to the United States is Russia. Her “aggressive behavior” is disturbing, General Mark Millie, chief of staff of the US Army, told the public at a forum under the auspices of DefenseOne. Millie refused to predict who will win the war, the United States or Russia, but pompously stated that the United States has “pretty good opportunities,” the site notes. Association of the United States Army.

The general spoke about Russia in response to a favorite question of the American press: who is the most dangerous enemy, who is more threatening the national security of the United States — Russia or the Islamic State. Milli, without thinking, answered that Russia is in the first place, because “this is the only country on Earth that has the ability to destroy us from the point of view of the nuclear potential,” and still Russia is “acting aggressively” in Ukraine and in other countries. not).

Russia, as well as the Islamic State, the Taliban and Al Qaeda, according to the general, should be "neutralized" by US forces, who stand guard over the "security of the American people." Milli believes that America needs to maintain "military power." He called the readiness of the military to resist threats his “main concern”.

Millie intends to fight with enemies not by number, but by skill. The general promised to "build up" the qualitative advantages of the army, because "this is better than a quantitative advantage."

It is quite possible that these words of a great military leader prompted the famous columnist Mark Adomanis, the author "Forbes", ask yourself (and readers) the question: “Could The Russians Defeat The US Army?” Can Russians defeat the US Army?

Not so long ago, the Russian army was considered an empty place and a pale numb. Comparing it with the army of the USSR caused only laughter. Analysts have pointed out: the Russian army collapsed incompetence, embezzlement, demographic crisis 1990-x. But what to say, if the Russian defense minister himself “was personally involved in thefts and murder” (the head of the Russian defense ministry was personally implicated in theft and murder), writes Adomanis. ( Link to the Adomanis source for the curious.)

In short, the dough of this army hardly suited to make a modern, efficient army out of it. In the US, they talked about the weakness and exhaustion of the Russian army, and few people thought that military reforms could quickly lead to the creation of armed forces, which are now compared with the US.

Adomanis reminds: if a couple of years ago or even a year ago someone had declared that during a collision, the Russian army had a chance to defeat the American army, they would have ridiculed it and called it a cretin (option: an agent of the Kremlin). Surprisingly, this is not surprising, something else is surprising: now the experts seem to have come to an agreement - they all repeat the exact opposite. They have reached the point that they assure the public that the Russians “in a fair fight” can defeat the American army.

Where does such a change in consciousness?

According to the observer, bureaucratic wars are going on in Washington. And the statements of some senior army ranks are their echoes reaching the public. The fact is that statements about the power, combat capability of the Russian army, its threat to NATO do not withstand any criticism: the funds spent on the Russian and American armies are incomparable. It is hardly possible to conclude, Adomanis writes, that the US Army and the Russian Army have “almost equal combat capabilities.”

Adomanis counted something. Over the past decade and a half, the US Army has spent on each soldier about 10 times more than the Russian army. The browser calls such a difference "gigantic."

But maybe the Russians during the reforms reduced the gap? Not. According to Adomanis, for the last 2-3 of the year, the difference has decreased insignificantly. And we should not forget the previous opinions of experts who called the leadership of the Russian army corrupt and incompetent. If so, then in order to achieve new combat capabilities, "even remotely resembling" the capabilities of the US Army, "corrupt and incompetent Russians" would have to introduce some kind of sophisticated technique that would suddenly "increase the combat power" of the armed forces.

Adomanis himself is skeptical about the emergence of such a “technique” and, in general, about increasing the combat power of the Russian army. In his opinion, the Kremlin could hardly have done this.

It is probably the “bureaucratic wars” that Adomanis mentioned that caused the “anti-Russian hysteria” in the United States. Justin Raimondo spoke about her on the portal. Antiwar.com.

Paranoid hysteria led the Americans "on the march." Americans "are on the march," says a journalist whose goal is to surround Russia. This is a key element of the new strategy, which, by the way, explains Putin’s strong concern.

John Kerry recently visited Central Asia, where he negotiated "with despots" like Islam Karimov. Kerry is not embarrassed that Karimov’s “bloody dictatorship” is a model for “tyrants all over the world.” The Washington Post reporter had to leave the room after he asked Karimov "uncomfortable questions" about the trampling of "human rights" in the republic.

But human rights, suppressed by Karimov, do not interest the State Department. The goal of American foreign policy is Putin. Accordingly, he is the main accused. Central accusations: the situation in Ukraine, the Russian "threat", the war in Syria and so on. Hence the insane ideas of potential US presidential candidates: the creation of a no-fly zone in Syria and even the idea of ​​knocking down Russian aircraft in the Syrian sky. Authorship of it belongs to the senator hawk Marco Rubio. This Republican, writing fiction that the US is allegedly not modernizing its nuclear arsenal, has bothered to create a new missile defense system in Eastern Europe. Ukraine, he is ready to accept in NATO. Undoubtedly, Rubio is pushing Europe towards the “vision” of 1950, when the specter of total war between superpowers loomed in the world. And this “retrograde vision,” the author notes, is shared by the majority of Republican rivals Rubio. And the Democrats are eager to fight - here Mrs. Clinton and even B. Sanders, with his "echo of the propaganda of the Cold War." This person supports American aid to Ukraine, including military, and is in favor of "freezing Russian assets around the world."

The theme of the economic confrontation with Russia continues the German press.

«Handelsblatt» notes that the European Union is going to extend sanctions against Russia.

EU leaders intend to expand economic sanctions against Russia for another six months. This was reported to the publication of sources from the governing circles of the EU and the German federal government. On the expansion of sanctions Europe will agree, obviously, at the EU summit, scheduled for December 18.

Why did European leaders decide to extend the sanctions? The newspaper indicates that the EU linked the lifting of sanctions with the full implementation of the peace agreement reached in Minsk. This condition “was not fulfilled by Russia,” the source told a reporter.

So, the American commanders again declared Russia "the greatest threat" to the United States and called it the "aggressor." The head of the US Army headquarters, General Mark Milli, has no doubt that the United States has “pretty good opportunities” for defeating Russia. Apparently, Forbes's observer Mark Adomanis, who believes that the leadership of the Russian army is incompetent and mired in corruption, has no doubt about this. In addition, the US spends ten times more money on the army than the Kremlin.

The portal Antiwar.com recalls that the United States is successfully turning over political deals in Central Asia, “surrounding” Russia, and the European Union intends in December not only to extend sanctions against Russia, but also to expand them.

Obviously, all this will allow the West to "defeat the Russians."

However, Western nations have little interest in the victorious reports of generals and experts. Top news overseas - Obama's photo session for the LGBT magazine. 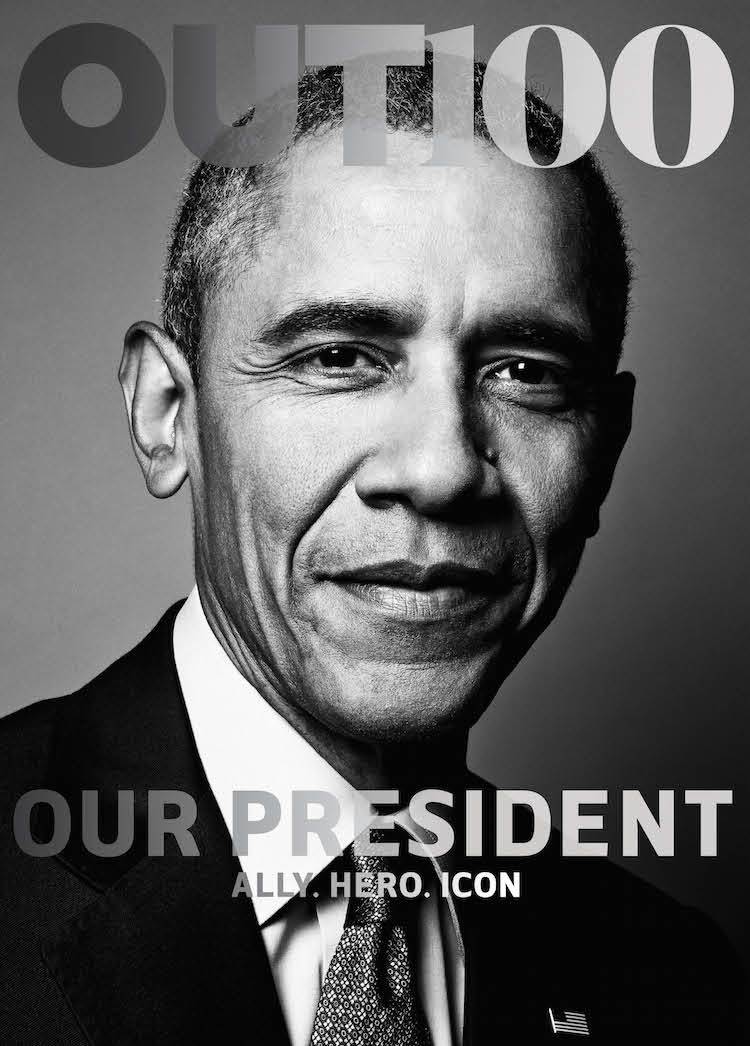 Obama also got on the cover. OUT magazine, photo by Ryan Pfluger

President starred for cover "OUT magazine". The pederasts of the progressive Western world are now chanting: “Our president! Ally! Hero! Icon!"

Ctrl Enter
Noticed oshЫbku Highlight text and press. Ctrl + Enter
We are
Mark Adomanis stood up for RussiaStrangulation: the context, conduct and consequences of the American naval blockade of China
Military Reviewin Yandex News
Military Reviewin Google News
128 comments
Information
Dear reader, to leave comments on the publication, you must sign in.