November 11 2015
38
World War I became a real testing ground for new designs. weapons. But not all of them are known to modern man. Of course, it is possible to rank the flash drive as a little-known weapon model of the period of the First World War. Flashetta (from the French flechette, in the German language Fliegerpfeil, in the Russian press of the beginning of the 20th century was sometimes called the "arrow") is a special metal dart arrow that is no larger than an ordinary pencil. It was a special type of aviation weapon created at the beginning of the 20th century and used by air forces of different countries during the air attacks of clusters of cavalry and infantry. Fleshetta was used during the battles of the First World War and during the Civil War in Russia.


It is worth noting that by the time World War I began aviation was in its infancy. Aircraft were used primarily for aerial reconnaissance and communications. Fighter and bomber aircraft were in their infancy. Under these conditions, the use of such an unusual weapon, such as a flash drive, should not be particularly surprising. For the first time, the French were invented and used by the French, but this weapon was especially popular in Germany. An example of the use of a flash drive was shown in the Russian television series Death of an Empire, one of the series of which shows a scene of an attack of an infantry column of the Russian army by a German airplane, which, from a low-level flight, throws metal arrows at a soldier. In fairness, it is worth noting that the heavy forged darts shown in the series were significantly larger in size than the actual flash drives used. 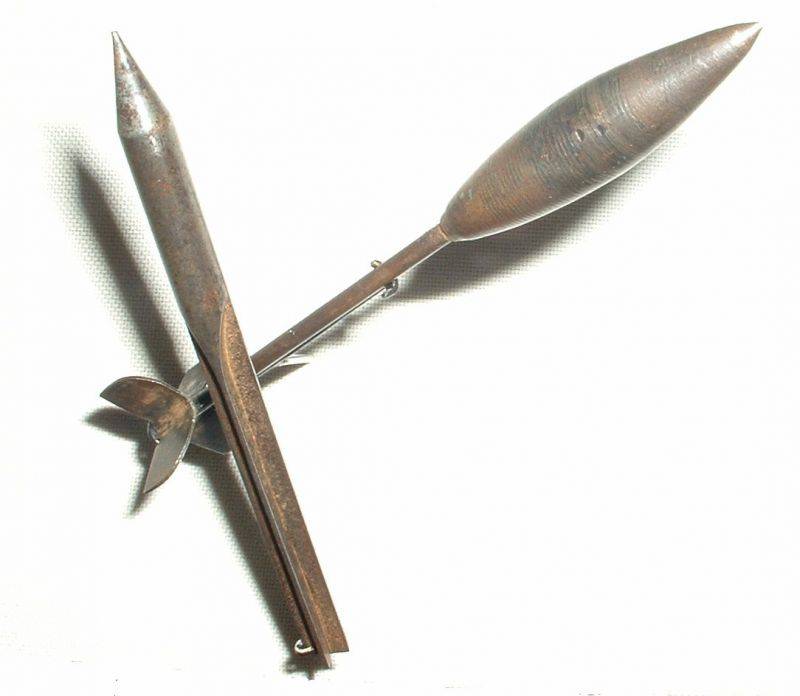 German (in the foreground) and French (in the background) flashsets

As noted above, at first the aircraft were used only as reconnaissance vehicles. For this reason, for some time a high flying airplane did not cause a sense of danger among the enemy soldiers. His flight over positions was accompanied, perhaps by strong words or an indecent gesture after. At the same time, the pilots themselves thought about being able to lead a battle with other pilots or attack ground targets. To do this, they made out as best they could - they took with them revolvers, rifles, light machine guns, and ordinary hand grenades were used to fight the enemy infantry. At the same time, due to the lack of sights, poor handling, wind and many other factors, it was almost impossible to provide acceptable accuracy from the first airplanes. It was necessary to have a weapon that could hit the squares in order to level out a little accuracy. The heavy bombs were not even discussed then, but ordinary physics came to the aid of the inventors. In the end, gravity has not been canceled. The flashottas thrown from the plane possessed excellent punching ability and destructive power near the ground.

Flashettas were invented in France, but contrary to the expectations of the creators, they did not spread there, becoming more popular in Germany and Russia. In Germany, the Fleshetta of the times of the First World War was a small metal rod the size of which is slightly larger than a regular pencil. It was sharpened on the one hand, and on the other hand it had four longitudinal grooves forming a kind of plumage. Some German flashsets even specially endowed with the inscription “Invention francaise, fabrication allemande” (fr. “Invented in France, made in Germany”) - a kind of symbolic humor of German military engineers who returned his invention to his opponent in the war. 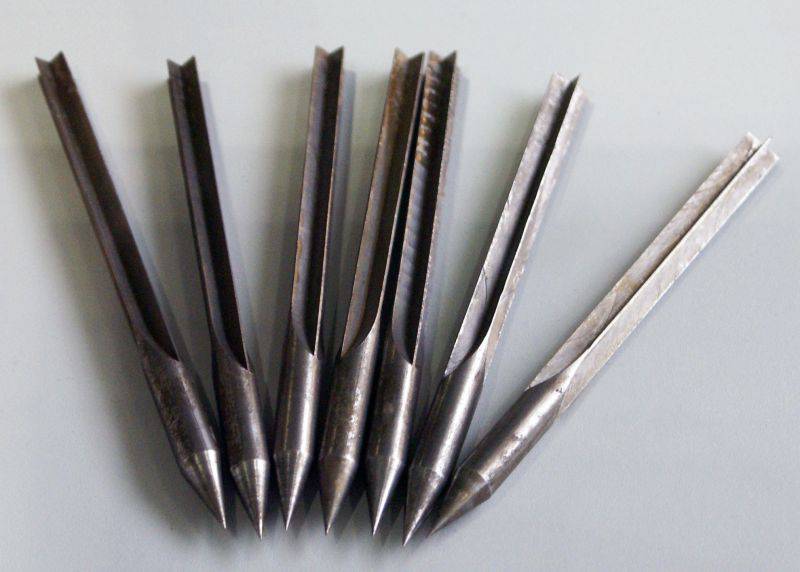 Fleshetta bulk or packs fit into special boxes, cassettes, which were hung under the fuselage of the aircraft. They were used mainly against enemy infantry and cavalry in the open, often with a strafing flight. At the right moment, a cassette with a deadly weapon was opened, and hundreds of flashsets rushed to the ground. The stabilizer or the available plumage unfolded the flashset down, after which it rushed to the ground. Arrows dropped from the side of an airplane near the ground already had a serious penetrating ability. It is noted that they were able to pierce the wooden boards, the thickness of which was 15, see. In addition, the fall of the flashsets was accompanied by a sharp whistle that scared the horses and put pressure on the psyche of the enemy soldiers. They were especially effective against the masses of cavalry in the open country, since the flashlet struck, if not the rider himself, then his horse.

These shells were very easy to manufacture and weighed relatively little, so you could take a couple of boxes on board the aircraft without any problems. Like any type of weapon, flashsets were continuously developed, optimal sizes, weight and shape were chosen according to efficiency. At the same time, most experimenters settled on the size of a flashset not exceeding a pencil or a ballpoint pen. However, the aviators themselves did not like these weapons, considering them too bloody and dirty. 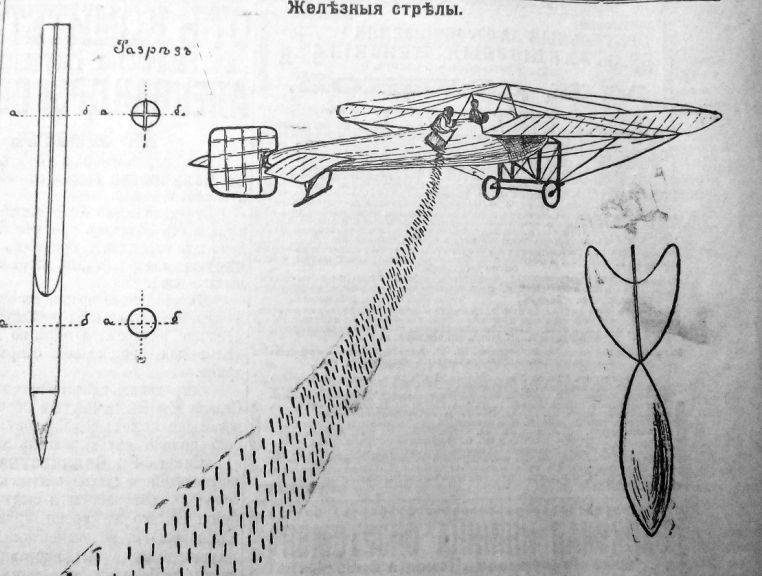 It is worth noting that, like all forgotten weapons, flashsets were pushed out by more effective means of attacking ground targets - bombs. Over time, their combat effectiveness began to fall seriously. There is nothing strange about it. Very quickly, the effect of surprise from the bombardment by flashsets just evaporated, and the conflict itself went into the stage of positional warfare. Under these conditions, when the soldiers of the fighting armies burrowed into the ground, digging out thousands of kilometers of trenches and building tens of thousands of dugouts, flashsets were ineffective. To hit the soldiers entrenched in the trenches, even with the help of a bomb, is not an easy task, what can we say about the arrows falling from the sky. The overlaps of simple dugouts made of earth and logs also became an insurmountable obstacle for flashsets. The use of flashsets during the First World War was never a mass phenomenon and rather was episodic. However, in Russia, the release of this fairly simple weapon continued until the end of the war. And the last time the flashsets used appeared to be the red pilots who used them in the autumn of 1919 of the year against the white cavalry.

But until the end of the flash of the world of weapons still did not disappear. The good ballistic qualities possessed by the arrow-shaped ammunition, as well as their high penetrating power, still attract gunsmiths. As a result, flashsets found application in attempts to create ammunition for firearms. For example, a similar ammunition for its experimental machine gun AO-27 was chosen by the Soviet designer DI Shiryaev in the 1961 year. 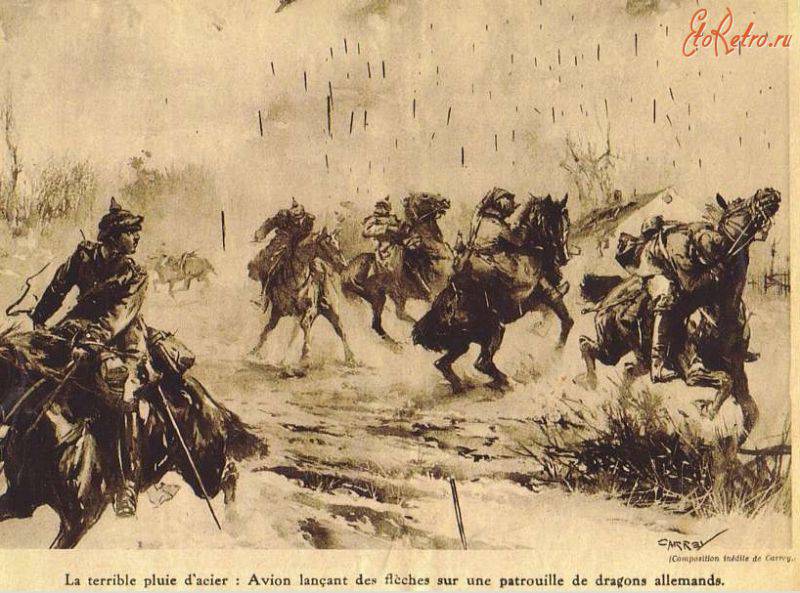 His machine gun was designed to use sub-caliber ammunition with a feathered arrow-shaped bullet and a leading two-sector pallet, which was separated from the bullet immediately after its departure from the AO-27 barrel. Tests of this experimental machine demonstrated to the military that, thanks to the high initial flight speed of an unusual bullet (1060 m / s) and lateral load, the AO-27 machine gun had a significant advantage over the Kalashnikov machine gun when breaking through such types of obstacles as trenching. In addition, experts isolated much less than Kalashnikov assault rifle bullets discharged when firing in short bursts from a standing position. However, due to the weak stopping effect of arrow-shaped munitions and the high price of such cartridges, the experimental machine gun AO-27 was never adopted by the Soviet army.

At the same time, flashsets tried to use in artillery. In particular, they are used as a form of ready submunitions (GGE), which consist in the US Army arsenal (XM580E1) and Russian armed forces (122-mm projectile 3SH1 with swept GGE composed 3VSH1 shots 3VSH3 and 3VSH4). They also found use in army ammunition for smooth-bore weapons. In particular, 12 caliber cartridges were created with ready slaughter elements in the form of arrows. The caliber 12 cartridge can be equipped with 20-th fighter arrows, the initial flight speed of which is 900 m / s. According to some information, the American soldiers used similar ammunition during the Vietnam War.