October 1917: Was there a “democratic” alternative?

November 14 2015
13
The events of October 1917, often trying to present some kind of left-wing radical, authoritarian coup, carried out against the "young Russian democracy." At the same time, the very young democracy itself can be scolded: they say that it was too weak and loose. This and overthrow turned out to be easy. Yes, there she is, in fact, the road, although the Bolsheviks are still bad. 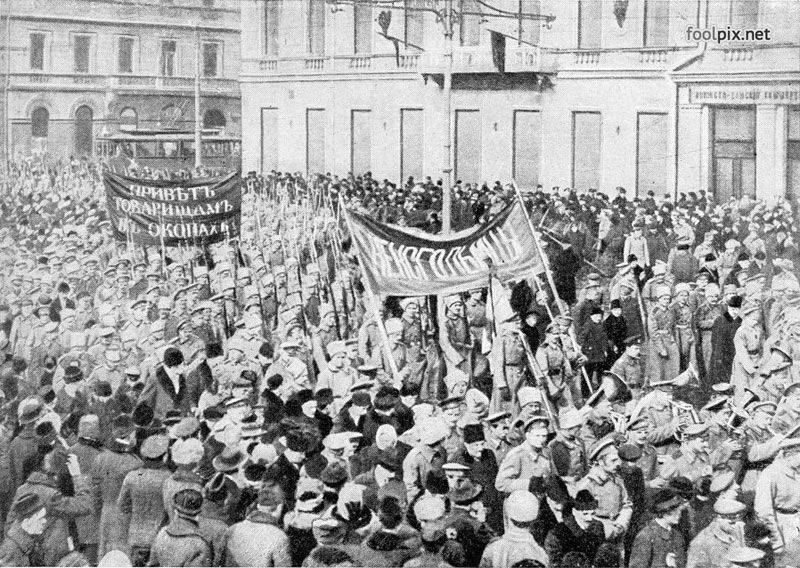 There are a lot of cliches that arise from ignorance of some things. No, not necessarily from the ignorance that distinguishes "losers" of all ages. A person can be quite educated and well-read, sincerely interested. history his country, but to grasp the picture as a whole he turns bad. And without this, there will always be feeding of various kinds of myths and cliches. We will try to at least "press" some of them.


First of all, it should be noted that the Provisional Government was not at all such a loose and indecisive coalition as it is sometimes represented. Although coalition crises took place, but in the autumn of 1917, the liberal junta was on a powerful Olympus, trying to limit democratic institutions in every way. We are talking about the so-called Directory ("Business Cabinet"), which created the right SRs, Alexander Kerensky. It consisted of five people: himself, Alexei Nikitin (Menshevik), Mikhail Tereshchenko (non-partisan, major entrepreneur), Alexander Verkhovsky (non-partisan), Dmitry Verderevsky (non-partisan).

Kerensky became at the same time both the minister-chairman (prime minister) and the commander-in-chief, having received, in fact, dictatorial powers. Joseph Stalin then ironically wrote about the “new” government: “Elected by Kerensky, approved by Kerensky, responsible to Kerensky and independent from workers, peasants and soldiers” (“Crisis and Directory”). After the formation of the Directory and the concentration of powers, Kerensky took, and dismissed the State Duma, which, by the way, was chosen, unlike his government. We love to cry about the dissolution of the Constituent Assembly and about the torn "legitimacy." But for some reason they don’t remember about the first Russian parliament and its legitimacy. 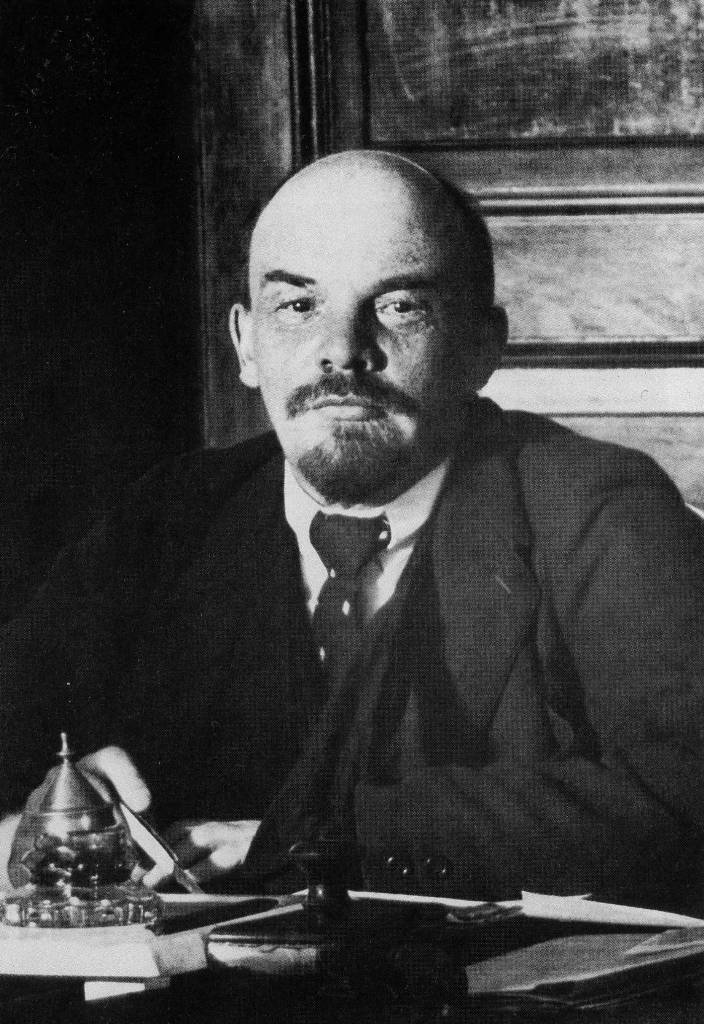 At the same time, Kerensky proclaimed a republic in Russia, again without any elected bodies there, and then already abolished the Directory, creating a new coalition government (this included the 4 cadet and the 2 progressist). True, something similar to parliament still arose with him. 14 – September 22 (September 27 - October 5) All-Russian Democratic Conference was held in Petrograd. Representatives from Councils, trade unions, city governments, zemstvos, cooperative organizations and others took part in it.

Most of the 1000 delegates were supporters of the Socialist Revolutionary Party (SR), but the Bolsheviks and Mensheviks had strong factions. At the meeting it was decided to create the so-called Pre-Parliament (All-Russian Democratic Council, the Provisional Council of the Russian Republic). And at first it was assumed that the government would be accountable to this elected body. However, then from the draft resolution the provision on accountability was thrown out, and the Pre-Parliament itself was transformed into an advisory body to the government. Such a "democratic" somersault. Moreover, then the composition of this Pre-Parliament, which it would be correct to call “non-parliament”, was changed - from above. "Provisional" included there cadets and representatives of commercial and industrial organizations. The Bolsheviks at first participated in the work of the HSR, but after all they left it, taking the course to transfer power to the Soviets of workers, soldiers and peasants' deputies.

It must be said that the Provisional Government attempted to crush the local authorities as well. At first, they bet on the chairmen of the provincial district councils. They were to take the place of governors. However, later the government was “presented” to the provincial commissioners appointed from above. True, those were supposed to be appointed in coordination with the self-government bodies, but this fig leaf did not deceive anyone.

The Pre-Parliament was short on that, but even he finally rebelled against Kerensky and his junta. In the evening of October 24, a session was held at which one of the Menshevik leaders, Fedor Dan, spoke. He expressed complete disagreement with the Bolsheviks, although at the same time he emphasized that the conflict between the government and the left-wing radicals must be resolved exclusively by peaceful means. Otherwise, the radicals will win the right, which should not be allowed in any case. And, of course, it is necessary to come to grips with social transformations, fulfilling the aspirations of the masses who follow the Bolsheviks. The left-wing forces (the Social Revolutionaries, Mensheviks) proposed to the Pre-Parliament a resolution containing rather harsh criticism of the government.

It was required to immediately proclaim the program of "land and peace", as well as create a Committee of Public Safety. According to the creators of the resolution, it was to consist of representatives of the Soviets and municipalities, working in close contact with the government. The resolution was adopted, but Kerensky and his ministers sent the Pre-Parliament far away, once again displaying their remarkable democracy.

2. RISE AND FALLING OF THE ESSERS

We have dealt with the "democratism" of the Provisional Government. Now it is worthwhile to touch upon the question of the "Left-Democratic alternative" to Bolshevism — about the Socialist-Revolutionaries and Mensheviks. They are often positioned as parties of “democratic socialism” that could lead Russia between the Scylla of Bolshevism and the Charybdis of liberalism. And indeed, these parties had the potential. Particularly impressive is the rise of the Social Revolutionaries, which occurred after the February Revolution. In the summer of 1917, the number of their party reached 1 million members - this was the peak of the popularity of the social revolutionaries, the most influential neo-people’s forces in the country.

However, the period of rise very quickly changed to a period of decline. The Socialist-Revolutionaries received the support of the majority, but could not use it. For this it was necessary to fulfill at least two conditions. First, to adhere to the ideological and political foundations, and secondly, to maintain organizational and political unity. And with this, the Social Revolutionaries were very bad. They became ideologically dependent on the Mensheviks and in fact abandoned their Narodnik basis. As you know, the Narodniks were opposed to the phase of capitalist development, considering that Russia has distinctive institutions (the community and the artel) necessary for socialist reorganization.

This position was subjected to an absolute revision, and in 1917, the Social Revolutionaries stood on the positions of orthodox Russian Marxism (Menshevism), according to which the capitalist path must be followed to the end. It is indicative that the Mensheviks themselves were, to put it mildly, not very popular. And this was shown by the results of the elections to the Constituent Assembly, at which they received all 2,1% (whereas the Bolsheviks 24,5%). That is, the very idea of ​​a social reformist path of development was not a success. The Social Revolutionaries were supported as a revolutionary socialist party, which it was not at that time. That is why they so quickly squandered all their vast political capital and could not become an alternative to Bolshevism. 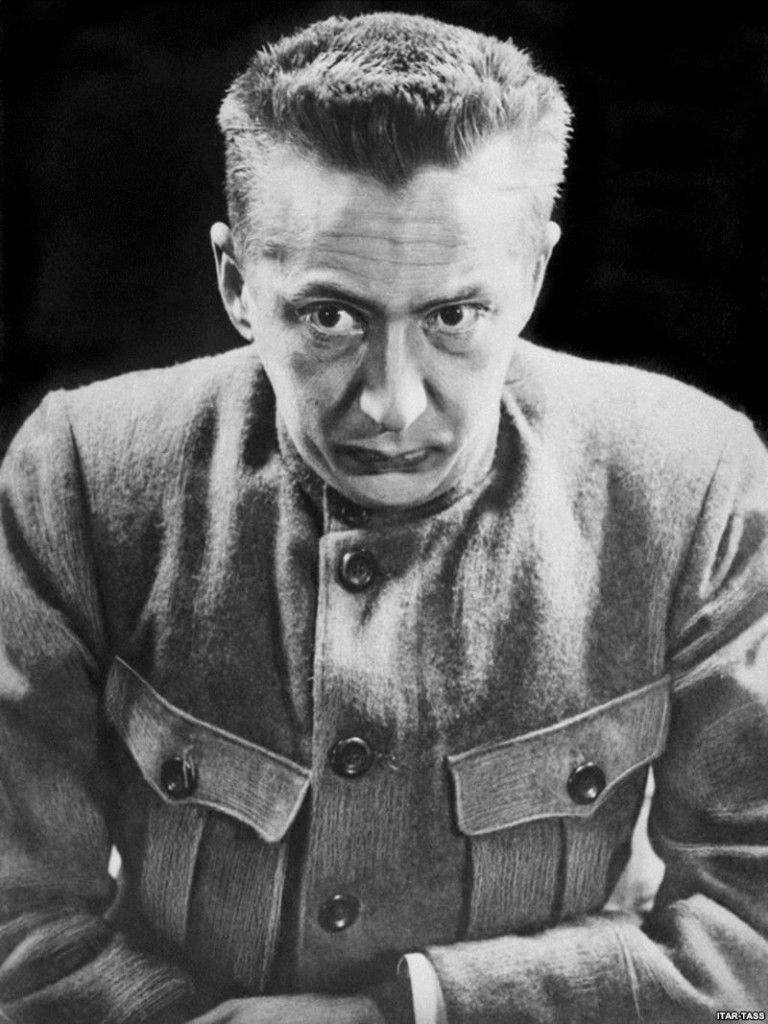 In the spring of 1917, Petrograd was flooded with rallies.

The “historical” paradox: the Marxist Bolsheviks were much closer to populism than the Social Revolutionaries themselves. They were not going to hold on to the institutions of bourgeois democracy and to go through a long reforming of capitalism. By the way, Vladimir Lenin was not at first a supporter of the forced construction of socialism (what else will be the conversation). He advocated making (more precisely, completing) bourgeois-democratic reforms under the authority of the Soviets elected (with the possibility of recall) from enterprises, military units, etc. Thus, it was supposed to start the path to socialism.

But back to the Social Revolutionaries. In addition to ideological revisionism, they were characterized by a tremendous organizational rift. In the party there were several currents arguing fiercely with each other.

There are right-wing Socialist-Revolutionaries (Nikolai Avksentiev, Ekaterina Breshko-Breshkovskaya), centrists (Semen Maslov, Viktor Chernov) and leftists (Maria Spiridonova, Boris Kamkov). (By the way, the Socialist-Revolutionary center, in fact, was also split - into left- and right-centrists.) And at first, right-wing ones were in the vanguard of splitting. So, on September 16, they published an appeal in which they accused the Central Committee of the AKP of defeatism. The rightists called on their supporters to form associations in the localities and to be ready to hold a separate congress. Moreover, they wanted to create their own electoral lists in a number of provinces.

It turns out that a significant part of the Social Revolutionaries was ready for almost all-round support of the liberal junta of Kerensky, splitting at the same time their own party.

The left part of the party was also isolated, which was actively encouraged by it. The faction itself arose at the III Congress in late May - early June 1917 of the year. Then she criticized the party leadership for "moving the center of support of the party to the strata of the population, by its class nature or level of consciousness that could not be a real support for the policy of true revolutionary socialism." Left demanded to transfer the land to the peasants and the power of the Soviets. And then the Central Committee, completely in a “democratic” manner, forbade them to criticize the decisions of the congress. And 29 – 30 of October, the left was simply expelled from the party, completely dissolving the Petrograd, Voronezh and Helsingforg organizations. It was only after this that the left began to form their own party structures and began to prepare a separate congress.

By the way, here is a very curious moment. In the dismissed Petrograd organization of the AKP, the Left supported 40 of 45 thousand members. Let's think about it: the left make up the minority in the party, however, almost all of the capital's social revolutionaries are following them! Is this not an indicator of the most powerful destructive processes and distortions that take place in this gigantic but extremely loose party?