How to punish the guilty 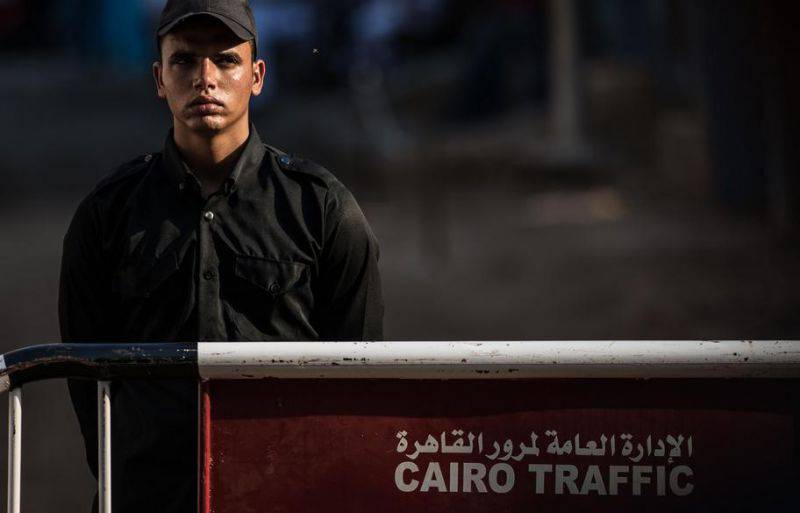 Officials are cautiously preparing society for the fact that the cause of the fall of the Russian Airbus-321 over Sinai was a bomb. And now the main question - what to do next?

Every day more and more statements appear in the world media that the incident with the Russian airliner should be interpreted as a terrorist act. The last of the sinks was issued by Reuters, referring to an anonymous representative of the Egyptian commission to investigate the incident, it reported that the 90% commission was confident that there was a bomb on board. And if the cause of the tragedy really became the actions of the attackers, then immediately the question arises what to do with them.

It is clear that the perpetrators were local terrorists (the so-called "Sinai branch" of the IG took responsibility for the attack). Confused, however, that the militants refused to say exactly how they allegedly blew up the plane. “We are the ones who, with God's help, shot him down. And by the will of Allah, we will say how they did it at the time when we consider it necessary, ”the message of the terrorists says.

Officially, Russia cannot punish these militants - they are neither in its territory nor in the territory where Russian videoconferencing systems operate. Their leaders can only be shot down (as the Israelis did during the operation “God's Wrath”, thus punishing the organizers of the Munich attacks), or, in agreement with the Egyptian troops, inflict a one-time large-scale air strike on their camps in Sinai. There is no sense in Russia engaging fully in the antiterrorist operation in Egypt. Especially for the elimination of pawns. After all, there are no doubts that behind the terrorist act (if it took place) there are much more influential forces than the Sinai smugglers. The question is who exactly.

Now the Russian special services will try to find out whether their colleagues from the departments of unfriendly states stand behind the incident. Since it is obvious that the attack is directly related to the Russian operation in Syria, the organizers should be those who are not happy with this operation, whom it hinders much. If we look at the situation from this point of view, then all the hints that the explosion was organized by Western intelligence agencies look untenable. From a strategic point of view, Europe and the United States benefit from the Russian military presence in Syria agreed with them, since it solves their problems. If now between Bashar Assad and the secular opposition a political compromise suits the United States, if Moscow gets bogged down in Syrian affairs, then in Washington they will be satisfied. The organized attack could lead to a sharp aggravation of Russian-American relations and to Obama being drawn into a conflict with Moscow that he does not need.

The two powers are unhappy: Turkey and Saudi Arabia. However, the chances that the Turkish authorities are behind the terrorist attacks tend to zero. The times when Turkey supported the North Caucasus terrorists have already passed. Now Turkey and Russia have very pragmatic relations tied to economic cooperation, and Erdogan will not put them at risk.

But the Saudi version looks more interesting. The Russian operation in Syria was an image attack on Saudi interests and rocket-bombing on Saudi clients in the region. Expert Online has already written that now you can expect all sorts of steps to sabotage the Syrian settlement process from Riyadh.

Yes, the explosion of the Syrian aircraft seems to be a step, to put it mildly, excessive. After all, Riyadh is not interested in a cardinal exacerbation of relations with Russia - it needs Moscow as a kind of regional counterweight to Iran, a supplier of cheap, reliable and understandable in operation weapons for saudi satellites in the region. And yes, Saudi Arabia is an opponent of the IG, which means, it would seem, the groups associated with the IG in the region. However, firstly, the latter is an extremely serious simplification. The same al-Qaida in the Arabian Peninsula, which has long been operating in Yemen under the franchise of the Islamic State, works closely with Saudi Arabia in the fight against the Houthis, and even took control of the capital, Aden. Secondly — and this is more important — there is no “collective Saudi Arabia.” There are a huge number of clans in the country, which have their own interests and opportunities to realize these interests in various ways. And for some of them, Russia's revenge for saving the regime of Bashar Assad is more important than creating a strategic deterrent system for Iran. Yes, and in the attacks against Russia, Saudi Arabia is not suspected for the first time - according to some experts, it was Riyadh that was behind the bombings in Volgograd on the eve of the Sochi Olympics.

If the terrorist act really finds a Saudi trace, then the question immediately arises of what should be the response of Russia. And here, of course, you need to refrain from direct aggressive steps like sending fleet to the Persian Gulf. Any direct aggressive actions against Riyadh will cause a serious aggravation of relations with Washington, and will destroy the fragile US-Russian compromise on the Syrian issue. Much more effective (both from the point of view of Russian interests and from the point of view of consequences for Saudi Arabia), other actions look, albeit less noticeable, requiring revenge on the Russian public. For example, the legitimization of Yemeni rebels fighting against Saudi Arabia (who have all the military capabilities for regular raids on Saudi territory and lack only diplomatic support) or joint Russian-Iranian regional initiatives against the interests of the Kingdom.

In any case, for this kind of accusations and / or retaliatory steps, a clear understanding is needed of who organized the attack and why. Indeed, in addition to explicit candidates for this role, there are also implicit ones - for example, the same Qatar. Judging by the current actions of Moscow, she has not yet found the culprit.

Ctrl Enter
Noticed oshЫbku Highlight text and press. Ctrl + Enter
We are
About Stalin and KhrushchevWhat you didn't want to know about England
Military Reviewin Yandex News
Military Reviewin Google News
129 comments
Information
Dear reader, to leave comments on the publication, you must to register.