Country 404. How to wean a girl constantly fall face down in the dirt. Consilium of Ukrainian "doctors"

November 12 2015
29
There are people who speak only the truth. No matter how unpleasant it is. And there are those that are always something there embellish. Like my dentist after another tooth pulled out. Nothing to get sick, you still have a few left. Optimist, Christmas tree winder. So it is in the Ukrainian economy. 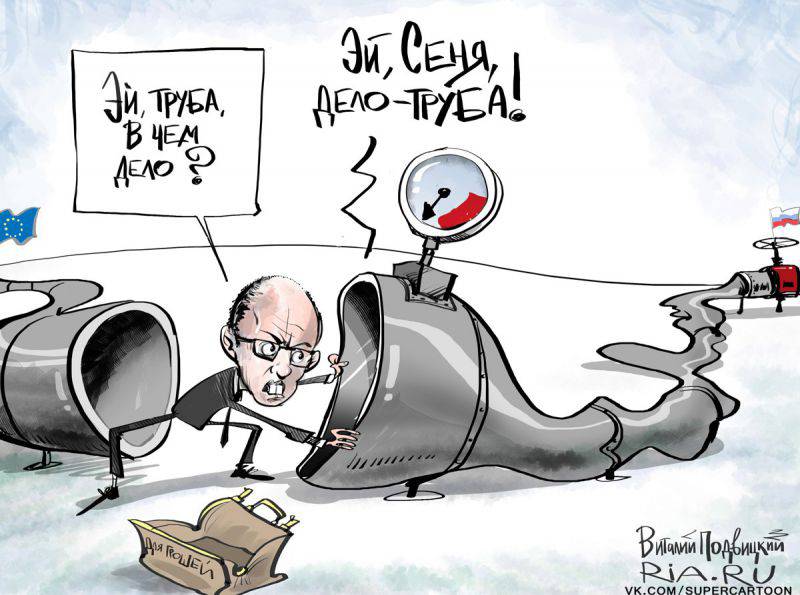 It is about this, on her Gilyak, wayward girl, and will be discussed today. Moreover, this speech will be held by those who understand its vile nature. How many premiers and all sorts of Ukrainian ministers were courting, but she still can. I mean, does not. Do not think something indecent. The economy does not give this, as his, increase.

The normal economy differs from the capricious one, that, like a good pig, that not a day, then a hundred grams. And even a hundred and fifty. As comrade Dynin used to say in the old Soviet movie. And for some reason, the Ukrainian vice versa. Every day, losing weight. No, I, of course, understand everything. At the wife himself periodically "after 18 hours I do not eat." This is sort of a secondary female sex trait. But over the winter, these kilograms are always gaining ...

So the leading Ukrainian doctors, more precisely, the leading Ukrainian economists, gathered and decided to make a diagnosis. And only then determine the "treatment tactics" and the forecast for the next year. And then, God forbid, die the maiden. What is this terrible disease called there? Anorexia, in my opinion. Minutes of the consultation were provided by Vesti Business Ukraine (http://business.vesti-ukr.com/122758-pochemu-ukrainskaja-jekonomika-padaet-silnee-prognozov).

“The delay in reforms, the lack of investment, political risks and the negative world market situation all do not allow the Ukrainian economy to grow, and the world’s financial institutions are making their forecasts worse, according to economists surveyed by Vesti.

At the end of last week, the European Bank for Reconstruction and Development did it, which revised its forecast for Ukraine's economy to fall by 2015 from 9% to 11,5%. But at the same time, his analysts expressed a cautious hope that 11,5% would become the bottom, and below this level our GDP will not fall already. "

In principle, such a diagnosis and I would put it. You know, it's like trauma station. The patient has his left hand cut as a result of exposure to a knife while cutting sausage as a snack. It seems that the girl does not eat because no one gives her the products she wants. You want, you know, Peking duck, and she is fed Ukrainian borsch. Of course not. Duck she already brought like. Only then she wanted borscht. I tell you, wayward.

“And they noticed that as the reforms, which the EBRD did not see in Ukraine this year, in the first half of 2016, our production volumes will still start to recover. Moreover, the European Bank was not the first to worsen the expectations for the Ukrainian economy for the current year. : before him it was done by the international rating agency Standard & Poor's, which revised its forecast from 7,5% to 15%, as well as the IMF - from 9% to 11%. "

It is very difficult to understand these "doctors". This year, the lady seems to be even slimmer. In the sense of - lose weight to bony. But in the next for some reason it will become fat. It seems that the body itself will start the struggle for vitality. As a submarine crew in an extreme situation. Why did it happen? Is industry recovering? Agriculture does not know what to do with a crop?

"Less investment from the IMF - less investment." At the beginning of the year, everyone expected the reforms to go faster, that the country would receive investments. In the spring, the IMF itself planned to allocate Ukraine four tranches, and now the third is in question, "the head said Analytical Department of Concorde Capital Alexander Paraschiy ".

So that's where they buried that same dog. The one that is to blame. IMF to blame. Money does not give. And why? They give it to everyone, namely, Ukraine is not given. And require, require, require. That one reform, the other, the third. Well, Ukraine does not have time for these requirements. Democracy interferes, her mother. Ukraine has to think about it. Then in the Parliament to discuss. And given the multipolarity of opinion, find this consensus, like his. Then it is necessary to take into account the specifics. A lot of people need to distribute kickbacks.

And further. The country is still fighting. What, from Europe full is not visible? So you do not need to see. Enough that the Ukrainians at the front checkpoint. It can be said that European democracy is protected by breasts and other parts of the body.

“The sharp drop in business activity is due to a large number of factors, including military, a fall in prices for Ukrainian exports, a crisis in the banking sector,” Vitaly Shapran, chief financial analyst at RA Expert Rating, explained to Vesti.

At the same time, in September, high rates of decline were preserved. As a result, according to Shevchishin's forecasts, the fourth quarter will also be marked by near-zero GDP dynamics in relation to the previous period. One of the risks will be the energy supply of the winter period: in the case of another wave of power outages, it will not be possible to support production.

“Of course, the situation in the anti-terrorist operation zone and the restoration of cooperation with an uncontrolled region, at least within large holdings, will have a significant impact. The economy is also hampered by a weak consumer sector and companies' losses, ”the expert noted.

That's it. What business activity can there be where war is going on? What kind of cooperation? There are separatists and padded jackets. Moreover, such terrible that it is impossible to agree with them. They do not understand everything. Give them coal, you bastards! And they-buy ... Hu, certainly not Ukrainians. Buy and fool can. Unless of course there is money. And here you just beg. Yes, even a hurt face, give a little. And they asked for a long time.

In short, Ukrainian doctors have disappointed me ... economists. Linden experts some. Would ask me. I think their diagnosis would not be much different from mine. Vaughn, a neighbor asks me in the morning. Like, hear, my head hurts with a hangover. How to treat? And once I, as a real doctor, drink citramonchik a couple of pills. Head and pass. But for some reason he does not really follow the advice. Beer runs to the nearest store.

So what about the treatment proposal?

“In order to improve its performance, Ukraine, as the analyst at Adamant Capital Inna Zvyagintseva notes, is in dire need of economic liberalization, improved business conditions and attracting foreign investment.

At the same time, economists consider tax reform to be one of the main conditions for growth. The revenue side of the 2016 state budget will depend on which option of changes to the Tax Code the authorities choose (the Ministry of Finance or the relevant committee of the Verkhovna Rada - Nina Southerner). "

Well, okay. I, as a homegrown doctor, also say so. In order to be cured, the girl needs to start treatment. And the rest of the pill she get it. Or there, some potions. But most importantly, the neighbors should give money for all this treatment. Will not treat for free. Flat as a deposit to leave the bank. Or something else.

“Tax reform is designed to stimulate business to come out of the shadows. The Southerner’s option is considered to be more radical, but the IMF has taken a conservative stance and believes that a drastic easing of the tax burden will not lead to a dramatic way out of the shadow of the business, since business’s trust in the government has been eroded, ”says Andrey Shevchishin. As a result, experts note that the Ministry of Finance’s project has more chances to be taken as a basis. "Most likely, the version of the Ministry of Finance will be adopted as the one supported by the IMF, but with amendments."

Goon-neighbor, of course, will not forgive debts as a former "elder brother." He is a goon. Just where to go? The elder is now generally squeezed money. Does not understand that ...

Yes. Wayward girl stays sick. And falls, falls, falls. I certainly understand the breakdown and everything else. But it is indecent. Around other states. Well, fall, of course. Only then get up. Some fast. Some long relying on the cane. But get up and go. And this ... Whatever step, then face in another puddle.

Yes, and doctors, I think, need to change. We need not those who make a diagnosis depending on the requirements of the head physician, but those who understand something in medicine, ugh, in economics. And the chief doctor, no, the president and the prime minister, let them know that the economy is not treated by neighbor’s handouts, but by the development of its own production, the rise of agriculture and good relations with all its neighbors. Especially with those who can buy what you are rich with.

Ctrl Enter
Noticed oshЫbku Highlight text and press. Ctrl + Enter
We are
Results of the week. “In our cooperative, the board is always agreed”Memo to mercenaries in Africa
Military Reviewin Yandex News
Military Reviewin Google News
29 comments
Information
Dear reader, to leave comments on the publication, you must to register.