November 10 2015
23
The trial continues against the Russians Alexander Alexandrov and Yevgeny Yerofeyev, who were detained by Ukrainian security forces 16 in May. The hearings on the case of Aleksandrov and Yerofeyev, who in Ukraine are called acting (at the time of the arrest) by military personnel of one of the units of the GRU of the General Staff of the Armed Forces of the Russian Federation, are held in the Goloseevsky court of Kiev.


RIA News reports that during the court session the Russians declared their readiness to testify, “if there is such a need”. At the same time, one of the Russians, Yevgeny Yerofeyev, made claims to the judge, stating that he did not understand the grounds on which he was called “a soldier” during the trial. The Kiev judge did not answer Yerofeyev’s question.

Recall that earlier in a Kiev court, it was decided to extend the arrest of two Russians until January 2 2016. Lawyers Aleksandrov and Yerofeyev declared that they would apply to higher authorities with the aim of Russians recognizing “prisoners of war”. At the same time, Ukrainian lawyers motivate their initiative by the fact that criminal prisoners cannot be initiated against prisoners of war on the basis of the Geneva Convention.

The prosecutor, speaking at the trial, filed charges against Aleksandrov and Yerofeyev under several articles of the criminal code of Ukraine. Here is a list of articles:

h. 2 art. 332-1 (violation of the procedure for entering and leaving the temporarily occupied territory of Ukraine),

however, the Russians did not admit their guilt on any of the listed points. This is reported by the Ukrainian TV channel TSN. 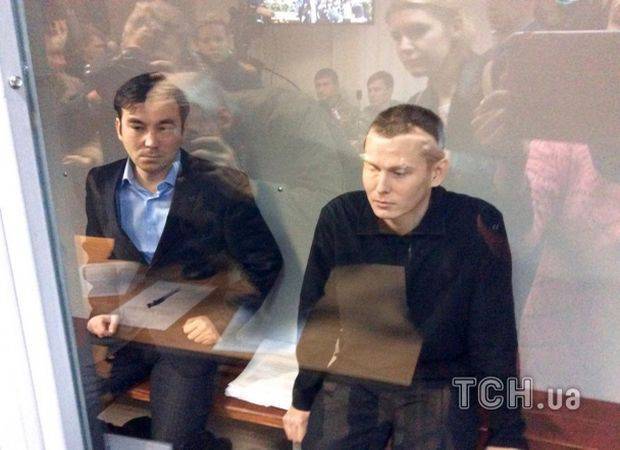 Ctrl Enter
Noticed oshЫbku Highlight text and press. Ctrl + Enter
We are
Yevgeny Erofeev in the courtroom in Kiev: "At the time of the detention by the Ukrainian side, I was a fighter of the LPR People’s Police"
Military Reviewin Yandex News
Military Reviewin Google News
23 comments
Information
Dear reader, to leave comments on the publication, you must sign in.