November 11 2015
175
What would happen if Russia sent troops to New Russia in 2014 year? The Internet party “Putinslil” would not have formed, but in its place some other party would have been formed. 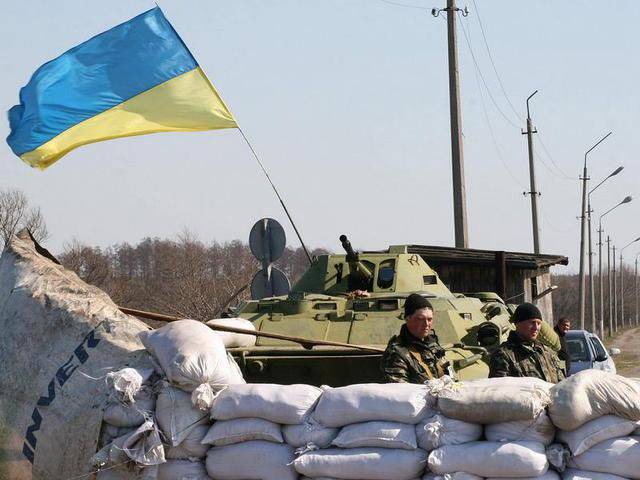 The Ukrainian army in the summer of 2014 was weak, and Russian troops, with the support of the militia of New Russia, could occupy the entire southeast of Ukraine and even Kiev, if it would have been necessary to fight only with the APU. But if PMCs and NATO contingents (the same “foreign legion” that Putin said at that time) came to the aid of Bandera, for example, landed in Odessa, Nikolaev, Kherson, Kiev ... Then, apparently, our troops would stop at some "Red line". Shadow CIA "Stratfor" then prompted the line of demarcation of troops around the Dnieper.

In the future, this option rolls over to "Afghanistan" in Ukraine, our best enemy Brzezinski openly dreams of him. The fighting on the territory with nuclear power plants, saturated with industrial enterprises, can lead to a humanitarian catastrophe and serious economic consequences.

A complete and sharp rupture of economic relations between Russia and Europe, estimated at 500 billion dollars, is also possible. This would lead to the necessity of introducing a state of emergency in Russia and in Europe, then the world economic crisis and the Third World War would be on the agenda. Moreover, in conventional weapons and allied countries, the West now has a significant advantage over Russia.

In general, conventional conventional means of the Russian Armed Forces, despite significant progress under the leadership of Shoigu, are not sufficiently prepared for war, especially the military-industrial complex. The situation is repeated before the Great Patriotic War, when Soviet Russia went to sign a peace treaty with Hitler (Molotov-Ribbentrop Pact) in order to gain time and continue rearming the army. Today, Russia is also rearming, this process is scheduled to be completed by 2020 year. However, the rearmament program was supplemented with an “import substitution program”.

The General Staff promises to complete the construction of the aerospace defense of Russia by the end of 2015. So, relatively recently, they placed the C-400 complex on Kamchatka, covering our naval base. In general, the Minsk process has already given Russia two years of respite to prepare the country for defense. This is a serious achievement: Stalin at one time won less time.

The “Putinsil” party proceeds from the most favorable scenario for the development of events after the introduction of troops into Novorossia, which is more or less confronted with the current level of confrontation. And it does not consider the unfavorable ... However, when entering the troops, Europe would not exactly put forward the "Norman format", it was a condition for Russia to refuse the military operation. America would supply Ukraine at a minimum weapon and their PMCs ...

Does this mean that after the “Minsk” reunification of the New Russia is impossible, its banderization is inevitable? That is, what is this situation for long? Here, “Putininsil” makes a strange gimmick, by default considering the situation in the world stable, ignoring the obvious fact that the hybrid war of the West against Russia continues and is growing on other fronts, the West declares sanctions before Russia returns to the Crimea, that is, Washington intends to somehow defeat Russia

With the naked eye it is clear that the situation in the world is changing very quickly and is getting worse. Bandera’s Ukraine in its current state, without ties with Russia, the West will have to take on full content, by the way, extremist financier George Soros has been talking about this for a long time. However, both the USA and Europe do not acquire colonies in order to maintain them.

From the very beginning, many non-affiliated analysts called the Minsk Agreements merely a truce, because Kiev cannot fulfill the political part of them, absolutely speaking. They turned out to be right, we still see that at least somehow the clauses about the truce are being carried out. Many of these analysts call the Minsk Agreement also a trap for Poroshenko, and they are puzzled why he signed them? This bin Newton is not difficult to solve.

Before signing the main document in Minsk, Poroshenko made a call to a friend, and received a go-ahead from him. Most likely, it was US Vice President Joe Biden, known for his commitment to a military solution to the Ukrainian crisis with Russia. Washington approved Minsk because it gave Kiev a breather, and the resumption of the war would then write off all its agreements. (Likewise, the Malaysian Boeing was shot down in the hope that the war triggered by this catastrophe would make the investigation impossible and useless.)

In August 2015, the Bandera troops actually prepared the offensive, and even made the first gestures, however, they ran into powerful counter artillery counterattacks, this was reported by ukroSMI. Putin then pointedly went to the Crimea, where he expressed the hope that "it would not be possible to get serious combat clashes." And Poroshenko August 24 was invited to Berlin to Chancellor Merkel, and as a result of the work done with him already from September 1 in the Donbass for the first time, in general, a truce was established, which continues to this day.

Since Kiev still cannot fulfill Minsk, our American colleagues will have to disavow it in another way. For example, removing Poroshenko, the signatory of this "Minsk". Therefore, it should be expected that in the outbreak of the “war of the oligarchs” between Kolomoisky and Poroshenko, the US State Department, and its emanation in the form of Jeffrey Payette, will end up on the side of Kolomoisky.

In general, the situation in Ukraine cannot be stabilized on the “Minsk” foundation. Next year, 2016 will officially end its action, and we will see how it will fall apart and bury Poroshenko under its rubble. Talk about his prolongation - this is just talk. Poroshenko failed Joe Biden's plan for Ukraine and will be punished. As a result, the situation in Ukraine and in New Russia will be set in motion ...