November 10 2015
26
Syrian warplanes for three days made 98 sorties, destroying during this time several headquarters and warehouses with ammunition of the Islamists, as well as dozens of pieces of equipment of the Islamists, reports RIA News message from the representative of the Syrian Armed Forces Ali Mayhuba. 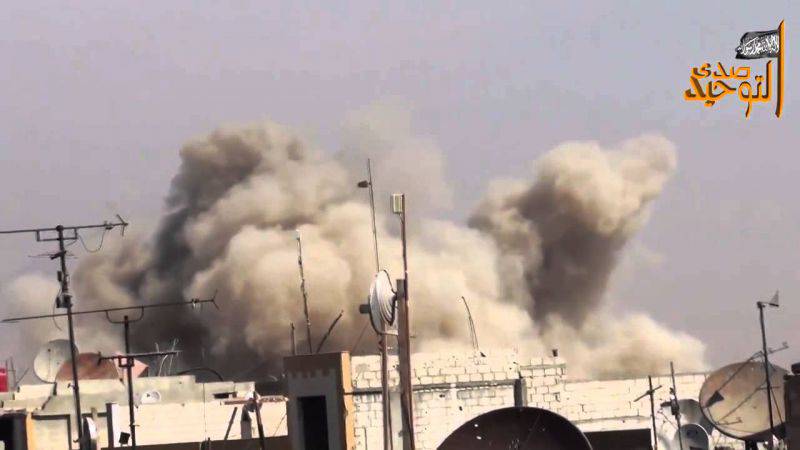 “Dozens of terrorist vehicles have been destroyed south of Aleppo, as well as in the gas fields of Homs province. Ammunition depots were destroyed in the settlements of Kefer-Nbud, Kefer-Zeit and Taman (Idlib province), ”he added.

Ctrl Enter
Noticed oshЫbku Highlight text and press. Ctrl + Enter
We are
Full Syria summary for 24.03.2017 of the yearSerious successes of the Syrian army in the area of ​​Aleppo and Latakia
Military Reviewin Yandex News
Military Reviewin Google News
26 comments
Information
Dear reader, to leave comments on the publication, you must to register.