Did not want to fight with terrorists

November 11 2015
77
Something interesting is happening. Washington is making efforts to combat the "Islamic state", the American presence in Syria is gradually increasing. Meanwhile, local allies are showing US ass. Almost literally: the Arabs participating in the "coalition" turned to the Americans as a fifth point. Like, bomb "IG" yourself, and we will take care of our own affairs. 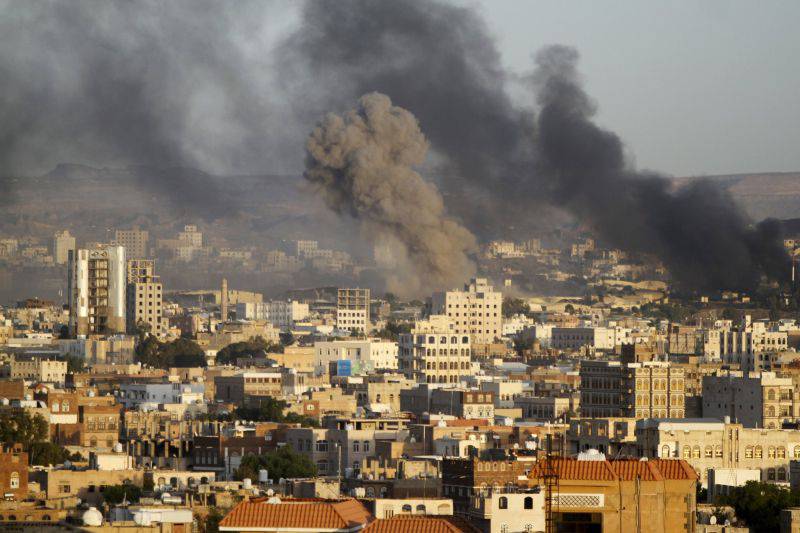 In a report by Eric Schmitt and Michael Gordon in "New York Times" It is noted that the United States plans to intensify airstrikes on the positions of the "Islamic state" in Syria, and the Arab allies, who "with great pomp sent combat aircraft at the beginning of the mission a year ago," now reduced their participation in the campaign almost to zero. The air campaign against the militants is almost entirely carried out by US forces.

Most of the rulers of the Persian Gulf states seem to be concerned about the fate of the rebels fighting with Syrian President Bashar al-Assad. Experts note that other Arab partners have quietly left the United States to fight the IG in splendid isolation.

And before the coalition allies did not show themselves in the best way: most of the airstrikes in Syria last year caused the United States. Other coalition members focused on the attacks of the “Islamic State” in Iraq.

According to The New York Times, Saudi Arabia and the United Arab Emirates transferred the bulk of their aircraft to the fight against Iranian-backed Huty insurgents in Yemen. In a sign of solidarity with Saudi Arabia, Jordan also sent combat aircraft to Yemen. Qatar still carries out combat missions over the territory of Syria, but its role remains very modest.

Lieutenant General Charles Brown explained to the publication that "all of them" (US coalition allies. - O. Ch.) Are engaged in "other things." True, he added that these allies still allow American pilots to use their bases.

It is curious that in this situation the Arab allies assert that they play an important role in the war.

“Jordan’s commitment to this struggle is unshakable,” said Dana Zureikat Daoud, a spokeswoman for the Jordanian embassy in Washington, Dana Zureikat Daoud. She believes that Jordan is still "an active partner and participant in the international coalition."

Even more curiously, the Western allies of the United States, for example, France and Australia, also limited their participation. In Syria, they struck a small number of blows. Their main power is directed to the positions of "IS" in Iraq.

Togo is worse with Canada: the new prime minister, Justin Trudeau, there promised to fulfill his election pledge and stop Ottawa from participating in the air campaign against IG.

Finally, none of the Western allies is ready to join the United States at the Incirlik air base in Turkey. But this step would lead to the simplification of operations against militants in the north of Syria and in Iraq.

Incirlik is much more convenient base: 15 flight minutes to the Syrian border. For comparison: from the bases of the Persian Gulf fly here almost five hours. But Australia and most European allies, including France, do not want to leave their bases in the Middle East.

The UK, previously noted "tough statements" about the fight against the "IG", showed itself to be a talker. Unlike France, its actions “do not correspond to its statements,” journalists say. Now the UK is bombing sites in Iraq, and in the sky of Syria only conducts surveillance and conducts reconnaissance flights.

Eight Arab and Western allies jointly carried out only about 5% of 2700 air strikes in Syria (compared to 30% of 5100 strikes in Iraq).

Meanwhile, US Secretary of Defense Ashton Carter promised Congress that the air operation in Syria will be intensified. There will be attacks on the positions of "IG" near the oil fields, which remain one of the main financial sources of the group. However, these are only words; in fact, the US military faces problems. It's about the lethargy of the allies, Arab and Western.

In fact, in addition to the American forces, armed Syrian Kurdish troops, and with some Arab formations, are fighting the IG. General Brown notes their activity as well as the effectiveness of their actions. With the participation of US forces, this effectiveness is even greater. An example is a joint operation conducted in July, when the Kurds launched an offensive in northeastern Syria. On the other hand, the Kurds had problems: the ammunition was ending, the weather was nasty, poor coordination prevented, because of what the American commanders at that moment mainly focused on targets in the western part of Iraq.

Among the American plans, according to the general, is the build-up of attacks on secondary targets: stationary points, oil production facilities, bomb factories and other so-called critical nodes, from where the Islamic State’s military efforts are being fed.

"Moving" to the base Incirlik also increase the efficiency of air operations. Last month, American troops dropped a lot more bombs as missions became easier. This means that more targets were hit.

The other day, we will add on our own, the head of the Pentagon, Ashton Carter, also spoke out about the intensification of operations against the militants.

The United States may decide to send an additional number of troops to Syria. About this Ashton Carter said in an interview with television channel ABC News, reports RIA News".

Earlier, the agency reminds, it became known that the United States sent up to fifty special forces to Syria to coordinate operations against the "IG" with local forces.

“If we find other associations ready to fight IS, capable of it and having such a desire, there will be more. The President expressed his willingness to do this, I would certainly recommend it, but we need capable local forces, ”Mr. Carter said. He explained that in order to send more troops to Washington, local unions must "demonstrate the ability to fight IS."

Obviously, let us add on our own, in parallel with the search for ways to increase the effectiveness of their operations in Syria, the Americans are looking for those who are able to "demonstrate the ability." It seems that there are not so many of them - only the Kurds. Arab coalitioners are diligently avoiding participation in “other things” somewhere in Yemen. The Western Allies proved themselves either as “talkers” (Great Britain), or cooled towards the mission (France), or even quit the game (Canada). Against the background of successful Russian operations, such strife in the Western coalition looks unpleasant. Therefore, the head of the Pentagon and the American generals are doing everything to show their "power". But this demonstration looks more like a fashion show.