After a quarter of a century, saturated dives return to the Navy

November 15 2015
15
As part of the factory running tests of the rescue vessel “Igor Belousov”, for the first time in the last 25 years of the Navy, diving descents were carried out in sea conditions to a depth of 100 meters in the long stay mode (DP) under increased pressure. 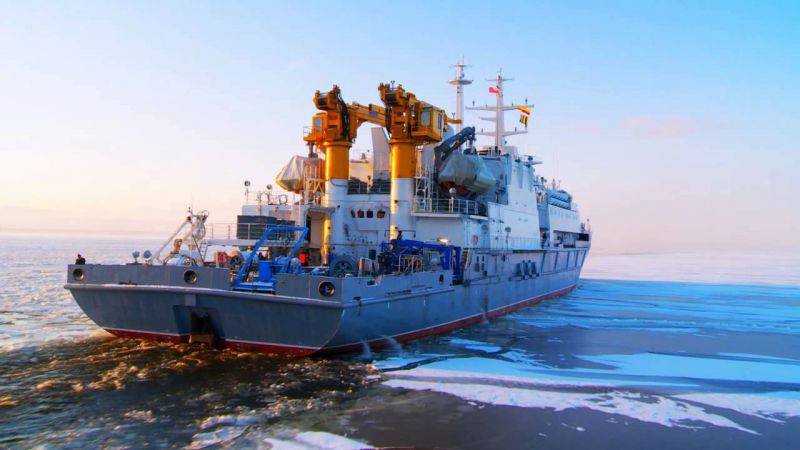 During the tests, six divers underwent compression in the living compartments of the pressure chambers of the deep-water diving complex GVK-450 located in the central part of the vessel, and were under increased pressure of the gaseous medium corresponding to pressure at a depth of 100 m.

To perform underwater technical work, the group of divers was divided into two triples, which in turn were delivered in a dry diving bell to the ground to the working depth of 100 meters. In accordance with the program, a submersible hydraulic station, underwater tools and deep-sea diving equipment were tested during the work. To ensure the descents and assist divers, a remote-controlled underwater vehicle “Panther Plus” was used with a working depth of up to 1000 m. 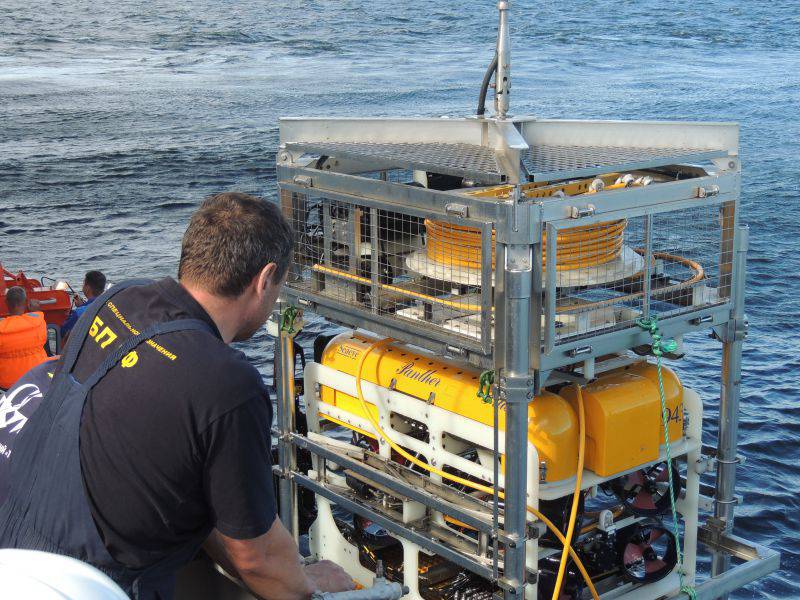 The first three divers carried out work using hydraulic tools: various drills for wood and metal, a drill hammer, a grinding machine, etc. At the end of the work shift, the first three returned to the pressure chambers, and the next one took its place. 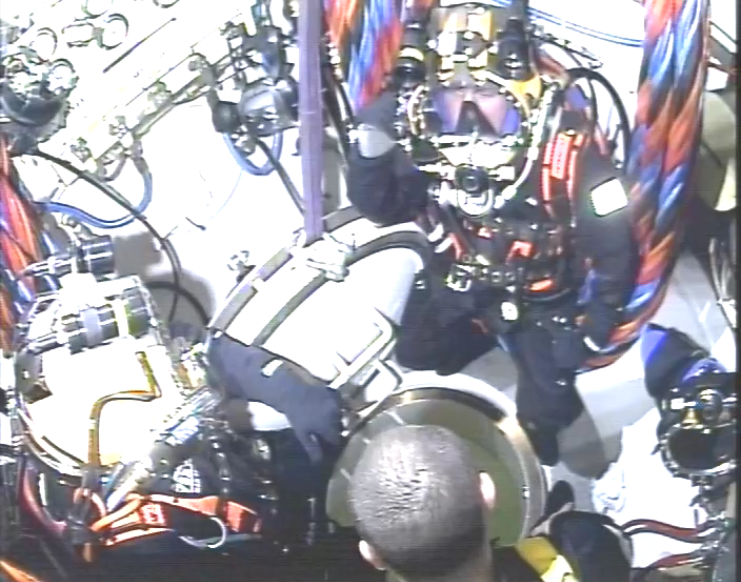 The second three worked on the layout of the submarine rescue device enclosure (ACS PL): they installed the hose nozzles for supplying high pressure air and ventilation of the submarine compartments. In addition, underwater technical works were carried out using oxygen cutting. 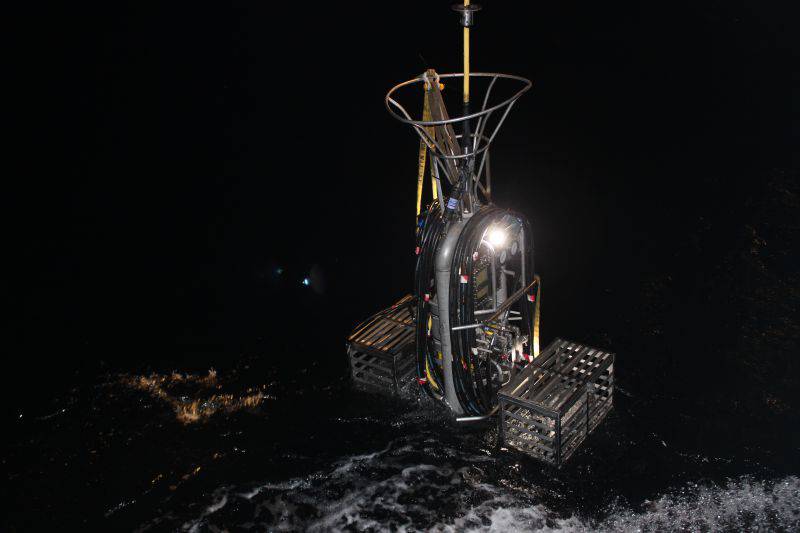 In the process of descent, an emergency operation of the deep-sea diving equipment was worked out, in which the diver disconnects from the supply of breathing gas through the hose, switches to breathing from the emergency apparatus and returns to the bell. 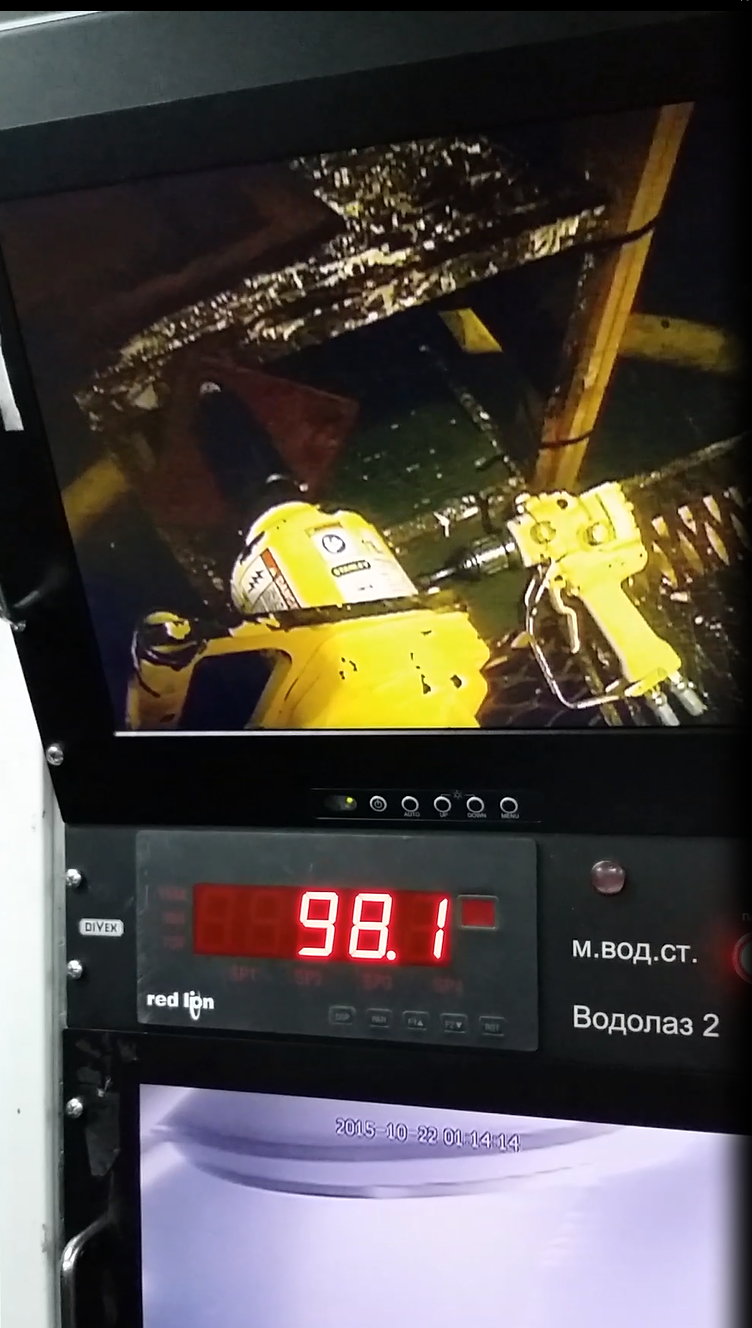 All tasks were successfully completed. The total duration of the PD was 4 days, the execution time of each of the three underwater technical works in the aquatic environment is about 3 hours.

According to the results of the passed tests, the efficiency of the deep-sea diving complex GVK-450 of the rescue vessel “Igor Belousov” of the project 21300С was actually confirmed.

In the second half of the 20 century, experts found that diving with the DP method, or the so-called “saturation dives” - saturated diving, significantly exceeds the short-term useful life: 10 times with 100 meters depth, 150 meters - with 30 times, with 300 m - hundreds of times and at great depths have virtually no alternative. Thus, the residence time of a diver at a depth is determined by the amount of work and is limited only by his physical strength.

However, in our country for many years it was believed that a military diver needed a few minutes to accomplish the tasks assigned to an emergency submarine, which was ensured by the use of short-term dive modes. The tragedy of the Kursk has shown that it may take a long time to perform complex rescue operations under water. When people’s lives are at stake — every minute counts — emergency and rescue operations should be carried out continuously. Such work can provide only DP mode.

In the Soviet years, 40 specialists of the State Research Institute of the Ministry of Defense of the Russian Federation made a significant contribution to the development of diving techniques in the long-stay mode.

In subsequent years, work on improving the method of PD continued. In 1988 - 1994 Three series of simulated descents to various depths up to 50 meters with a long-term stay under pressure were carried out in the GBK-500 hydraulic bar complex. * As a result of the research, modes and methods for providing deep-sea diving descents were developed.

At the end of 90-x - the beginning of 2000-x, work on diving descents using the DP method was suspended, and this trend has not developed in the country for more than 20 years. And the last descents in the sea conditions were carried out in the distant 1991 year.

Finally, after 25 years, a turning point comes in the development of the Russian diving business. With the entry into the Navy of the ship “Igor Belousov”, the fleet will receive not only a unique rescuer, but also a platform for the development of deep-sea diving techniques and methods using the long-stay method.

GVK-450 for the rescue ship "Igor Belousov" is a unique project implemented jointly by Tethys Pro and the Scottish company Divex.

The deep-sea diving complex is a diving rescue and is designed to ensure the operation of 12 divers in human 3 shifts at depths up to 450 m 6 hours per day for 3 weeks followed by a single decompression, as well as for the rehabilitation of submariners evacuated from an emergency submarine with the help of the Bester rescue apparatus on board, or who left the boat independently (in a pop-up cabin or free ascent).

Ctrl Enter
Noticed oshЫbku Highlight text and press. Ctrl + Enter
We are
Rescue ship "Igor Belousov""Igor Belousov" will come to the rescue
15 comments
Information
Dear reader, to leave comments on the publication, you must to register.