Tricky comments. Well, what else would press these Russians?

November 10 2015
127
Indeed, what? They didn’t give a shit about sanctions, sticks to gas wheels, too, and the appeals not to spread rot to the poor women of the “moderate terrorists” somehow answered in a very peculiar way ... We must do something! 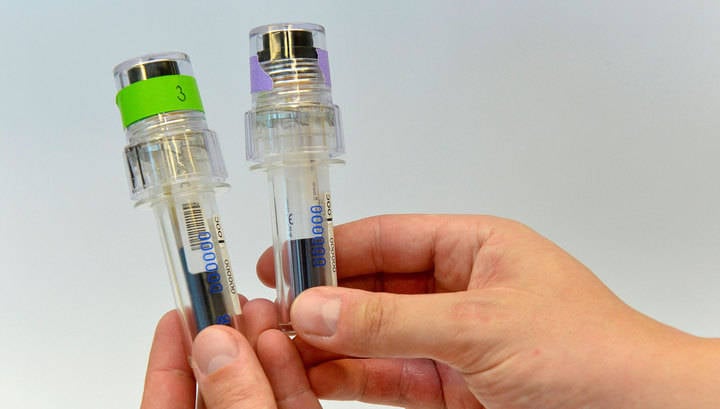 It is necessary, it means, it is necessary. Nate, Russians, doping scandal. And not just a scandal, but a scandal! Very special in scope and level of charges. After all, the main witness for the prosecution is not just Russian Yulia Stepanova, but an athlete who is caught on doping! And so decided, through pouring out mental anguish to the German channel, to rectify the situation in our sport. Well, or fix your financial.

Investigations? Nonsense! International sports officials not only compiled lists of Russian athletes for life-long disqualification - this has already happened, but also recommended for the first time to remove our athletes from all competitions under the auspices of the World Athletics Federation. Moreover, it is said that a system of indulging in doping has been created in Russia.

Indeed, what with the Russian ceremony? They are the freedom fighters bombing! Atu them! Behind the iron curtain!

“We identified criminal offenses, a number of suspicious cases and reported the names of those involved in law enforcement. We made investigations concerning the Moscow laboratory and the Russian National Anti-Doping Organization. We reported repeated interventions in doping control. Not only in the past year, but right up up to the present moment. As for the 2016 Games of the Year, I would recommend removing the Russian Federation, "said Richard Pound, head of the WADA Independent Commission.

The fact that the report will be scandalous was known long before its publication. The same TV channel ARD even managed to release a second film about the use of doping in Russia. And at once several western editions reported the results of their own investigations.
For example, in Britain, the Sunday Times claimed that almost 80 percent of the Russian winners of various major tournaments, starting with 2001 and at least 2012, had suspicious doping tests.

The Russian Anti-Doping Agency, which also came under the suspicion of the WADA Commission, calls its report, to say the least, raw. The report focuses on the alleged intervention of government officials, and even the FSB, in the work of the anti-doping commission of Russia, as well as on the bribes that the former president of the All-Russian Athletics Federation Valentin Balakhnichev took from athletes for hiding their positive doping samples. The fact that Balakhnichev was no longer in charge of the Athletics Federation did not stop the WADA functionaries from concluding that Russia allegedly was not taking any steps to improve the fight against doping. Well, without the FSB in this case in general nothing.

By the way, WADA has no right to disqualify any countries. The findings of the report are only advisory in nature. But the fact that the other representatives of the committees support, for some reason, there is no particular doubt. Apparently, the order came from above.

It started like something! Prohibit! Deprive! Disqualify! For life! Athletes! Coaches! Mutko! Putin's! Putin, too, must be disqualified. For what, it is not clear yet, but there is time, they will come up.

Gentlemen, why should you petty? Let's take a large caliber, or something ... Disqualify - so all that no one was hurt. Straight from 1991 year - broads - and in disqual. And medals take away from everyone. Then the Americans and the French distribute, they love second-hand.

Especially it is necessary to punish the most inveterate dopingists: sledgers, bobsled players, hockey players and these ... curlers. Exactly all as one secretly crack all sorts of rubbish. And about the athletes of the conversation in general there should not be any - the Olympics on the nose. Down with everyone. And shooters off with the Olympics. And these ... with horses. They, too, certainly dope. Especially horses. And the Russian fighters, too, to remove from participation in the Olympics. Because they can take revenge for the rest.

And this is called the "independent association" ... However ... You work rudely, as the character of one film said. It is clumsy. Neither you nor the results nor the opportunity for you to bring the defendant to the evidence in his defense. It's simple - Russian blame. And the point.

Yes, we did have punctures with doping, but let's be honest, not more often than those of the Americans. And we have never argued with this. But this case says only that the passions in the anti-Russian war is growing. But the fact that sports officials are involved in it is doubly insulting.

To our athletes, coaches and managers I want to sincerely wish victory in these fights. Absolutely unsporting and vile. Provoked by the couple of outright corrupt traitors, Yulenka and Vitalik Stepanovs. But we will definitely return to them later. And also not exactly sports.

Ctrl Enter
Noticed oshЫbku Highlight text and press. Ctrl + Enter
We are
Their fate will be decided by others.Situational analysis of the death of the MH17 flight (Malaysian Boeing 777), made on the basis of engineering analysis from 15.08.2014
Military Reviewin Yandex News
Military Reviewin Google News
127 comments
Information
Dear reader, to leave comments on the publication, you must to register.