US General "reassured" the Baltic states: Russia in the region is so strong that it can stop US and NATO forces at the entrance to the Baltic Sea

November 9 2015
183
The commander of US ground forces in Europe, General Ben Hodges, was marked by a statement that caused a real wave of discussion in the Baltic region. According to the American general, the Russian army is now so strong in the region that it can stop any enemy intending to get into the Baltic Sea, including the forces of the North Atlantic alliance and separately the United States. 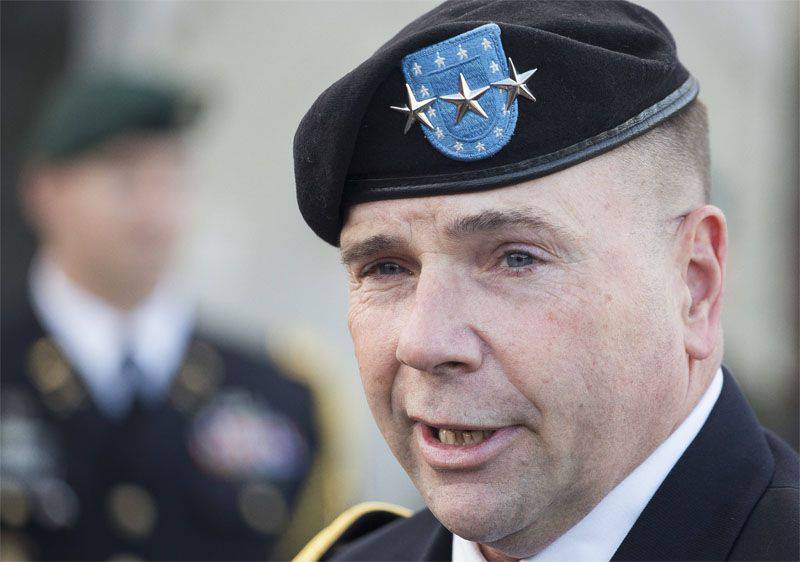 At the same time, Hodges recalled that in the region the United States has at least three allies: Estonia, Latvia and Lithuania.

According to the American general, the Russian power in the Baltic is "a serious threat to our allies and friends."

Hodges noted that the “threat” comes from the so-called Suwalki breach, where Poland borders on both the Russian Federation and Belarus.

Ben Hodges:
In a very short time, they can unite (forces of the Russian Federation and Belarus - note “IN”) and block the Lithuanian-Polish border. And thereby isolate the three NATO allies from the rest of the alliance.

With all these statements, Hodges clearly tried to justify the increased NATO military presence in the region, as well as the supply of armored vehicles to the Baltic countries. However, instead, it turned out that the American general added nervousness to the Balts, who understood from his words that if something happened, NATO would hardly want (and could not) come to their aid ... In general, the Baltic paranoia was clearly added after the words of Hodges, Hodges in the Baltics can be considered the worst psychotherapist ...

Ctrl Enter
Noticed oshЫbku Highlight text and press. Ctrl + Enter
We are
Results of the week. "Whose will you be?" Whose serf, I ask? "
Military Reviewin Yandex News
Military Reviewin Google News
183 comments
Information
Dear reader, to leave comments on the publication, you must sign in.