Soviet aerial photography in the sky of war 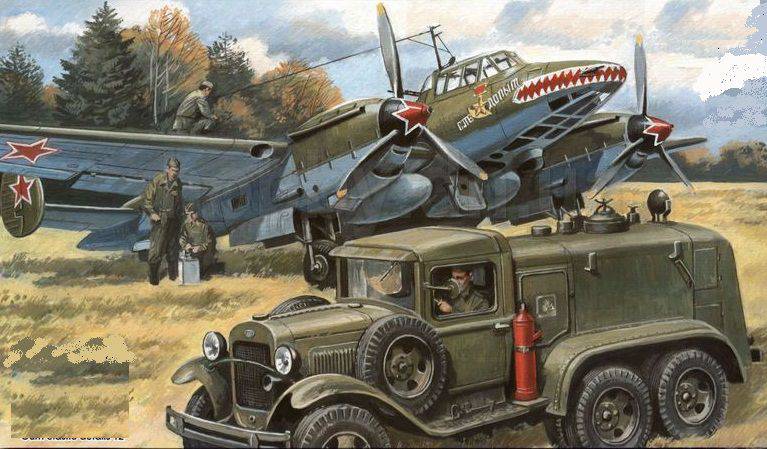 Combat operations of the ground forces are successfully deployed only if they are provided with all the necessary information about the enemy. Much of this data is obtained by aerial reconnaissance. Its role and importance in the Great Patriotic War is difficult to overestimate. It was with the help of aerial reconnaissance that it was possible to quickly enough ensure that information about the actions of the enemy in the colossal territory stretching from the Barents Sea to the Black Sea could be obtained tens or hundreds of kilometers in depth from the front line. Aerial photographic intelligence provided an opportunity not only to obtain the documentary data required by various branches of the armed forces for the conduct of hostilities, but also had a significant impact on their methods themselves. It is worth noting the effectiveness of aerial photography, its actual impact on the course of the battle, was ultimately determined not only by the ability of intelligence officers to obtain the necessary data, but also by the ability of staffs and commanders to properly use the information received.

In the thirties, junior and secondary specialists were trained for aerial reconnaissance at the Moscow school of special services. Later, in 1940, on the basis of this school, the Gomel School of Aerial Photography Services was organized, which graduated mechanics and photo equipment technicians, photo labs and photogrammetry decoders. At the beginning of the war, the school was relocated east, to the city of Davlekanovo, where in 1942 the evacuated Taganrog Aviation School was combined with it. On the basis of these two schools, the Militaryaviation intelligence school (WAUR), in which, in addition to photo specialists, they began to train crew members of reconnaissance aircraft. 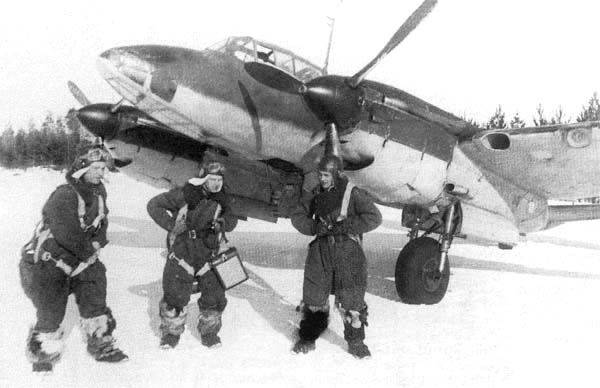 In addition to the regular reconnaissance aviation units, aerial photographic surveys were conducted by specially assigned for this purpose crews of bombers, attack aircraft and fighters. Sometimes they were united in freelance reconnaissance air squadrons.

The use of the results of aerial photography was very dependent on the literacy of the decoders. For example, the British systematically bombed the most important industrial enterprises in Germany and conducted aerial photography surveys. Specialists of those industries, whose enterprises were subject to destruction, were specially invited for interpretation, for people who know the general structure, the main elements and the technology of a particular production. They could, better than others, by pictures, determine whether the enterprise was disabled after the raid, whether the restoration work reached a level after which it is possible to resume production and, therefore, whether re-raid is necessary, etc. 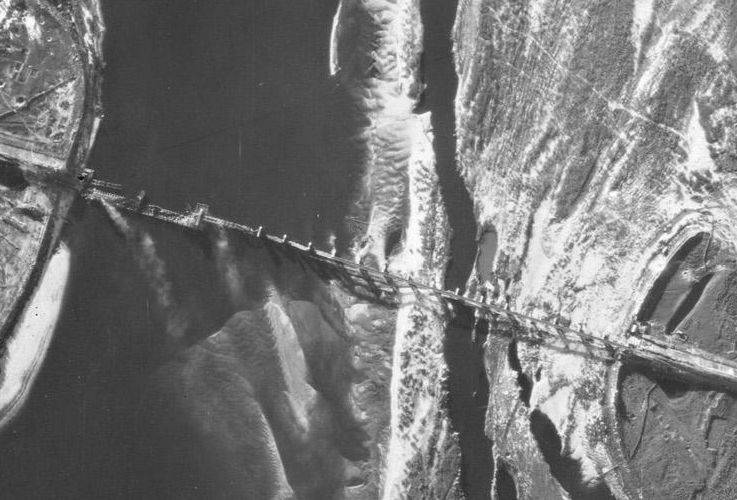 The most prepared interpreters at the beginning of the war were graduates of the Moscow school of special services and the Gomel school of aerial photo service, who had experience in deciphering during the Winter War with Finland. However, their number was insignificant, and we did not have any decoder specialists with a higher education at that time. The main personnel of the decoders had to be prepared during the war.

A rather typical example of how this happened can be the fate of A.S. Lyubchenko. At the beginning of the war he graduated from the infantry school; then half a year was at the front, fought at Stalingrad, was wounded, was taken to hospital. After the hospital - Davlekanovskoye Vaur, a three-month interpreter course, and at the end of 1943, he was appointed senior interpreter of the 39 orap.

The experience of preparing decoder commanders from the general commanders who, as a rule, were discharged after being wounded from the hospital, and sometimes even found to be unfit for military service, was fully justified. Lyubchenko, for example, in 1944, became the head of the photo division - a highly qualified interpreter who successfully obtained intelligence information during the end of the battle for the Dnieper, during the Yassko-Kishinev operation, during the liberation of Bulgaria and Yugoslavia, on the outskirts of Budapest and Vienna.

After the Winter War, it became clear that it was necessary to have not only a sufficient number of interpreters - junior and middle managers, but also highly skilled craftsmen. However, with the beginning of the war with Germany, there was no time left for their preparation. They found a way out of the situation by deciding to prepare in a short time at the Faculty of Electrical Special Equipment (FESO) of the Zhukovsky Military Air Academy cartography (MIIGAiK). This did not cause any difficulties, since the theoretical and technical foundations of aerial photography carried out in the interests of solving national economic problems and for the purpose of military intelligence are generally close.

The scale of the work performed by the aerial reconnaissance of the Air Force can be judged, for example, by the results of the combat activity of the 98th separate guard Red Banner Order of Kutuzov reconnaissance air regiment. During the period from June 22, 1941 to May 9, 1945, his pilots made 4941 sorties, during which a total area of ​​1 square meters was photographed. km, including 339 sq. km. km of enemy defensive lines. In the regiment, 400 air films were processed (299 276 frames); 5041 thousand photographs were printed; 459 139 photographs and 340 10 photographic plates were compiled and decoded; manufactured 142 business targets. The pilots of the regiment, in total, explored 19 airfields, 990 railroad stations and nodes, 1131 industrial facilities, 2789 settlements; 10410 15 aircraft found, 612 56 tanks, 448 vehicles, 266 steam locomotives, 21 wagons and railway platforms, 872 bridges and crossings, 1 military depots, 681 anti-aircraft guns, 140 field artillery guns, 6686 machine gun nests, 3187 bunkers and bunkers, 16599 command posts and communications centers, as well as more than 16 thousand other enemy targets (armored vehicles, armored trains, mortars, tractors, tanks, fuel depots, etc.). 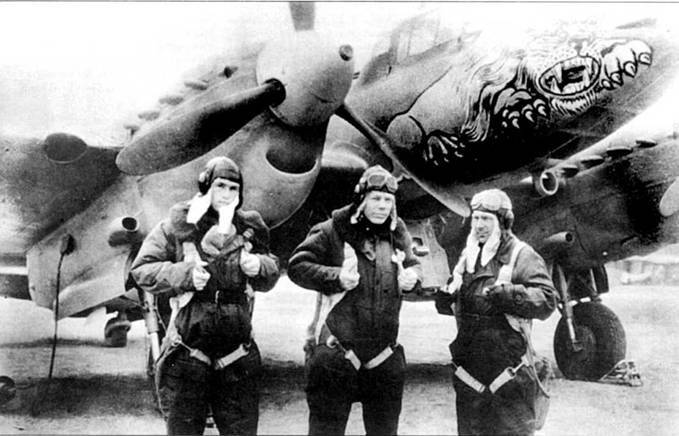 Of course, the different air regiments had different data describing the total combat activity, were not the same. But, given that during the war 20 of individual reconnaissance air regiments and air squadrons, as well as a significant number of non-standard aerial reconnaissance aircraft in bomber, assault and fighter aviation, you can imagine what a huge flow of intelligence information came during the war years from aerial photo prospecting, and how much work it was necessary to do this. “Photo reconnaissance is everything for us. Without aerial photo reconnaissance, we are blind,” practically all Soviet commanders of that era, who led large operations, could subscribe to one of the front commanders of the front, said in 1944.

It is known, for example, that in the summer of 1944 of the year, during the preparation of the Iasi-Kishinev operation, the enemy defense system, which was in front of the 3-th Ukrainian Front, was repeatedly photographed to the full depth by the 17-VA reconnaissance aircraft. Photographing was done both by 39 oraps and by crews of bomber, assault and fighter aircraft. Aerial photographs of various scales (up to very large-scale perspective ones) were obtained, fixing the enemy’s defense at various stages of its creation, which, in combination with the data provided by ground military intelligence, ensured the opening of the enemy’s entire defense system.

The German battalion commander, Captain Hans Liebsch, captured on August 20, during interrogation did not cease to be surprised that "the Russians absolutely knew the location of all the firing points, firing positions, command posts, observation points and very correctly struck them." This recognition is not only high quality intelligence, but also the ability to effectively use its data.

In 1945, the intensity of aerial photographic exploration reached a maximum - approximately 7,5% of all combat sorties of aviation was carried out to conduct it. Thus, in the interests of the Berlin operation from March 20 to April 16 of the year 1945, 2588 aircraft were flown for reconnaissance, and the enemy’s defense system was photographed 8 once and for all its depth. G.K. Zhukov wrote: "According to the results of aerial photography, captured documents and interrogations of prisoners, detailed diagrams, plans, maps were prepared, which supplied all troops and command and command instances up to and including companies."

Scheduled checks of the results of deciphering, aerial photography materials of the German defense after the last occupation by our troops showed high reliability of opening all the most important elements of enemy defense (80-90%. Defensive structures were identified). However, enemy fire weapons during air strikes and artillery preparation of the Berlin operation, in particular, located on the Seelow Heights, were not reliably suppressed, as a result of which the enemy’s defenses were able to break through only on the third day. 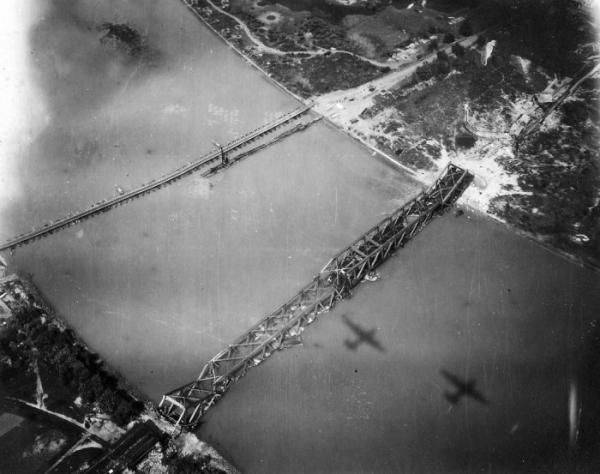 Thus, it turns out that this time, for the preparation of the operation, the aerial and photo prospecting materials for some reason were not properly taken into account. This resulted in ineffective artillery firing at squares, the use of tanks to break through defenses, and eventually led to the unjustified death of a large number of our soldiers and officers who attacked the enemy in conditions where his defense was not reliably suppressed.

Equally tragic are for ordinary soldiers, both the underestimation of the command of active and purposeful intelligence, and the inability to use its results during the planning, preparation and conduct of the operation. And this was confirmed in many post-war local conflicts, including the most recent ones.