November 10 2015
99
Year after year in our country there is no term “militia”, but the holiday, following the term itself, fortunately did not go away into legal non-existence. Having changed its name, it is being celebrated today by hundreds of thousands of both acting employees of the internal affairs agencies and veterans of the service, who gave many years to the guardian of the rule of law not only in Russia, but also in the Soviet Union. The official name of the holiday of law enforcement officers today is as follows: Day of the employee of the internal affairs bodies of the Russian Federation. The holiday is celebrated annually on November 10 - a long-term tradition that the reformer’s hand has not touched. 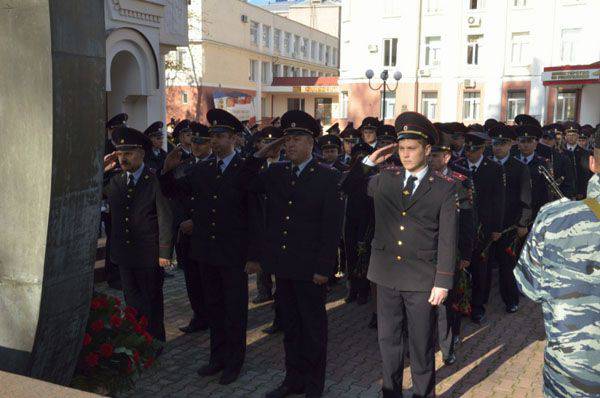 To begin with, it is necessary to recall that the so familiar word “militia” with a slight stroke of the pen in the legal context disappeared 1 in March 2011 of the year. The then Russian President Dmitry Medvedev decided that instead of the RSFSR Law No. 1026-I of 18 of April 1991, “On Police”, it is imperative to create a new law - the Law “On Police”. Despite the fact that a considerable number of citizens of the Russian Federation (as shown by public opinion polls) reacted to this kind of initiative with bewilderment or distrust, the law was still adopted. Moreover, as the authors of the new law report, they took into account quite a few proposals “from the floor”, which were made during the discussion of the legislative base of the Russian law enforcement system with a new name.
Recall that in the 2011 year, if you believe the publications of the FOM (Public Opinion Foundation), only 11% supported the renaming initiative, more than 30% of respondents opposed and more than half of the respondents said that they would not care whether the police remained or the police would remain. Apparently, it was decided in the camp of state authorities that if the majority really didn’t care, then the initiative must be taken into their own hands and renamed. Of course, it was stated that the renaming is carried out at all, not even for the sake of renaming, but for the sake of increasing prestige and respect for the Russian law enforcement officer. But so, any government initiative, if it was conceived to be implemented without fail, is argued with double enthusiasm.

It is worth paying attention to the data of public opinion research institutes about not the renaming, but the real activity of the Russian police of today’s day and comparing this kind of activity with yesterday’s. The press service of the Russian Ministry of Internal Affairs and the websites of the monitoring services presented a summary of this issue.

VCIOM It presents data from a sociological survey called the “Police: Yesterday and Today.”

Question one:
Do you trust the police in your region?

It turns out that they trust or rather trust regional police 46% of respondents. It is noteworthy that in 2013, an identical result was recorded. Do not trust or rather do not trust - also 46% of respondents. At the same time, in comparison with 2013, the level of mistrust increased slightly - by about 1%. But in 2005, the mistrust of the population to local law enforcement agencies was all 57%.

Question twowhich is very similar in content to the first question:
How do you generally evaluate the work of the police in your region? 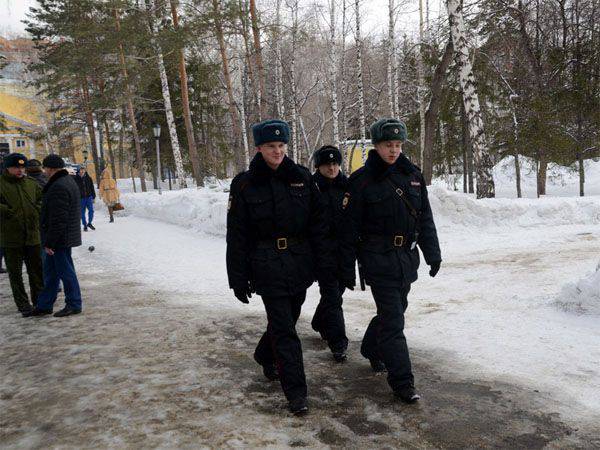 25% of respondents answered “good” and “very good”. This, by the way, is a record high since 2005. The answers “bad” and “very bad” were given by 20% of respondents. The rest either decided for themselves that the police were working “on average”, or simply could not give a definite answer.
When answering other questions, the following results are shown. 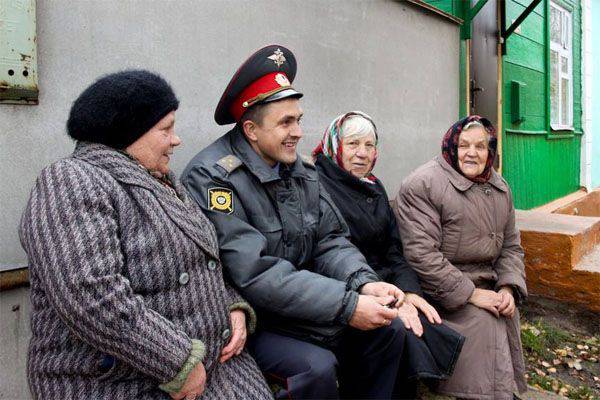 The statistics in this case are very ambiguous, since ignorance of the family name and the appearance of a precinct policeman by one or another citizen may not say that the precinct inspector does not work well, but that the law-abiding citizen who did not do what could acquaint him with divisional in the framework of the professional duties of the latter closer.

In 1990, only 8% of respondents said they would like their children to become law enforcement officers. In 2015, those are already 20%. Not wanting the fate of a police officer for their children - 71%.

And law enforcement officers themselves today admit that the level of mistrust towards the police among the population is very high. There are several reasons for this. One of the main reasons is the media bias observed in our country. This is a situation in which the media are much more actively covering such events involving police officers, in which the police themselves violated the law. Headlines like “a policeman killed ...”, “a police officer in a state of intoxication violated ...” or “a police officer extorted ...” are found in our media much more often than publications about law enforcement officers saving people’s lives, working to curb the activities of drug dealers, illegal businesses and Others. With publications of a positive nature, perhaps, the press service of the Ministry of Internal Affairs, and the major media rarely condescend to such "trifles". After all, the headline “a policeman killed” sounds much more cashier than the headline “a police officer prevented”; with its help, the media can attract much more readers (viewers, listeners).

Of course, it cannot be said that the relatively low level of trust of the Russian police among the Russians themselves is solely due to the mass media. Unfortunately, there is what is called, and their black sheep, who believe that the presence of police pursuit gives the right to be higher than the law. There are people who are ready to use their official position not to serve the people, but to form their local clan, a corrupt level, often turning into a real mafia, controlling virtually all spheres of life in the whole region. These black sheep according to the laws of the genre and focus on themselves significantly more public attention than honest and decent people in the shoulder straps of the Interior Ministry. However, this does not mean at all that Russia does not notice the successes that are achieved by law enforcement officers. These include counter-terrorism operations in different regions of the country, liquidation of underground “financial laundries” (structures for money laundering and withdrawal of funds abroad), and protection of public order during various rallies and mass actions, and everyday work to prevent thousands of domestic crimes. 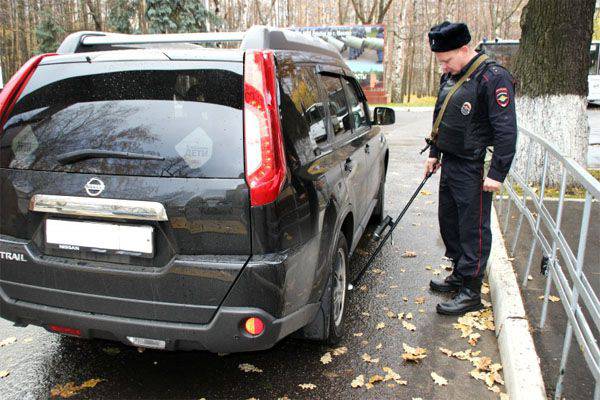 On this day, “Military Review” wholeheartedly congratulates those police officers who proudly wear shoulder straps who stand guard over the rule of law and are ready to respond to the citizen’s call for help at any moment. Happy holiday, law enforcement officers! Happy holiday, service veterans!