CONCORDE-2 jerk to hypersound. Is Concorde coming back? 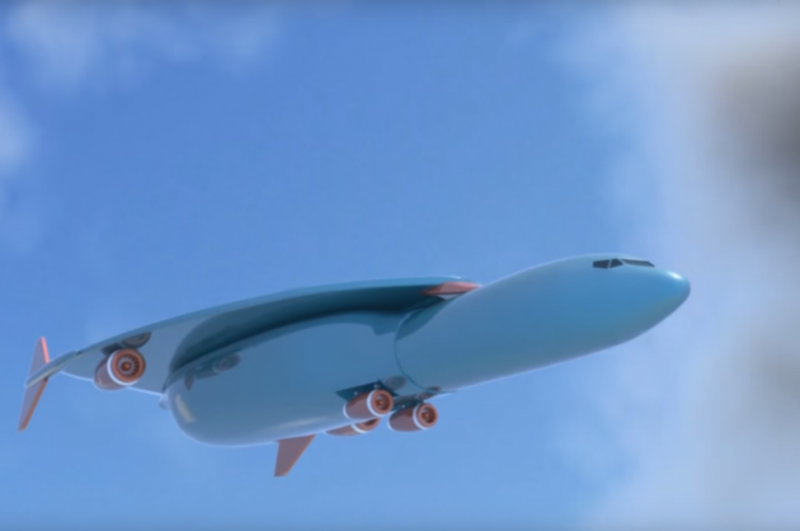 In July, 2015, the company Airbus patented the design of the aircraft "CONCORDE-2", which, according to the project, should fly at a speed of 3,435 miles per hour (about 5500 km / h). "Squeeze" from patent information: 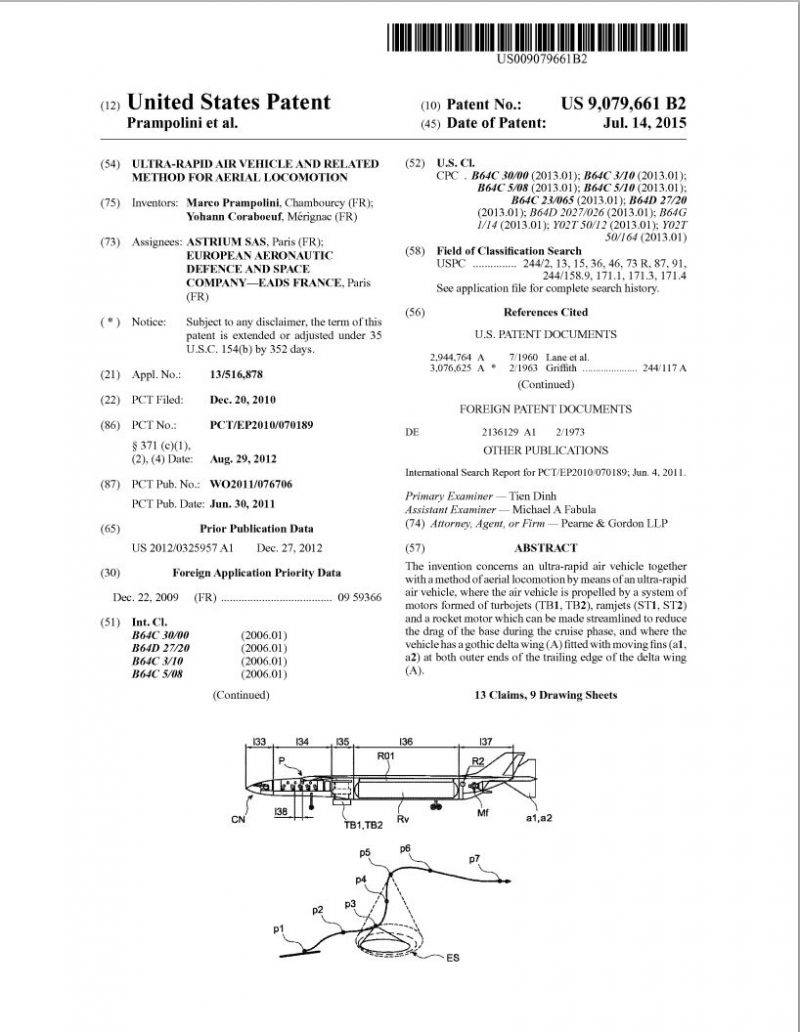 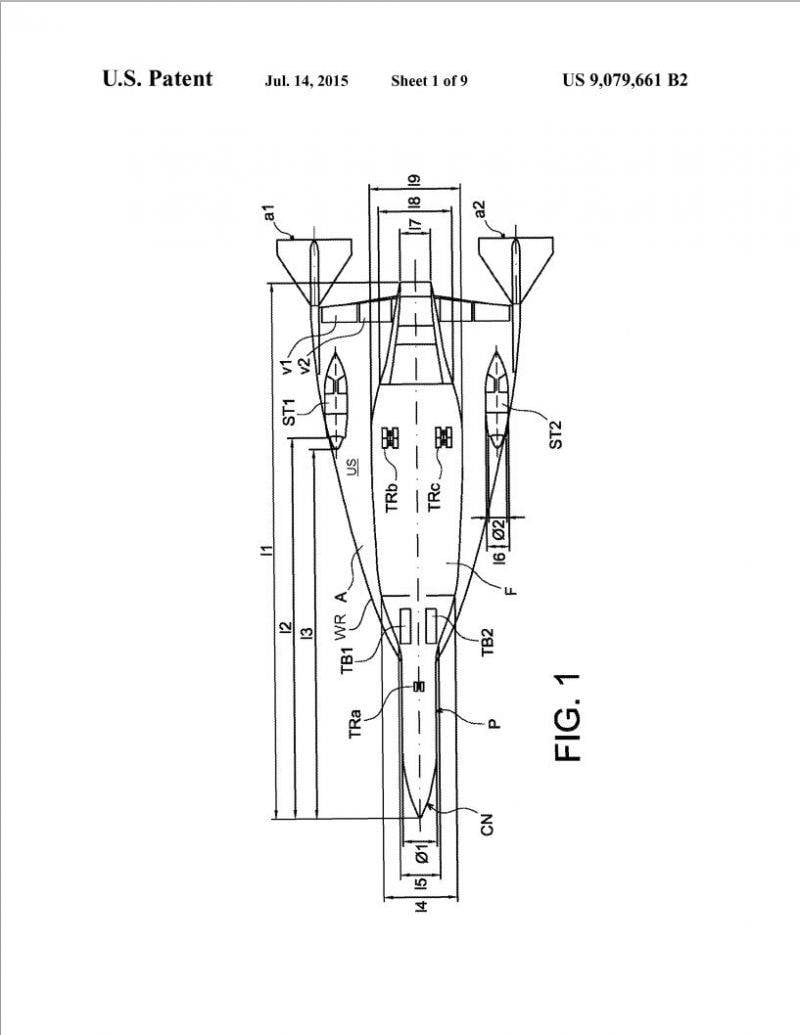 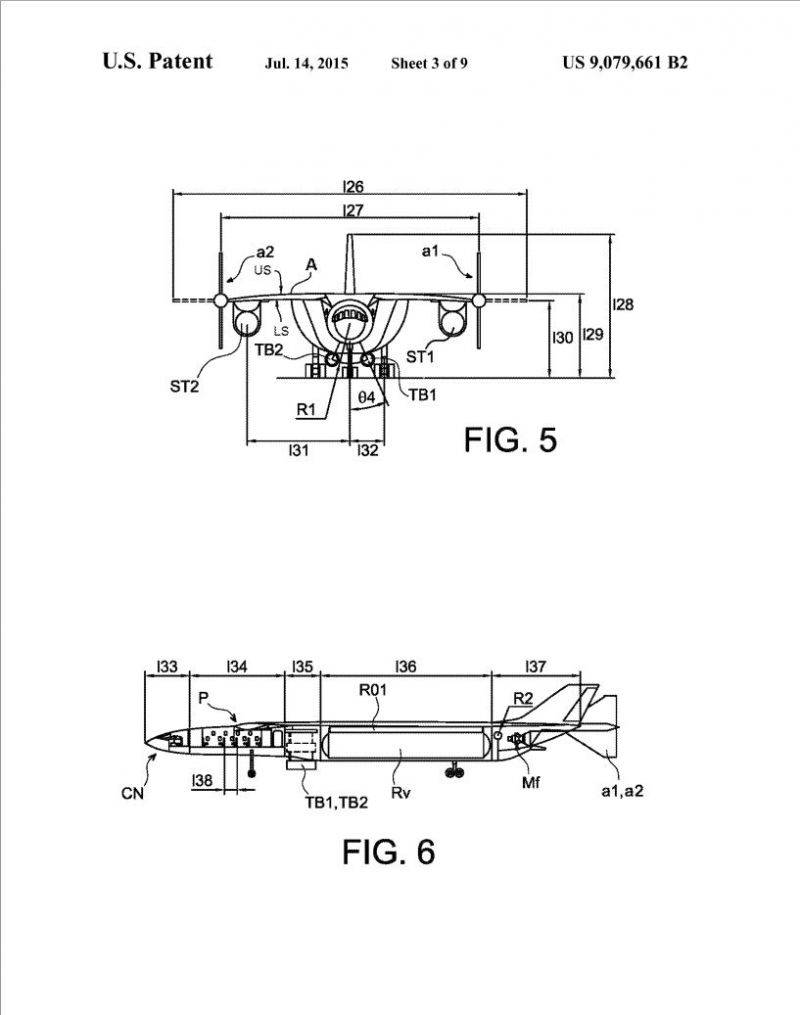 It seems to be nothing unusual: a hypersonic passenger plane, a patent (as is customary), again from Tokyo in Los Angeles for three hours of summer, from London to New York in one hour, cruising - 4,5M. Ordinary ...

Some oddities, of course, are present (response to PAK YES? New EU strategist?): 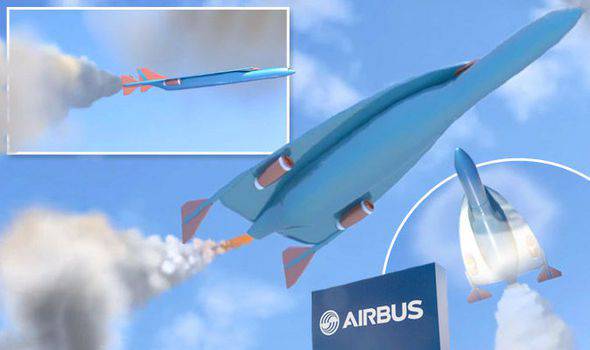 EADS is the sole shareholder (100%) of Airbus SAS, a company engaged in the manufacture of passenger, cargo and military transport aircraft. In total, the concern EA Airbus Group owns:

2. The patent for some reason states that the liner from Airbus designed mainly for military purposes.

"Airbus intends to use Concorde-2 primarily for military purposes .."

3. The patented "Concord-2" can accommodate 19 passengers only.
"... and would have a passenger limousine of 19 passengers."

Will it be enough? Or am I behind the times?

For all history There were two cases of commercial use of supersonic passenger aircraft: 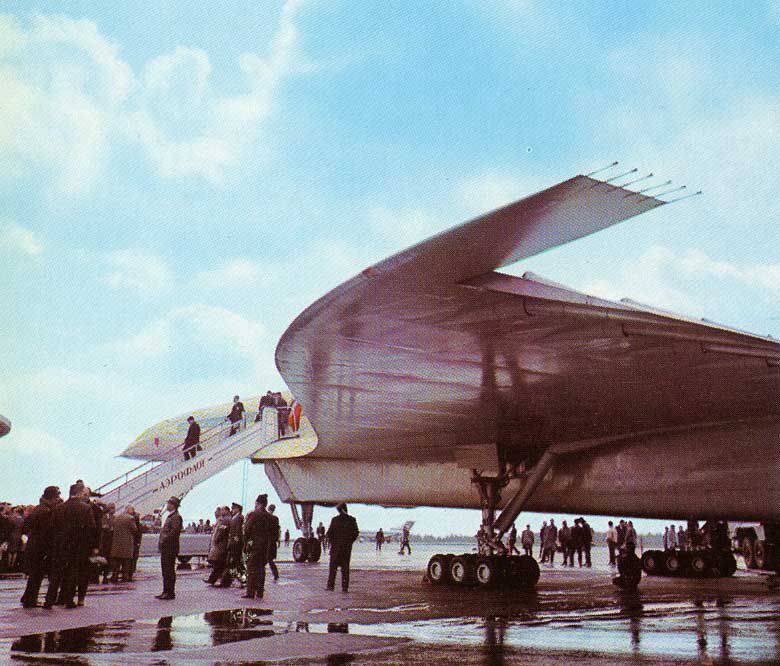 I was touched by the cost of a ticket on the route Moscow-Almaty-TOTAL 68 rubles from the nose (on a subsonic aircraft 48 rubles). Nostalgia just the same.

At the beginning of 1980-x operation of "Concord" began to make a profit. In 1983, at Air France, it amounted to 3,1 million dollars, in the following - already 6,3 million. Profit growth was observed in subsequent years. Thus, the British airline British Airways, starting with 1983, began to receive an average of 12-15 million dollars annually. 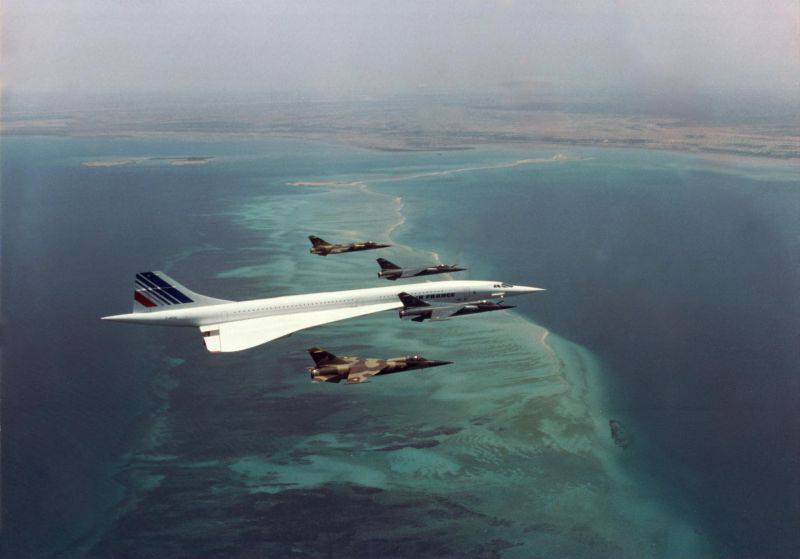 The tragic but very interesting video of -Air France Concorde flight 4590 takes off with fire: Concorde crash that killed 113

For reference (suddenly, who does not know): 6 December 2010 The American airline Continental Airlines was found guilty by a French court for the unpremeditated murder of 113 people who died in the crash of the 10 supersonic Concord passenger plane near Paris. The court ordered the American company to pay in compensation for damages and fines 1,2 million euros ($ 1,6 million).

What is interesting in this patent? 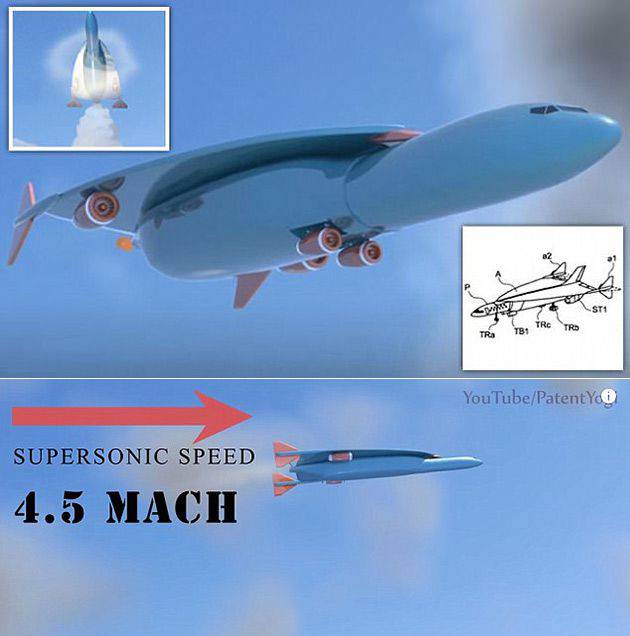 In principle, everything is literally "chewed" in this video:


Who does not understand or who is too lazy to watch until the end, I will try to explain. 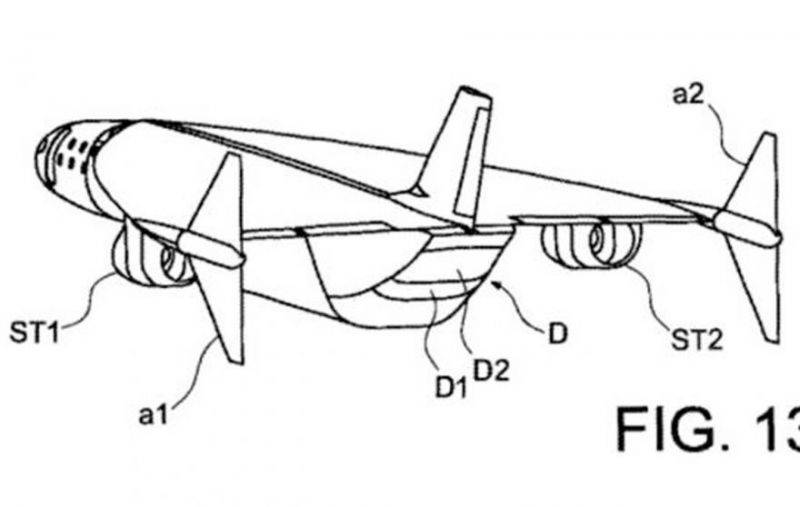 Hypersonics takes off from a conventional runway on turbofan engines, then using LRE (H2 + O2), almost vertically rises to a height of 35.000m, while overcoming the supersonic barrier and, overclocking to 4,5M, includes hypersonic uniflowers. Cruising flight, on cruising range on the same hypersonic direct flow. Landing again on the old, tested TRDD. Fuel is hydrogen, oxidizer: oxygen and outside air (for turbofan).

The specially designed shape of the wing and the fins, as well as overcoming the supersonic barrier in vertical acceleration (the propagation of a sound wave parallel to the surface of the Earth) solves the main problem of the SPS (or rather, GPS) - noise.

The SPS (Concord-1) at take-off produced over two times more noise than the Boeing-707 or DC-8. True, no one did the measurements, but this is the main formal argument against the "Concord" in the American sky on behalf of American air transport services.

They also talked about the OBS agency about the increased opacity of Olympus, which supposedly would inevitably lead to an increase in cancer of the American electorate - but this argument does not stand up to criticism even from the US State Department and its employees.

For your information: TRP "Olympus" 593-1 had a higher noise level than the dual-circuit NK-144 installed on the Tu-144.

There is no transfer of all forces, and the "censorship" is unlikely to miss such a volume.

Special for EADS: We are citizens of the Russian Federation do not flatter ourselves with a “paunchy”, purely civilian form of the CONCORDE-2 fuselage (seemingly for sure - this is not the Tu-160 and not the B-1B). Do not buy. Fuel H2 (hydrogen). And we know how to hydrogen, and how to store it.
Therefore, Airbus will not take us through a hypersonic passenger transcontinental airliner on the 19 passengers. We are watching. Here such bison on the "Military Review" are going to quietly push through a hypersonic strategist under the guise of GPS on 19 oligarchs heads will not work.

And finally: SupersonicAnd come back?

Around the world, aerospace companies and organizations, including NASA, are intensively developing technology that will allow passengers (or cargo) to fly again faster than the speed of sound. Here are some of them: 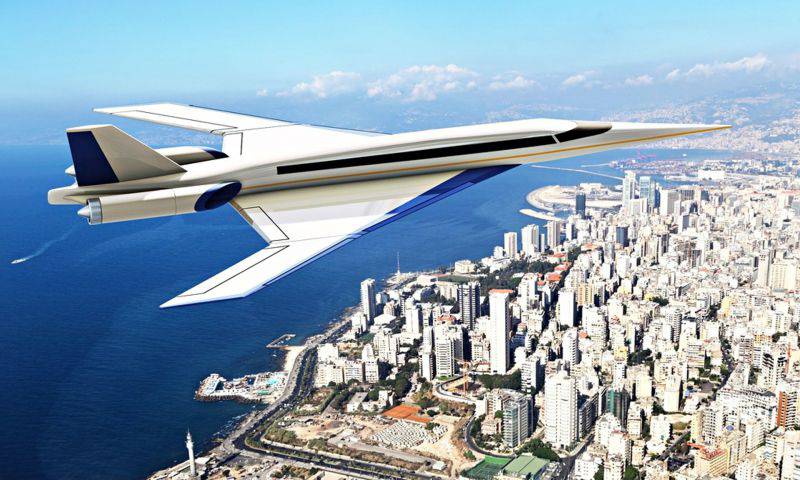 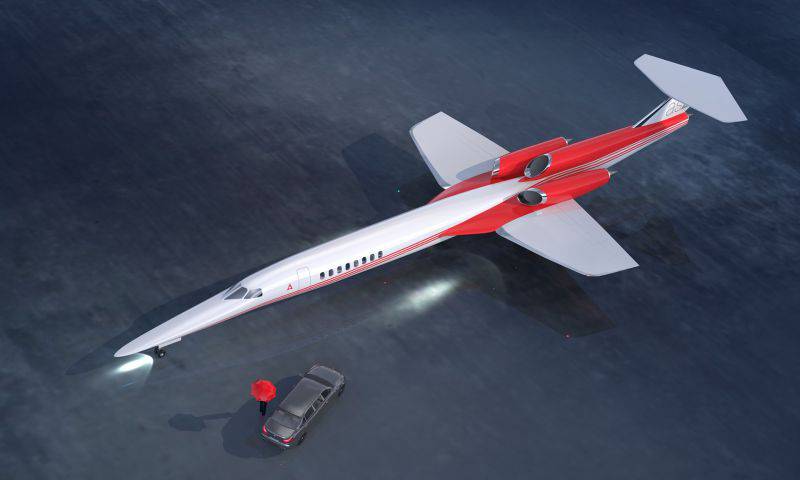 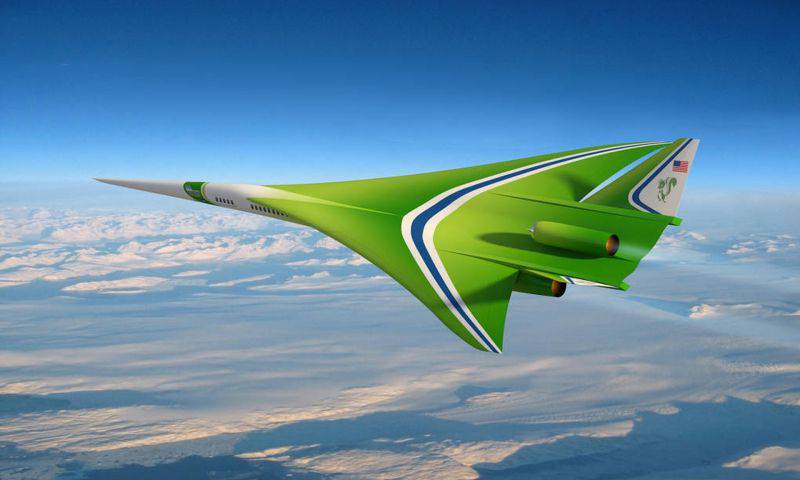 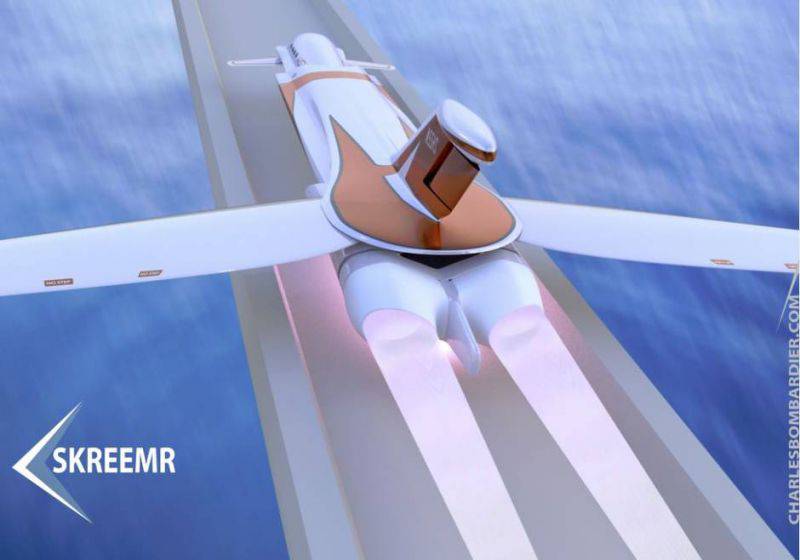 It is noteworthy that this Supersonic is launched from the Earth. using an electromagnetic rail gun with a speed close to 5000 km / h. Then the Skreemr should launch a liquid-oxygen rocket engine, gaining height and speed sufficient to turn on a hypersonic straight-through jet-air engine that uses the speed already reached by the aircraft to compress the incoming air. By burning incoming hydrogen and compressed oxygen, this engine can accelerate the plane to an incredible speed in 12 000 km / h. 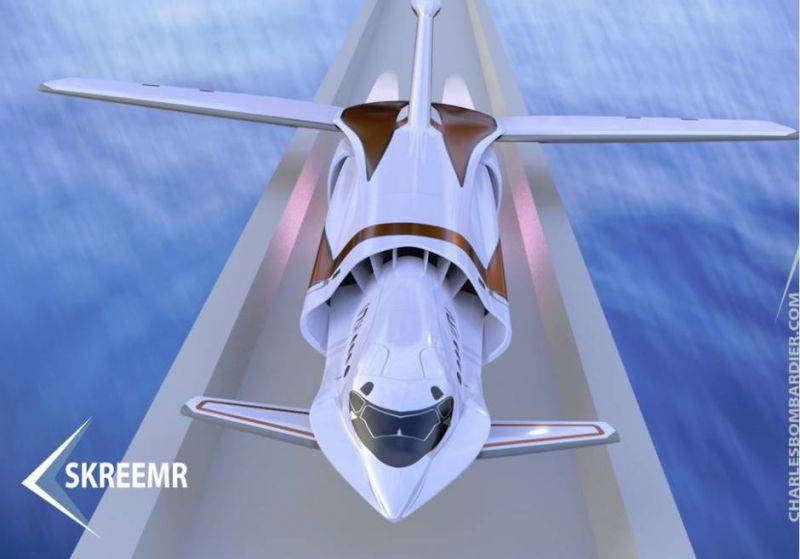 Poor 75 passengers (which it is designed for), how will they survive this launch from an electromagnetic catapult? There is no anti-nauseous paper bag. Anti-high-altitude suit suit everyone? 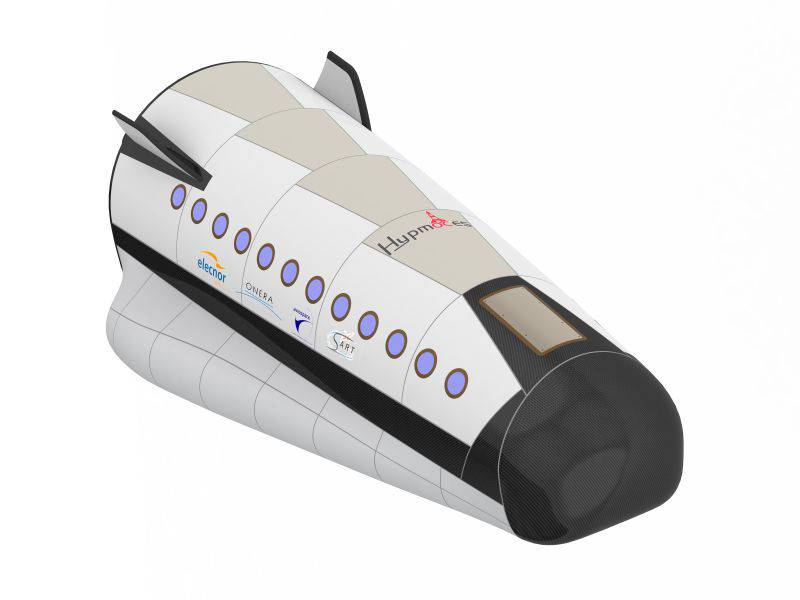 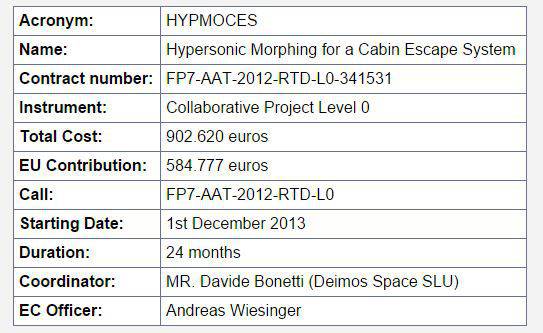