November 9 2015
171
Aviation Israel strikes in the Gaza Strip in response to another rocket attack by Palestinian extremists, reports RIA News message of the press service of the military department of the country. 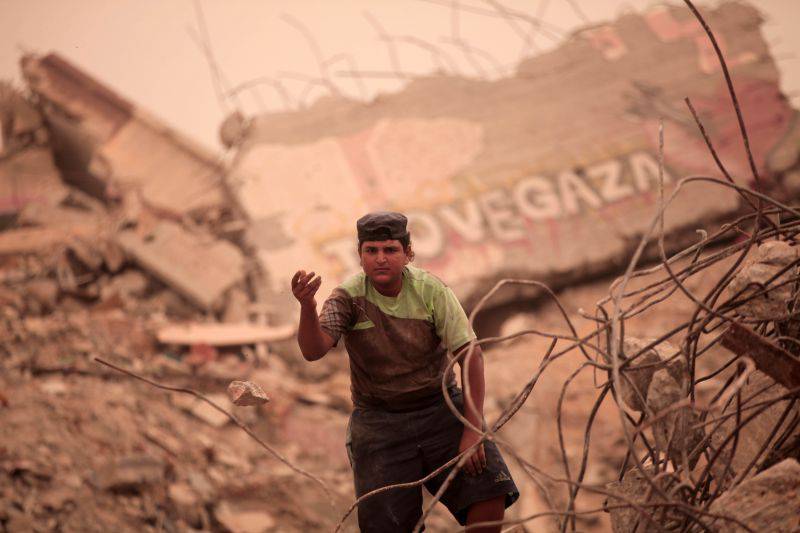 “The aim of the bombing was the position of the ruling Islamist movement Hamas in the southern part of the Gaza Strip,” the military said.

Released by militants on the eve of the rocket "fell in an open area in the south of Israel."

Information about victims as a result of mutual blows was not received.

The press service stressed that "since the beginning of 2015, the 19 missiles launched by Gaza terrorists have already exploded on Israeli territory."

Regardless of the religious convictions of the “rocket men” themselves and their belonging to any groupings and factions, Israel places responsibility for the breakdown of the truce on Hamas, ruling in the Gaza Strip, and it is up to it to respect the agreements reached.

Ctrl Enter
Noticed oshЫbku Highlight text and press. Ctrl + Enter
We are
Tanks and roses. Donetsk lives in a fragile truceReports from the militia of New Russia for 13-14 September 2014 of the year
Military Reviewin Yandex News
Military Reviewin Google News
171 comment
Information
Dear reader, to leave comments on the publication, you must to register.