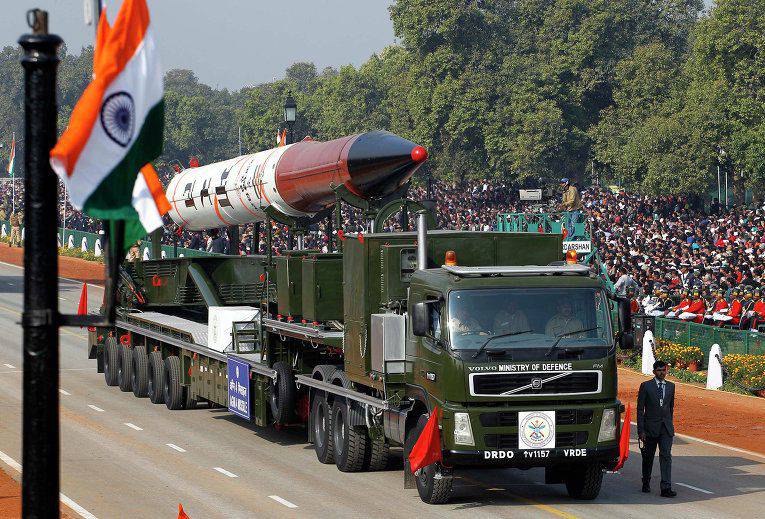 "The launch of a two-stage rocket, having a range of 4 thousand km, was carried out in 09.45 (07.15 MSK) from the test site on the island of Abdul Kalam off the coast of the eastern state of Orissa" - said in a statement.

Ctrl Enter
Noticed oshЫbku Highlight text and press. Ctrl + Enter
We are
Nuclear potential of China: history and modernity. Part 1The situation in the south-east of Ukraine. Chronicle of events. 3 May
Military Reviewin Yandex News
Military Reviewin Google News
27 comments
Information
Dear reader, to leave comments on the publication, you must to register.